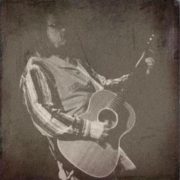 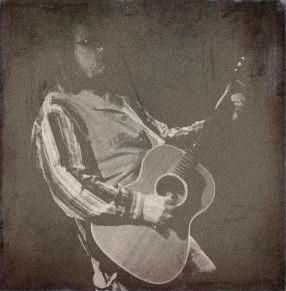 Part of the aging process is figuring out that you are old. You’ve done certain things thousands of times. Why aren’t you better at it? And how much longer do you have to improve?

Most of this stuff comes in little puffs. I recently realized I’d been playing a club in Newport Beach for 25 years, and had held the same last Friday of the month gig at the club for over ten years. That’s a long time. Also, I had to realize that I’d played with a couple of the guys in the band for over 20 years. No wonder they look so old.

I think more of a shock comes when you “inventory” yourself and your accomplishments. I’ve been writing songs for 40 years. Although I’ve written some good songs, shouldn’t there be more? Or better songs? I’ve played the guitar for 45 years, the mandolin for 22 years, and the bass for 20 years. One would assume that I’d be a cross between Segovia, Bill Monroe and Jack Bruce, but I am decidedly not. I’ve been writing about music for a much shorter time, only about 15 years, so most likely I will get better at that.

One can argue that since Mick Jagger and Keith Richard are 187 years old and still playing rock and roll it’s not a young man’s sport any longer. Folk and roots music has always been much more forgiving about age. Pete Seeger, Doc Watson and many others perform(ed) well into their 80s. But marketing does rear its ugly head. I can recall seeing a folk diva that used 40 year old photos in her promos and ads. Odd, since she was/is still a very attractive middle aged woman, but apparently a more marketable young woman.

Since it’s an aging world, we can expect more guys with hair extensions and spandex pants still romping at 65 or 70. Ringo just hit 72, looks good and can still smack the drums well. Debbie Reynolds still tours. Synchronized walkers next? Probably.

What about us oldsters that want to try something new? Luckily, 70 is the new 60 or something like that. The truth is that taking up a musical instrument or learning to write songs probably is easier when we’re younger, but most of us older folks have something young people don’t and that’s free time. Unless some major physical maladies are involved, there is no reason why an older person can’t learn an instrument or start writing songs. Stretch yourself a little.

My goal is to continue as if I’ll live to 125, but with more focus on learning more about the instruments I play, and turning my “give-a-shitter” (Bob Brozman’s term for how we govern ourselves) way down when I perform.

So go out and support live music. Don’t notice how old the performers may be. Tip the wait staff, smile at your brother and everybody get together and try to love one another.