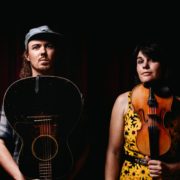 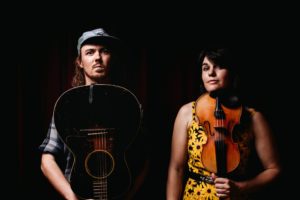 When I was approached about writing a regular column for FolkWorks, I had several ideas for the overarching theme. I thought about using each column to explore a particular aspect of roots and traditional music that I did not know much about but was attracted to. I thought about exploring my relationship to particular songs and artists. After some consideration, I realized that the common threads running through all of my ideas are meaning, relationship, and how music buoys resilience in each one of us. I decided on that as the focus of my column.

The next step was to choose the name. I have always found that a good, punchy title not only draws readers in, but also inspires me towards the main message and keeps me writing along the way. Late one night when I was feeling a particularly mysterious stirring in my soul, I went on a drive and put my Bruce Molsky playlist on shuffle. I sang along to a couple favorites, and then it shuffled to Bruce’s version of the tune “Pickin’ the Devil’s Eye,” from Mississippi fiddler Enos Canoy. This pizzicato-laced upbeat tune with all of its dynamic potential for creating rhythm on the fiddle was exactly what I needed at that moment, and I realized how appropriate the tune title is for my column. Given everything that’s going on in the world right now, we are all just out here trying to pick the devil’s eye, whether we realize it or not. We are all plugging along, in spite of ourselves and every force of evil that seems to be working against us.

Music is and has always been my saving grace, as so many of you can relate to. During the happiest moments of my life, I use music to affirm and celebrate what I am feeling. During the darkest moments of my life, I use it to cope and to sit with my pain. This has been especially true during the pandemic. My own picking of the devil’s eye during this time of global liminality began with Quarantine Happy Hour, a virtual music venue and community on Facebook started by old time music duo The Horsenecks. Started in early April 2020 and lasting through the darkest days of the pandemic, this outlet allowed people to commune around nightly music when other ways of meeting were impossible. I discovered so much new music through this group and made hundreds if not thousands of new friends that I am certain I would not have met otherwise. This is all because we need the music and community that accompanies it like we need air and water.

As the pandemic wore on, I became gainfully employed. I began to spend money on purchasing new and familiar music and supporting the artists, a concept that had been pretty foreign to me back in 2012 when I downloaded Spotify. The first album I bought was Jake Blount’s “Spider Tales,” from Free Dirt Records. It was the first vinyl, new or used, that I had purchased for myself. The way Jake’s overarching vision for this project came together so beautifully and succinctly was impressive. Of course Jake’s fiddle and banjo are both timeless and divine–he’s one of my favorite young players–but it was his voice in particular that lifted my spirit during a pretty hopeless time. This album and its powerful liner notes acknowledge traditional music’s legacy in a way that cut to my core and showed me what this music could be. Jake and “Spider Tales” have become wellsprings of inspiration for me.

Another pandemic album that had a deep impact on me was the self-titled album from musical duo Golden Shoals (formerly Hoot and Holler), which brings together the talents of Amy Alvey and Mark Kilianski. This album came out around the time I was going through raw personal pain, while also bearing witness to all of the death, destruction, and carelessness that characterized (and continues to characterize) the world. This album felt like a therapist talking about and affirming my feelings about both of those distinct sets of troubles.

I don’t remember exactly when I began listening to Che Apalache, but it’s hard to imagine my life without this band. During my last big Free Dirt Records haul, I purchased the vinyl of “Rearrange My Heart,” Che Apalache’s Grammy-nominated second record. I had engaged with it a bit on Spotify and YouTube, but listening to vinyl allows me to focus on a project and value its parts and their sum in a way that streaming services do not. I was absolutely blown away. The album’s subject matter covers the whole spectrum of the human condition, and does so with such delightful and dynamic musicianship and creativity that it’s been in my regular rotation for months now. The impeccable harmonies and palpable chemistry between the members made and continues to make me feel less alone and hopeless in the face of both personal and global strife.

Covid restrictions prevented the gathering of Che Apalache, so founder Joe Troop began work on a solo album. Released in August 2021, “Borrowed Time” joins Joe’s talents with the likes of Bela Fleck, Abigail Washburn, Nokosee Fields, Tim O’Brien, Trey Boudreaux, and others to create what is undoubtedly my favorite album right now. “Borrowed Time” is hope on steroids. I am always thankful for folk music that doesn’t gloss over injustice, whether historical or modern. However, the anger and other similar soul-stirrings we feel when we listen to such music are not very useful unless they are forward-looking and action-oriented. This call to action is what Joe’s album does so well. The lyricism, sometimes humorous, sometimes gut-wrenching, but always poignant, meshed with the masterful playing and powerful, sincere vocals creates a project that leaves me ready to fight for a better and more equitable world. It inspires me outward to collaboration and inward to my most genuine self.