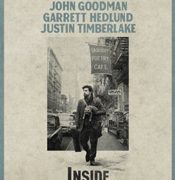 Have you seen Inside Llewyn Davis yet? 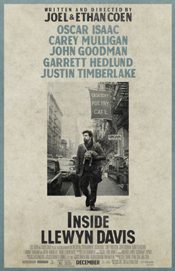 So, have you seen Inside Llewyn Davis yet? I really enjoyed it, and I felt it was reasonably similar to my own recollections of the folk scene in the 1960s. It’s set in Greenwich Village at a time when folk music was struggling to define itself and find its audience. We called it the “folk revival,” but in retrospect it was more than that—the music wasn’t so much revived as it was dusted off and given a fresh coat of paint.

Sounds simple, but it wasn’t. Not everyone thought the changes were necessary, or even good. Those days gave us the Kingston Trio, the Clancy Brothers, and “folk” recordings with full orchestras and backing singers. So-called folk started to be heard on mainstream AM radio stations. And for the first time, suburban kids living in the folk-free zone of middle America became aware of something out there that demanded more attention. I was one of them, and more importantly so was a weird Jewish kid up in Hibbing, Minnesota.

For those who had been immersed in folk music all along, it was an uneasy time. They knew the music and the culture had always been there—and that there was no need for either to be “revived.” Most of them had never considered becoming household names who occasionally appeared on network variety shows, but they saw their audience changing and their more opportunistic peers cashing in and finding a certain sort of success.

So, back to Llewyn Davis. I’ve heard a variety of opinions. Among those who were there at the time, there’s a general consensus that it’s not true to the real scene, or to the legacy of Dave Van Ronk, upon whose life the script is based. And they’re right—although the lead character is definitely based on Van Ronk, and there are some notably recognizable parodies of other real, well-known Village characters, the film is still intended to be fiction and not a documentary.

The Coen brothers have created a reasonable portrayal of those days when the times were, in fact, “a-changin’” even more than we knew. With their usual mix of good plot, slightly-nutty-but-believable characters and some surprisingly good music, it’s well worth seeing.

Not enough people knew about Jesse Winchester and his wonderful songs. Jesse was a draft dodger; an objector to the insanity of the Viet Nam war. He lived, wrote and sang in Canada until President Jimmy Carter decided to pardon the boys who had made that difficult decision. You may have heard some of his songs recorded by others—songs like Brand New Tennessee Waltz and Third Rate Romance. He passed away on April 11, after a long illness. If you knew his songs and would like to honor him, his family has suggested that you plant an ornamental cherry tree. If you don’t know his singing and his songs, have a listen and enjoy.

As I’m writing this, the situation in the Ukraine is very uncertain. Both Russian and Ukrainian soldiers are occupying various territories, and citizen protestors are very much in evidence. And in the middle of all the friction there is one rather unusual symbol of restraint and cooperation—a blue and yellow piano.

Painted in the colours of the Ukranian flag, the piano has found its way to a number of urban locations where tensions are running high and violent clashes between protestors and troops are frequent. One day in February the piano was seen (and heard) perched atop a makeshift street barricade in Kiev where, as reported by PBS, demonstrators took turns playing Chopin, the Beatles, and the Ukranian National Anthem to an audience of riot police.

The concept of fusing protest and music is nothing new, as anyone who remembers the 1950s and ’60s can attest. But the idea of using music to calm tensions instead of to incite them is rare. May it succeed.

File under “Don’t give up”…

Stephen Stills auditioned for a gig as one of the Monkees when the show was in its early stages. He was rejected.

Have you seen Inside Llewyn Davis yet?