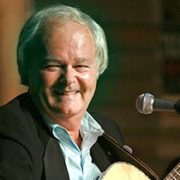 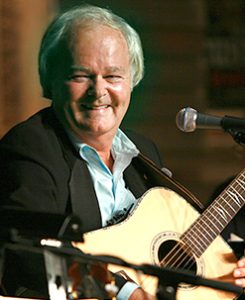 In my constant struggles to find the perfect accessory, the perfect finger pick, the perfect guitar polish…need I go on? Almost every player that I know, top to bottom, seems obsessed with these things. No?

“Hey, I just found this new capo! It’s got a built-in tuner!”

“Does it come in different finishes? I only use gold-colored accessories on my Brazilian rosewood guitar you know, the one with the paneled Sitka spruce top and the marbled mahogany neck.”

“Dunno. I’ll check. But my music stand has an attachment where I can rest a can of soda and half a sandwich. I prefer grilled-cheese.”

For those of you who are not “players,” please forgive this indulgence. I believe that someday, this fascination with accessories will be ruled an authentic medical condition and will be covered by Medicare for the aging and offered as a rider on insurance policies.

Which brings me to Mason Williams.

The last time I had visited with Mason before my lengthy Zoom chat with him a few weeks ago (much of which will be aired on Roots Music and Beyond on KPFK90.7FM Los Angeles – stay posted), was about ten years ago, in a hotel room after we had both appeared in concert in the same city somewhere in the mid-west. Before that, we had connected at Tom Smothers house in the late seventies where Mason resided in a guest house. And before that, we would see each other around town in L. A. during those heady formative years of the new folk movement during the early sixties.

Back to the hotel room in the mid-west.

Of course, a small group of like-minded folkies could not be in the same room without the guitars coming out. Now Mason is a skilled classical guitar player and at the time, I had transitioned from my 1962-66 classical style guitar to a larger steel stringed instrument. We went around the circle of friends. Mason’s turn to sing a song.

Wait! What the heck kind of strap is Mason strapping on to cradle his guitar? …never seen anything like it. It wrapped over his shoulder, came under the guitar and disappeared only to emerge again up and over the lower part of the wide bottom, disappearing again behind the guitar, then back again as it swept over his shoulder. Confused yet? You should have seen the rest of us trying to figure out if Mason had gone over the edge. But mysteriously, it positioned his guitar perfectly for his hand positions sitting or standing.

I filed it mentally as something to check into later along with rumors of UFO sightings and recipes for pastries that were non-fattening. We sang round-robin, each our newest “show-off” song, then down to the dining room for chit chat, wine and lies. You know…musicians on the road talk.

Back to the present. Recently, I had experienced some difficulty in making barre chords on the guitar due to a childhood wrist injury which had presented some recent pain. I contacted Mason via email (we had been communicating now and then about music he had offered, and I had played and still do play on my KPFK radio show. When I asked him if he remembered the guitar strap, he sent me one and my life changed. Of course, my friends made fun of it. That’s what friends are for? Right? Especially players.

During our exchange, it occurred to me that Mason might be a powerful subject for an extended interview on my radio show at KPFK in Los Angeles – Roots Music and Beyond. His history certainly warranted it, and since the show is primarily a music show and Mason’s music has always been present on my playlists, I offered him the opportunity and he immediately responded to my invitation with a yes. After a few emails, we decided that the best format for the preliminary interview would be via a Zoom meeting online. We had not laid eyes on each other for years and this would be an opportunity for us to catch up.

Emails exchanged, preliminary phone calls as well and on an agreed upon date in January 2021, we were facing each other on our home computers.

A few preliminary hellos, catching up, and introductions. I, to his wife and two cats, and he to my family which of course included my cat. Did I mention that Mason lives in Eugene, Oregon?

Immediately after pleasantries, Mason insisted that I demonstrate that I understood exactly how to adjust and use the guitar strap he had so generously gifted me with. We did that. Words of advice and support – one folkie to another. We were back in the dressing room of the Troubadour suddenly and we yakked about hand positions, long straps, make-do Velcro strap keepers and where do you tape the set list on your guitar. You know…

Then we launched into what turned out to be an hour and a half conversation of the past and the future. I hope to publish a mildly edited version of the entire Zoom interview on my website at some near point in the future, but I thought that for the purpose of this article, the ensuing conversation transcribed (liberally) here would be of interest to our readership here at Folkworks.

Highlighted in the interview was a discussion of Mason’s current projects. Excerpts of the discussion follow:

Art: So what is in the future for Mason Williams?

Mason: I’m currently working on…I guess it’s a musical play and it’s called a Panto – that’s short for pantomime, a British art form that’s been around for a few hundred years. They usually picked a fairy-tale or a story of some sort and do it in pantomime – but as time went by they started to include songs and skits and it became more like a musical. The one I’m writing is based on Aladin and The Magic Lamp. I saw one on TV about Cinderella [and] I saw an article…about how popular they are in England and so I’m writing this one to be presented next Christmas. They’re usually done around Christmas time at the Presidio Theater in San Francisco. They are using a lot of my music in it and I’m also writing the script…different people will have input on it – [Actually] once you put a script on its feet, the performers become [the] editors.

It’s really a musical review you could say. So, I’m writing one and they are using a lot of my music. I wrote a lot of parodies for The Smothers Brothers Show. My partner Alan Bly [and I] wrote mostly parodies.

We talked about our mutual beginnings in the folk era.

Mason: I tried to learn every song in the Alan Lomax book “Folksongs of North America” as well as the songs of Burl Ives and Pete Seeger.

Oddly or not, my history was very similar.

Mason and I talked at some length about his experiences as music director on the Smothers’ show.

Mason: The reason I worked so well with [them] was that [like them] I had been a folksinger and I knew about 300 folk songs. After each show they did, they would…go backstage and discuss the show together.

Mason and I talked about a variety of subjects.  We spoke about the vast collection of poetry and songs that he has created. I still remember his book of poems entitled “Them Poems” published shortly after he arrived in Los Angeles from Oklahoma City with his lifelong friend Ed Rushe, who eventually became one of the pillars of the Los Angeles Art scene in the sixties.

As mentioned before, I’ve played much of Mason’s work on my radio show on KPFK – classic mirthful ballads like Moose Goosers, Cowboy Buckaroos, along with several heartfelt renditions of great American Classics such as “Shenandoah” and world classics such as The Water Is Wide. Mason’s masterful classical guitar arrangements support his love for great music as well as comedy.  His career has touched some of the finest moments in American popular music as well as theater and comedy.

His hit recording of Classical Gas, which has earned him awards, Grammy’s, and worldwide recognition, has been recorded by over four hundred artists, the most cover recordings of any composed song.

I asked Mason if he had any particular favorites of the many ‘covers’ of Classical Gas.

Then, Mason launched into a complete description of how his music school education led him to structure the actual composition and arrangement of Classical Gas, but rather than describe it here, I hope to be able, with Mason’s permission of course, to have my readers wait to hear it all in his words when the interview is available.

And, by the way…I’ve put all my other guitar straps away. The new one works just fine. That is, after I almost strangled my cat trying to put it on the first time.

A Chat with Mason Williams