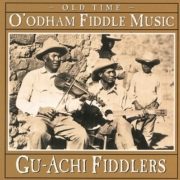 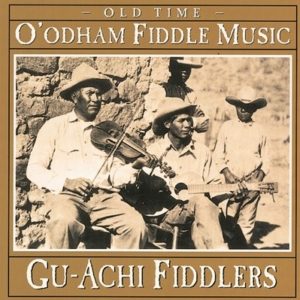 The string band music of the Tohona O’odham people of Southern Arizona was one of local styles of the Southwest. The fiddle-driven bands created their unique sound of polkas, two-steps, and mazurkas utilizing violins, guitar, and drums. String bands provided the music for religious festivals, community celebrations and social dancing probably until the 1950s. One great CD is by the Gu-Achi Fiddlers, entitled “Old Time O’odham Fiddle Music.”

The cover photo makes the recording look older than it really is. While no date is provided, the leader of the Gu-Achi Fiddlers on that recording, Elliot Johnson, died about 30 years ago. However, it is the first and also only commercial recording. Unlike the better documented rural styles from the East (where record labels started field recordings in the 1920s) there were no early field recordings of Southwest styles until that style has already become archaic. By the time Canyon Records (a label specializing in Native American music) discovered the Gu-Achi fiddlers, it was an outdated style that had been superseded by bands with saxophones, electric guitars, and (due to the influence of norteño music from Northern Mexico) accordion. This newer style, interchangeably known as Waila or Chicken Scratch, remains the current social dance music of this border area. The Tohono O’Oodham reservation covers most of the area between Tucson and the Organ Pipe Cactus National Monument to the West. The Gu-Achi District is in the center of the reservation, roughly halfway between Tucson and Organ Pipe Monument, and has about 1400 residents.

The Gu-Achi fiddle music remains alive because it is fun to play, although now mostly far beyond its homeland in Arizona. Very suitable for jamming because it is easy to learn and yet fun to play. The Festival of Fiddle Tunes in Washington has a session devoted to this style every year. Ten years ago, I taught some of those tunes in an afterschool fiddle class at a local school and they became popular in neighborhood jams. I had largely forgotten about it, but then the Covid lockdowns brought the kids back for a while and we pulled out some of those tunes.

One of my all-time favorite is Libby Bird Song Mazurka (I believe named after a relative of one of the Gu-Achi Fiddlers), track 7 of the original recording,  and I finally did a transcription of it. We play it on mandolins for a change, it is a sweet tune that way, too. 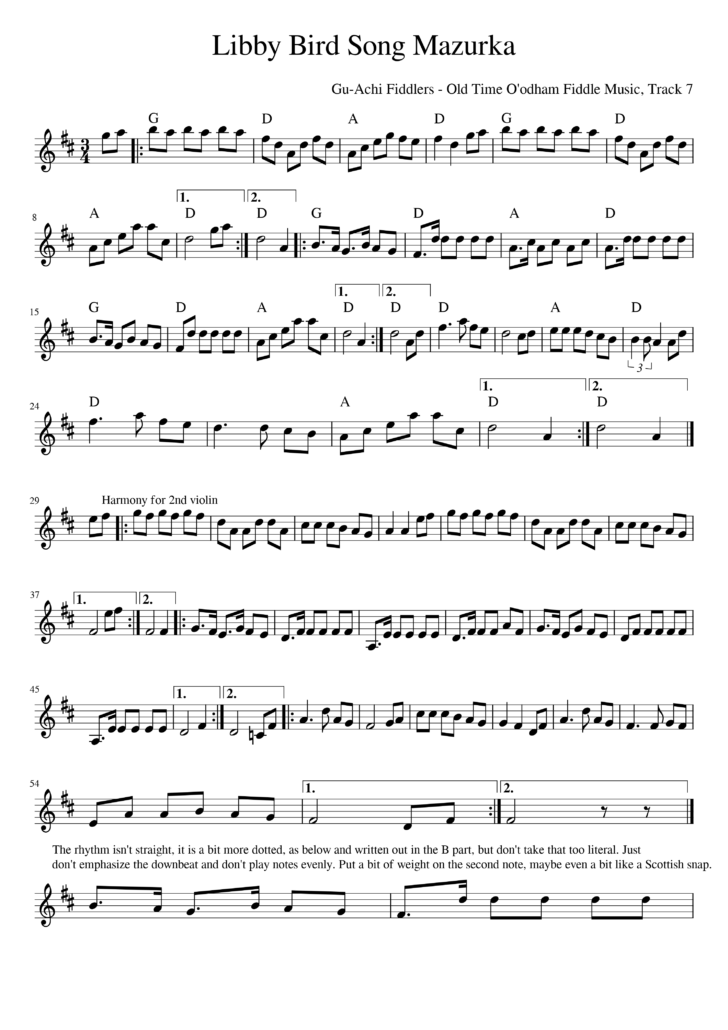 Roland Sturm is Professor of Policy Analysis at the RAND Graduate School and usually writes on health policy, not music. He was the talent coordinator of the Topanga Banjo Fiddle Contest. These days he mainly plays upright bass and mandolin.

Fiddle Tunes from the American Southwest