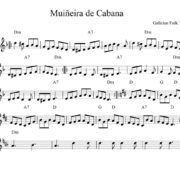 Galicia, in the northwest corner of Spain, is an unlikely candidate for Celtic session tunes, but there are many cute tunes that work well. Here is a video and transcription to one tune that our family and friends regularly play, Muiñeira de Cabana.

There has been a long-running debate whether Galician and Asturian music have roots in a Celtic history of the region. Claims that Galicia is a “Celtic nation” seem tenuous given that even the traditional language is similar to Portuguese and feel more like marketing ploys by the tourism department. However, there is something to Galician and Asturian folk music that has similarities to Irish and Scottish folk styles, but how much of it has made it across the years and how much has been an international revival phenomenon will remain unknown. The Celtic revival movement over the last decades, which even includes a “Galician” recording by the Chieftains, may have blurred any distinctive local musical tradition.

Among the best known international performers are Milladoiro (a band that has been recording for more than 30 years) and gaita (Galician bagpipe) player Carlos Nuñez. Susana Seivane, also a gaita player, is an exciting newer artist.

Galician tunes are traditionally played on bagpipe (gaita) and drums, but there are a number of groups that tend to feature fiddles. I got this month’s tune from two Galician fiddlers, Alfonso Franco and Alfonso Merino. The two Alfonsos have been working together for the last decade. Franco was involved with the revival of Galician folk music in the 1980s and Merino was Franco’s student in the traditional music school of Vigo. Alfonso Franco even has a doctoral degree in Traditional Galician Music from the University of Santiago de Compostela! Their main group is Bulla Timpánica, a trio of the two Alfonsos and Josiño Liz (bouzouki and requinta, a flute). One funky gig they do is to accompany silent movies.

Below is my transcription of Muiñeira de Cabana and an unfortunately blurry video of the Adolfos playing it (don’t know why my camera didn’t want to focus just at that moment). 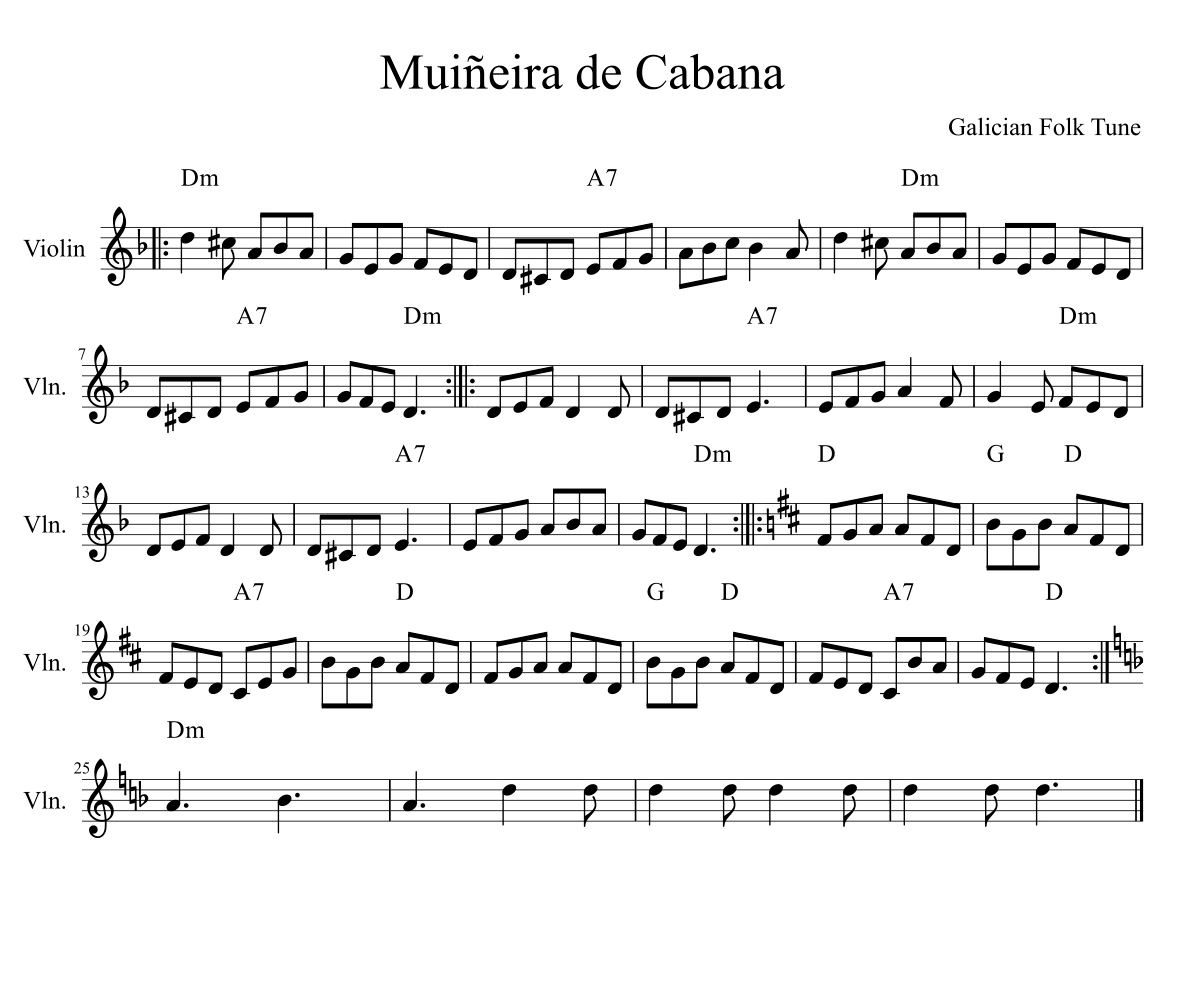 There are lots of Muiñeiras, often named after the towns where they originated. Muiñeiras de Cabana is a three part tune; The first two parts are in D-minor, the third in D-major. At the end of the third part is a little tag ending that brings it back to D-minor. We play that tag every time, but others use it only to end this tune. Kind of jig like and certainly can be played as a jig, but sounds a bit different in the original, so check out the video, despite its blurriness.

Here is a different interpretation, seems to be from a traditional folk festival, with 2 bagpipes and 2 drums. They only play the tag at the end: