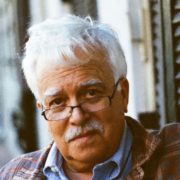 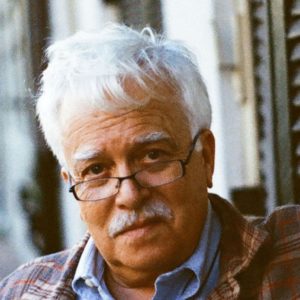 I have a vivid memory of sitting crosslegged on the Kazac rug in Tommy LiPuma’s office at A&M Records. The year was 1967 and a small group of us A&M Records staffers had gathered to listen to an album that we had been anticipating for months. At the time, I was working as Professional Manager of A&M’s publishing companies, Almo-Irving Music and word had reached us via the music grapevine that the long-anticipated album was finally ready for release, and that afternoon found us gathered in Tommy’s office in hushed holy silence as the slender phonograph arm was gently laid onto the outer groove of a freshly delivered vinyl advance copy of the much anticipated Warner Brothers release, “Song Cycle” from Van Dyke Parks.

Van Dyke Parks and I were friends from the old days, the early sixties, The Troubadour. Van Dyke and his brother Carson, “The Steeltown Two,” held their own with the folk crowd. Carson split for points east and ended with a pretty good piece of the pie with his songwriting. Carson left us in 2005. Look up Carson Parks. Impressive.

Van Dyke hung around and we saw each other from time to time. I had befriended his string arranger Kirby Johnson. Kirby had been a member of the Wellingtons, the group that sang the theme song to “Gilligan’s Island” and was now living on Woodrow Wilson Drive off Laurel Canyon and roomed with Nick Woods who was one of my closest bandmates from my days in The New Christy Minstrels. Van Dyke could often be found at Kirby’s, banging out thoughts on the baby grand that sat overlooking Laurel Canyon from the living room windows of the cantilevered house. A few years later, when Nick and I co-produced Biff Rose’s first album “The Thorn In Mrs. Rose’s Side,” Kirby wrote the string parts and if you listen carefully, Van Dyke’s thumbprint is all over that album.

Back to 1967 and Tommy LiPuma’s office rug at A&M Records and the opening notes of track #1 of “Song Cycle,” Van Dyke’s new album on Warner Brothers Records…we leaned in to listen.

My imagination leaped back to the early sixties. He was singing my life, our lives, our story! Vine Street, then Laurel Canyon. The accompanying strings and orchestration placed his vivid musical pictures onto a bizarre dream -like stage… the music continued from there to scenes from movies, sharp commentaries on our world, all surrounded by what was to become Van Dyke’s signature sound – string harmonies colliding with each other in broad brush strokes. Van Gogh superimposed over Van Gogh…with added percussion.

If you’ve listened to Van Dyke Parks, you will know what I mean, what I’ve just described. If you haven’t, do it and I hope what I’m writing here is helpful. Good luck.

So here we are in 2021 and the name Van Dyke Parks is well known in the music world. Many albums, live performances, film scores, his work with Brian Wilson and a sound that can be identified within the first two measures of listening…no room for it all here in this piece…and I’m talking with Van Dyke about a new album release and the four tracks that are finished. Our conversation ends up on my radio show at KPFK FM in Los Angeles.

Van Dyke: “Each album to me is an affrontery, it’s a change…I’ve seen a lot of people like Joni Mitchell will do an album and the next album would be entirely different and so many people were lost…lost their interest and didn’t approve of where she might be going.  I haven’t had that popularity, so I don’t have a problem. Every time I do an album it’s for a reason and that is that there is no excuse for me not to be working to promote the common good through music. This is who I am… So here it was time for me to do a record. Somebody asked me to do it. And there was a person…an artist…she plays harp, and she writes poetry…and she sent me an email, I get lots like this, and said ‘can you get me a record deal?’. I said “Absolutely not! No one’s interested in me, I’m seventy-eight. I’m passe, I’m old and I’m in the way. Van Dyke Parks…codger…cult hero of the sixties wants to do a poetry project on the Yucatan? Get…out of my office! No chance! So, I told the girl “No. I’m an amoeba. I’m not useful.”  Then I said, “But if you have something, I’d like to hear it.” Well, I was floored with what she sent me. It was just so terrific.  It was about someone looking out her window and she sees a mountain and there’s a river there…serpentine…down this mountain…filled with the blood of her ancestors…and people walking by with contra band with no sandals because they’ve come so far on their journey, and then the chorus breaks into a beautiful sky, Cielito Lindo…she’s got an irony in her vocabulary.  Of course, I don’t speak Spanish. I’m lost on all of her poetry.  But there’s something I know. This is a temporal kind of music. It is a folk music. Her grandfather built and played (beautifully), the harp. He was a famous harp builder…it sounded very interesting to me, and how she, out of the blue, asked me to do something. That’s what happened folks. I’m doing folk music from the Yucatan. I’m unnecessary but I’m here and that’s how she’s going to get heard.  What I decided to do was raise her mostly solo harp work…[with] the engagement of seven string players…because it’s beautiful…and bring moment to the songs. This is what I’m thinking about. Music that takes you out of the box. Lawrence Ferlinghetti, the recent poet said: ‘Pity the nation that knows only its own language, whose breath is money, who sleeps the sleep of the too well-fed. Pity the nation.”

Perhaps a word about the physical album itself. The album cover is striking. Black and white pen and ink. I asked Van Dyke about it, and he told me that he made a call to his old friend Klaus Voormann, artist and musician, who designed the cover for the Beatles ‘Revolver’ album. When Klaus heard the tracks, the cover drew itself. Check it out, see above.

I spoke with Van Dyke for quite a while as I was preparing for my radio show Roots Music and Beyond on KPFK where I aired the album along with excerpts from the interview we did. The show aired on July 17, this year and what you just read was an excerpt from that show. The album, if we can call it that since it only contains four tracks is on current release and Van Dyke promises more is to come because his infatuation with this singer/harpist refuses to release his passion for her music.

The current release is presented via download or vinyl record by Modern Recordings – a subsidiary of BMG Music and can be found easily.

Back to me and Van Dyke since this piece is both a review and a personal peek into one of the most unique artists of our generation I’ve had the good fortune to know over a period that spanned from the early folk music days of the sixties to today. Our paths would cross from time to time and each time we met, I learned something about music, our musical heritage, and what we can do to carry it forward so that it heals and presses our better angels to shine.

From The Rug to The Yucatan

A journey with Van Dyke Parks