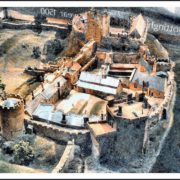 From Nottamun Town
to Masters of War 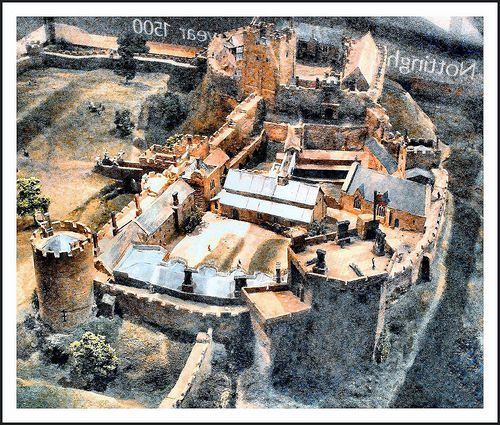 One of the most fascinating stories of the time spent working with Jean Ritchie on our tribute show in 2005 (from which the title of this column takes its name (with the addendum “The Voice of Jean Ritchie”)), was the story that Jean revealed to me in a casual aside one afternoon when we were preparing to go on the radio together for a live interview near State College, Pennsylvania. We were in rehearsal for the stage show at Penn State’s Centre Theatre.

I was talking about Bob Dylan and Jean told us the first of two amazing things: in April of 1963, Izzy Young, who ran the Folklore Center in the Village, had organized the Dylan concert at Carnegie Hall. Izzy begged Jean and her husband George Pickow to come to the concert because with Dylan being an unknown, Izzy was frantic to find an audience for the concert. So they went, and, as Jean’s husband George related to us, they were mostly underwhelmed at this scruffy, nervous, unprepared and mumbling singer up on stage. They didn’t think much of him until one day, and this is the second and most amazing thing, Jean noticed that a new song by Dylan sounded pretty familiar. It was Masters of War. The melody had been copied from one of Jean’s family songs, her family’s version of the traditional ballad Fair Nottamun Town which appeared on her album Mountain Hearth and Home. An article in the book Baby, Let Me Follow You Down: The Illustrated Story of the Cambridge Folk Years by Eric von Schmidt & Jim Rooney (and quoted online) explains how the singer Jackie Washington heard Nottamun Town from Jean, did his own version at Gerde’s Folk City, and it was heard by Bob Dylan:

Jackie Washington is listed as a “Black Puerto Rican folksinger, part of the Cambridge and Greenwich Village folk scenes, marketed by Vanguard as some kind of “male Joan Baez,” whose version of Jean Ritchie’s Nottamun Town is the likely source of the tune used by Dylan for his Masters of War.

“I found a song of Jean Ritchie’s called ‘Nottamun Town.’ It’s sung in a minor key against a major, like a lot of these mountain songs. It sounds nice, but I just couldn’t do it, so I changed the tune to minor and made sort of a drone sound with the guitar. Dylan loved this. I was playing at Gerde’s and he would come in every night and ask me to sing it. He went over to Vanguard, and Maynard gave him a copy of my record. The next time I heard my tune — which was my tune — it was ‘Masters of War.’”

The lyrics of the two songs are of course are wildly different, but sung side by side, it’s unmistakable. Dylan was known for grabbing up what he heard and saw around him, and this is just what he did with Jean’s song. It was used to create what is arguably referred to as one of his masterpieces.

That afternoon in Pennsylvania, Jean had said simply that Dylan used one of her melodies to create Masters of War but for the life of me, I couldn’t place which one he had used – so I quickly thought to ask her “which song of yours did he use?” She laughed and as she drove off into the afternoon she smiled and said “Nottamun, Susie!”

From the liner notes for her album:

“A piece of folksong surrealism,” is how Jean describes “Nottamun Town,” dreamlike in its disorienting juxtapositions: “Ten thousand stood around me, and yet I’s alone….” The family could trace their knowledge of the song back to Crockett Ritchie; according to Uncle Jason, “‘hit’s might neart sure to be about Nottingham in Old England.'”

The song was likely a product of the early mummers’ plays, in which local actors would blacken their faces and turn their clothing inside out to escape recognition. Bob Dylan was not only influenced by the song’s jumble of mixed-up, fantastical lyrics… but also melodically, as he borrowed the tune for Masters of War.

In fair Nottamun town, Not a soul would look up,

To show me the way To fair Nottamun town.

I rode a grey horse, A mule roany mare,

Grey mane and grey tail, A green stripe down her back,

Grey mane and grey tail, A green stripe down her back,

There wa’nt a hair on her Be-what was coal black.

She stood so still, she threw me to the dirt.

She tore my hide and she bruised my shirt

From saddle to stirrup I mounted again

And on my ten toes I rode over the plain

Met the King and the Queen And a company more,

With his heels in his bosom Come marching along.

They laughed and they smiled, Not a soul did look gay,

They talked all the while,Not a word they did say,

I bought me a quart To drive gladness away

And to stifle the dust, For it rained the whole day.

Sat down on a hard, Hot cold frozen stone,

Ten thousand stood round me, And yet I’s alone.

Took my hat in my hand For to keep my head warm,

Ten thousand got drownded That never was born.

Come you masters of war You that build the big guns

I just want you to know I see through your masks.

You that never done nothin’ But build to destroy

You play with my world Like it’s your little toy

And you turn and run farther When the fast bullets fly.

This war can be won You want me to believe

Like I see through the water That runs down my drain.

You fasten all the triggers For the others to fire

You hide in your mansion As young people’s blood

Flows out of their bodies And is buried in the mud.

You’ve thrown the worst fear That can ever be hurled

Fear to bring children Into the world

For threatening my baby Unborn and unnamed

You ain’t worth the blood That runs in your veins.

How much do I know To talk out of turn

Even Jesus would never Forgive what you do.

Let me ask you one question: Is your money that good?

Will it buy you forgiveness? Do you think that it could?

I think you will find When your death takes its toll

All the money you made Will never buy back your soul.

I will follow your casket In the pale afternoon

And I’ll stand o’er your grave ‘Til I’m sure that you’re dead.

Sometimes in our shows I’ll put the two songs together in a medley to identify the source of a Bob Dylan melody, and to wonder in amazement how the oral tradition can sometimes take such a huge left turn, instead of that bit by bit, un-noticed kind of handing down within families or communities.

Now, when you listen to Dylan again, or Jean, you know that they’re tied together forever in this way. Poetry and melody and meaning intertwine at the junction of art and storytelling. From the Appalachian mountain woman, to the ragamuffin folk singer turned balladeer turned rock star for the ages.

[Ed. Note: There are a lot of websites that discuss the various versions of Nottamun Town including Roger McGuinn’s website, which is the source for the picture above and an interesting letter from Jean Richie.
Another interesting website is Mainly Norfolk: English Folk and Other Good Music ]

Award-winning recording artist and critically-acclaimed powerhouse vocalist, Susie Glaze has been called “one of the most beautiful voices in bluegrass and folk music today.” (Roz Larman of FolkScene). With her Hilonesome Band, their album “Blue Eyed Darlin’” was the winner of the Just Plain Folks 2006 Music Award for Best Roots Album and FolkWorks Magazine’s Pick for Best Bluegrass Album of 2005. Their newest CD “White Swan” was released March 19, 2013. www.susieglaze.com

From Nottamun Town to Masters of War