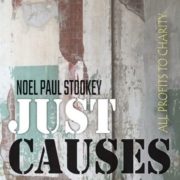 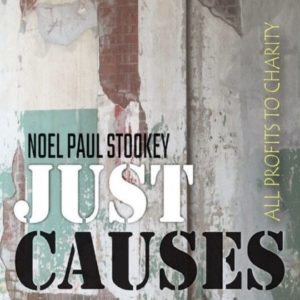 It’s not an easy task combining a monthly column and a CD review and slipping it by an editor but sometimes there’s no way to separate things. Hot dogs and mustard – know what I mean? I hope that the following will serve as both.

Best to begin with a chap that I met somewhere in 1959 or 1960 or shortly before or after that – it’s hard to remember exact dates. I was a young aspiring folk singer who had embarked on the perilous journey of abandoning a scholastic career with no idea where the future lay. My guitar and a small repertoire of folk songs were all I had in my arsenal for the adventure into the frightening world of the music business.  I haunted the late-night showcases in Greenwich Village trying to see where I fit in. Eventually, I formed a duo with an old friend, miraculously lucked into a record contract, and began performing in small coffee shops, and eventually, we scored a spot in one of the “jewels” of the late fifties folk-scene, The Café Wha? on MacDougal Street. Those performance nights for the proceeds of the money tossed into a hat at the door just might qualify as the happiest I have ever been on stage.  Ah youth… night after night, singing our complicated arrangements to adoring crowds. Youth. Beginnings.

At the time, the evenings at the Wha? were hosted by a tall, slender baritone with a guitar, a funny last name that almost rhymed with ‘Cookie’.  Noel Stookey had a keen sense of timing, comedy, and a crowd-pleasing manner. A perfect Master of Ceremonies, he performed beautifully crafted comedy routines, sang songs, and introduced the acts. Ideally suited for the job. A folk-era jack of all trades. He ruled the Wha? with his charm, his wit, and his music.

As the folk era of the early sixties slowly congealed and became a money-making opportunity for entrepreneurs, that very chap, our Master of Ceremonies, Noel Paul Stookey, was chosen to join another Café Wha? destined-to-be-famous folk singer by name of Peter Yarrow and a sultry blonde lady-of-the-Village named Mary, in a venture that would color the world of folk music with their influence forever.

Years flew by.  Me on my whirlwind folk singing adventure, he on his. And as the world turned it came to pass…that…

Not more than a month or two ago I received an email from Noel, announcing the imminent release of his new CD, ”Just Causes” and I immediately asked him if I might interview him about the album for my upcoming radio show on KPFK. He agreed.

So, with the support and aid from ‘Zoom-The Miraculous’, we were virtually face to face, coasting down the other side of careers, world travel, and excitement, resuming a friendship kindled from cherished roots and resulting in the freedom to take our turn to help perfect a world that although had been kind to us, was not so even-handed with everyone.  He in Ojai California and me in Los Angeles, reminiscing and talking about his new album and the reasons he made it and what he hoped to accomplish with it.

The album is called “Just Causes” and Noel has chosen fifteen songs he has recorded, some very recently and some not. Each song addresses an issue he cares deeply about…the treatment of native Americans, the abduction and trafficking of children, the holocaust, nuclear armament – and he confessed he struggled to find a way to sing about these causes so that the victims in all these cases would benefit from his artistry.

The idea for the album struck him one day in a supermarket when he noticed printed on a Paul Newman frozen pizza, a label that declared that the proceeds of the pizza sale would go to charity. According to Noel: “…that began the process…”.  The result is an album of fifteen songs, each targeted to a specific non-profit unique to the subject matter of the song.

The visit with Noel opened the door to a lifetime of commitment to what the ancient scholars called “perfecting the world”.  Stookey by his own admission was the least political member of Peter Paul and Mary and in his words “aligned more with the causes themselves, not the politics”.  (author’s note – perhaps not a bad way for more folks to approach issues?)

The album is a beautifully and efficiently produced journey through years of a love of songs, and an attachment to perfecting the world – making things better.

It would be difficult to review the album using the standard benchmarks since these songs were all written and recorded at different times and with different accompaniments. Throughout, Noel’s easy baritone and smooth guitar playing are constants. The accompaniments are each unique to the specific song and it is clear that each owns its own place in the timeline of an artist’s career. Instrumentation, mood, thrust, are all unique and specific to each song.

Some are live (“Nukes R Nuts”) with an audience while Noel jokes between lines and coaches a sing-along. Some are heavy with drama (“America The Beautiful” – a standout!). Some feature Noel’s unique and slightly jazz-leaning guitar style (we joked about that in our ‘meeting’) – “Jean Claude” is a good example of that. Some are classic Stookey – “Not That Kind Of Music” – a tribute to Pete Seeger. Each carries a message and delivers it seamlessly.

Despite the fact that the album jumps from genre to genre, it has the magical quality of playing as one multi-colored panorama of a career dedicated to artistry and the betterment of all people.

You can find out more and purchase the CD at Noel’s website.

A friendship re-kindled and a CD review slipped in...