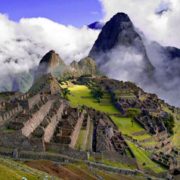 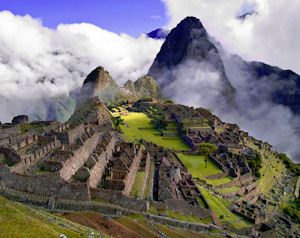 As the bus pulled into the dusty town of Tilcara in the Jujuy province of Northwest Argentina that late July afternoon, I already knew I had a date with Mother Earth. My friend Miguel at the folk club Peña Altitud had told me on the phone a couple of months before, that August was the month in which Jujeños venerated Pachamama, that is, Madre Tierra, our Mother Earth. Exactly how they observed this winter tradition, I was soon to discover.

From talking with Miguel and the local librarian, I learned that the ceremony involved food offerings to Pachamama and the singing of traditional songs called coplas. Unfortunately for me, these practices usually took place privately with only family or extended family present.

It took me two weeks to drum up an invitation to a private Pachamama ceremony. It was in the town of Humahuaca, thanks to the director of the regional folklore museum there. While interviewing Ernesto about the Pachamama and copla traditions, I had confided my eagerness to attend such a gathering and he invited me to come along the following Saturday. Ernesto and the two museum guides had been invited to ceremony being organized by a local indigenous artist, Dario, a friend of Ernesto. A few days later I took the hour-long bus ride to Humahuaca and made it to the museum by noon, carrying the bottle of wine I had been instructed to offer to Pachamama.

Soon I was bumping up and down a country road in Ernesto’s rumbling pickup with museum guides Vanessa and Cecilia and Vanessa’s five-year old. We entered a fairly dreary dry winter landscape of mainly leafless trees with a backdrop of the majestic Andes in the distance. Ernesto stopped the truck abruptly on the stony road and directed us to unload the bags of food contributing to the feast. We hiked about a quarter of a mile on the path and then followed Ernesto down a forested incline to a spot where several men and one young woman were milling around a campfire that supported two large bubbling cauldrons. The aroma was enticing – like a hearty soup or stew.

Dario, a slight, dark man wearing a suit under a camel-colored wool poncho, welcomed us and introduced us to his college student daughter and the family friends. Suddenly he became solemn and admonished us to respect the ceremony by taking no pictures or videos. My heart sank. My memory would have to serve.

Several yards away from the bubbling cauldrons, a hole had been dug in the earth. It was about a foot wide and two or three feet deep. A mound of patted-down earth surrounded the home on three sides. On top of it was an array of food offerings – plates of cooked hominy and beans, apples, oranges, bottles of wine, beer, and soft drinks, coca leaves and cigarette butts. Cigarette butts? Dario approached me with a cigarette which I tried to decline until it was explained to me that I was to smoke it and then offer it to Pachamama, who apparently has a fondness for tobacco. I did as I was told.

My next challenge was to consume a tasty, liquidy stew that had bits of llama meat in it and something slithery I could not identify. We were all told that we could not make our offerings to Pachamama until we had cleaned our plates. I left the slithery things to the last and finally forced them down my throat. We made our offerings kneeling in front of the hole in pairs. Cecilia and I were invited to approach together. A friend of Dario’s handed us each a portion of food offerings, one by one, to drop, pour, or sprinkle into the hole in synchronized movements. I had a growing feeling that I was actually feeding the earth. Our last offering was coca leaves.

Almost as soon as we sat down, Dario’s daughter handed us a plate of the second stew which tasted somewhat like chicken with rice floating in it. We worked on it dutifully. When everyone had made their offerings to Pachamama, Dario intoned words in Spanish and covered up the hole. Within a few minutes everyone was gathered in a circle and I was pulled in to join in the singing of coplas. While Dario played the drum, Ernesto and Vanessa led the singing of two line poems that the rest of us repeated to the simple, two-note melody. Later, others took the lead. We must have stood in that circle for at least half an hour.

Coplas are four-line poems, each line eight syllables long, sung in a tritone pattern to the accompaniment of the resonant drum about the size of the tambourine. The solo coplero or coplera typically often plays the caja with one hand, both grasping the edge of the drum and manipulating the mallet to beat out the rhythm. The caja is generally held at shoulder level. When coplas are sung in groups, just one person plays the caja and the participants perform in a circle, sometimes singing in unison, other times repeating verses of a lead singer. The Pachamama observance is only one of a host of occasions in which people living in northwest Argentina. A major one is Carnaval time in the balmy month of February. But during my time in Jujuy and Salta, I interviewed people who sing coplas to honor godparents, to praise a saint, to criticize the government, or to mourn a lost love. The verses may be improvised or written in advance. There are classic coplas that everyone knows.

The more I learned, the more fascinated I became with the copla tradition. Back in California at UCR, I’m still researching it and luckily I have the phone numbers of Ernesto and other knowledgeable friends I made in Jujuy to consult from time to time. Among the CDs I brought home from Argentina is one made in Tilcara by four renown copleras. At the start of the liner notes is a copla thanking Pachamama for “this gift.”

Although I can’t share my photos, recordings and videos (yet), if you are interested in seeing and hearing coplas performed in Northwest Argentina, I invite you to check out the following YouTube videos:

Coplas para la Pachamama. Retired people singing to Mother Earth. This was recorded in the province of Salta where the melody of the song differs from that of Jujuy, but it gives you an idea of the ceremony.

and a woman performing, titled Coplera yavi chico. Their melodies are closer to what I heard on my visit.

Audrey Coleman-Macheret is a writer, adult educator, and graduate student in ethnomusicology at the University of California, Riverside.