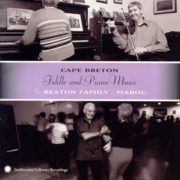 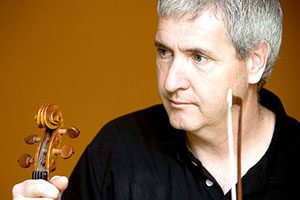 In October I related my encounter last spring with the fabulous young fiddler from Cape Breton Island, Andrea Beaton, who performed in Pasadena. The column ended with my decision to attend the island’s nine-day Celtic Colours cultural festival the following October. As I approached writing this follow-up, I tried at first to focus on the fiddling I heard, but images of my trip to the island’s west coast kept interfering. So I will follow my gut and tell you what happened to me on October 10th.

After a few days in Sydney, the bustling little city on the island’s eastern coast, I was ready to explore. I had attended a symposium of the International Council for Traditional Music and enjoyed two large-scale Celtic Colours concerts, one featuring Andrea Beaton with other players from prominent fiddling families. Now I was going to visit two small towns to hear traditional music in smaller venues, starting with the town of Judique. There, at the relatively new Celtic Interpretive Center, I would attend a lunchtime ceilidh, an extended musical gathering ordinarily held in people’s homes. Following the live music and food, they would show a film about Cape Breton fiddling that held great significance for the musical community. In the evening I’d take in a concert featuring Andrea Beaton’s father, master fiddler Kinnon Beaton. 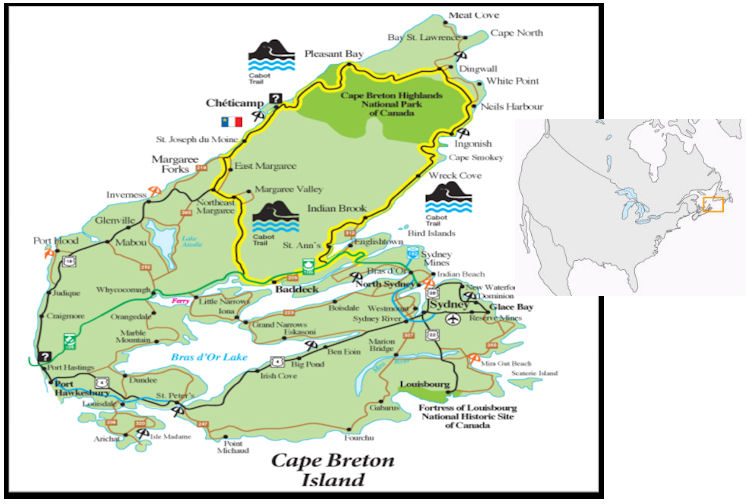 Getting to Judique was a two-hour drive, I was told. Leaving around 10am would give me plenty of time to get there. Nature had other ideas.

A modest sprinkle was coming down as I confidently pulled out of the driveway of Budget Rent-A-Car. I’d heard the roads were well-maintained. Within a half hour, water was pelting mercilessly as I navigated the string of highways my GPS indicated. At the two-hour mark, less than halfway to my destination, my Ford Fusion was slogging through about two inches of rising water. At an intersection between highways, my visibility was zero and I felt literally swamped. So I pulled over to the side of the road to get my bearings. But my car veered onto the muddy shoulder. I slammed down the brake before it slid into the ditch. Seconds later, two cars and a truck pulled up behind me. The drivers hurried through the downpour to my window. “Are ya okay?” they asked almost in chorus. I told them I was fine but that I couldn’t see.

“Maybe you shouldn’t be driving,” the trucker ventured.

“I have to drive. I have to get to Judique.”

“Have you got your heater on?”

“That defogs your windshield.”

“The A/C does that,” Ms. Know-it-All croaked, forgetting that her technique had failed.

I did so and could see through my windshield in seconds. All three locals were still hovering in the rain.

“Sure you’re all right?”

I continued to Judique with a clear windshield and a warm feeling for the fellowship I had just experienced.

When I arrived at the Celtic Interpretive Center, the assault from above was continuing full force. I sloshed across the parking lot to a modern one-story building. Although only a half-hour of fiddling and lunch service remained, clusters of visitors crowded the entrance. A jovial hostess was trying to find tables for them. Noticing I was alone and drenched, she motioned to me and seated me at a table with several other people in the multi-purpose room that served as a restaurant. As I peeled off my jacket, I tuned into the jig a fiddler was playing on a nearby platform. I was able to order fish chowder and a main course of fried haddock just before the kitchen closed. The chowder – OMG! From the steaming, creamy, aromatic soup peeked chunks of fresh lobster, crab, and cod, and lots of plump shrimp. I almost forgot about the afternoon film program.

A screen descended on the wall across the room. An older gentleman representing the Cape Breton Fiddlers Association introduced The Vanishing Cape Breton Fiddler, a 1972 Canadian Broadcasting Corporation documentary credited with touching off the island’s fiddling revival. Producer/director Ron McGinnis was present to comment and answer questions. In fact, he is planning a follow-up film to document the spectacular re-emergence of Cape Breton fiddling.

A few hours later I was in a nearby community hall, listening to the results of that revival. Master fiddler Kinnon Beaton, the father of Andrea Beaton, shone on stage with his powerful, rhythmic bowing and crystal clear tone—clearly the seeds of his daughter’s style. Composer of over 700 songs, author of two song collections, and performer on six albums, the Cape Breton luminary shared the concert program with younger local players, accompanying pianists, and a Gaelic-speaking storyteller (with English translations delivered by his son). 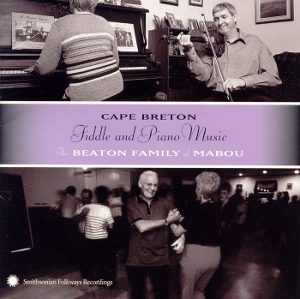 Afterwards, I interviewed sixty-year-old Beaton. Soft-spoken and unassuming, he told me how his father Angus’s fiddle playing and mother’s piano accompaniment steeped him in Cape Breton music as he grew up in the town of Mabou, not far from Judique. By his teenage years, he was playing fiddle with a passion. But this isolated him socially. His peers were just interested in rock and roll. “I grew up when fiddling was dying out,” he shared. “There were no young fiddlers around. All the people that were fiddling were older. It was hard because it wasn’t the thing to do.”

He acknowledged the impact of The Vanishing Cape Breton Fiddler. “That’s what got everybody aware that this was dying out. Even the old people. Some were closet fiddlers. They played in the house, never came out. So a committee went around (the island) and tried to get a hundred fiddlers together to stage a concert. I played in the first festival. It was called The Festival of Cape Breton Fiddling.”

The weekend event has continued annually since the mid-70s and helped launch a fiddling revival, even among the younger generation. Celtic Colours developed alongside the original festival and this year celebrated its 20th anniversary.

To get a sense of island fiddling across the generations, I recommend the Smithsonian/Folkways release Cape Breton Fiddle and Piano Music: The Beaton Family of Mabou.

So ends my fiddling tale, but not my soggy day in Cape Breton.

The B and B I had reserved for the night of October 10th was supposedly a ten-minute drive from the community hall where I attended the concert. But the roads on the route were unlit and the rain was coming down as brutally as before. My Ford Fusion lurched through the flood, threatening to stall. I couldn’t make out the street signs. After about 20 minutes of tense driving and fantasies of being scraped off the road by the local police, I maneuvered as far to the side as I dared and stopped the car. I would not drive further until either the rain let up or daylight arrived. Soon after, a car pulled up beside me. A young woman rolled down the passenger-side window and yelled, “What’s the matter?” as the rain pelted her face and shoulders.

Once again I told a local that I couldn’t see.

“Where ya goin’?” She knew the house and, along with her husband, insisted on driving ahead of me to guide me there. A few minutes later, they pulled over to the curb in front of the correct address. Standing in the driveway was an older man in a jacket that offered little protection from the watery onslaught. “We expected you a half hour ago. Ya all right?”

He pointed to a grassy parking area. “We’ve had a few challenges tonight,” he called through the downpour. A power pole had come down on a guest’s car, taking an electric line with it. There was no electricity in the house. I found out later that this storm was fallout from Hurricane Matthew, which had just pounded the mid-Atlantic states.

My hostess appeared at the back door of the house. “I’m so sorry about this. But we have flashlights and candles. Your room is all ready,” she said, then addressed her husband. “Who was it led her here?”

Minutes later I blew out my bedroom candle, climbed into a comfy double bed, and slept as well as I can remember.

The 2017 Celtic Colours International Festival will take place from October 6th to October 14th. Plan your vacation there now!

Audrey Coleman is a journalist and ethnomusicologist who explores musical traditions in Southern California and beyond.