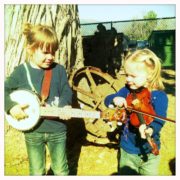 and an Old Time Fiddlers Convention

It’s been a wild time for old-time music lovers in Southern California lately. Two mammoth festivals and a series of secret workshops have recently taken many of us by storm! 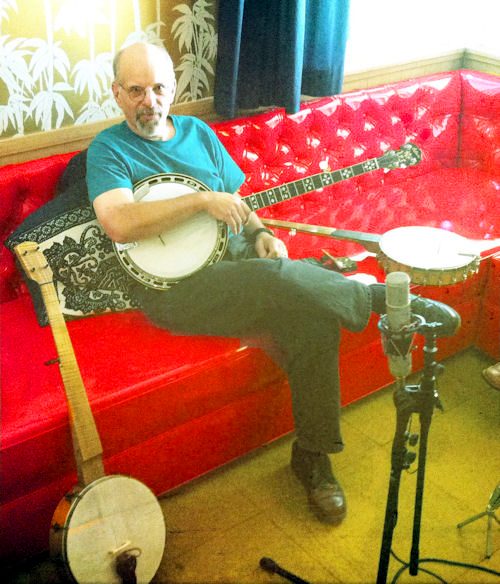 On September 10th and 11th, we had the Equinox Festival of folk music, storytelling and dance. There was an endless roster of traditional artists and workshops in just about every folk style. This year, it was an old-time music lover’s dream. Old Sledge, Tracy Schwartz & Ginny Hawker and old-time music cult legend Dan Gellertmade the trek! My brain was spinning by the end. I think I’m still suffering a musical hangover! Sausage Grinder ripped up a square dance with guest banjo player Dan Gellert and members of every act taught workshops, jammed and performed. See the video below!

Following the festival, my Old-Time Tiki Lounge workshop series hosted two days of fiddle and banjo workshops with Dan Gellert. Discussions, performances, jokes and hands-on tutorials regarding rhythm, mechanics and a myriad of classic and obscure tunes dominated the lounge for days. Musicians came from all around California and out of state to attend. Dan’s playing and his teaching land him somewhere between the mad scientist role and the Zen master. The details and quirks inherent in old-time rhythm seem to be turning into a lost art these days with the dominance of the modern festival “groove” sound. Dan, who has one of the grooviest or funkiest styles in the genre, draws from very traditional African American musical sensibilities that makes his playing infectiously booty-shaking yet 100% traditional. Many lessons were learned in his workshops! 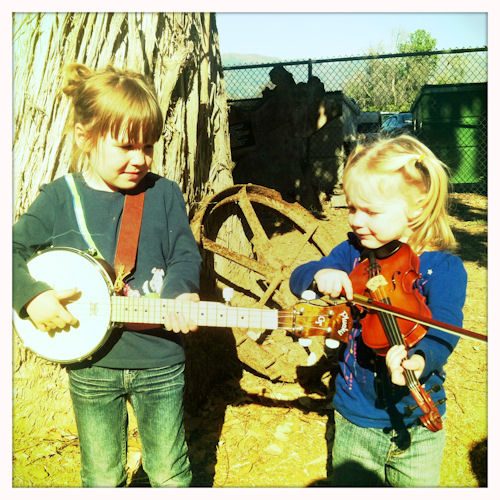 On October 9th a ton of us local old-time aficionados trekked up to the Goleta Old-Time Fiddlers Convention. This year was the 40th anniversary of this very special gathering. Even festival founder Peter Feldman was part of the performance line-up. Eric and Suzy Thompson smoked on the performance stage and great vendors like National Resophonic Guitars and Buffalo Brothers were showing off their awesome instruments! I’ve never missed this festival since I started playing old-time music. I started going as a beginner fiddler/banjoist and now it’s a place where I bring my family, teach fiddle workshops, meet friends and encourage students to compete in the old time music contest. Recently the landscape has started changing. There are more performance artists who fall into a very eclectic mix of folk genres that aren’t exactly “old-time.” However, while the festival is attempting to reinvent itself, it is still a wonderful site for jamming old-time music and participating in the classic American fiddle contest. There are other categories too by the way! Additionally, there is now a square dance with a live band and caller. This year it was Sausage Grinder whooping it up with some great jugband classics and some North Carolina old-time African-American squares. There are also instrument workshops in fiddle, banjo and guitar.

As the workshop fiddle teacher I decided to teach a great tune by West Virginia fiddler Melvin Wine, Greenback Dolly-O. It’s in Cross G tuning (GDGD) and it’s a blast to play. Enjoy!