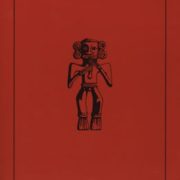 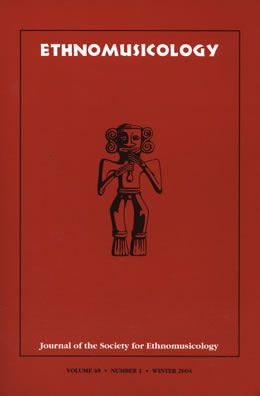 Well into my first quarter of graduate study in ethnomusicology, I am losing my innocence –intellectually speaking. No longer can I use the terms “world music,” “folk,” and “culture” without mentally pausing and musing, “What exactly do I mean by this? What do most people understand it to mean?” Nevertheless, I am thrilled to be tackling such questions in seminars and readings. I’d like to share a story about the early stirrings of “world music.” Please accompany me to turn-of-the-century Germany.

Instrument Classification by Sachs and Hornbostel: Was this progress?

Organology is the study of musical instruments. There, that’s out of the way. In ethnomusicology, you can’t get away from the Sachs-Hornbostel musical instrument classification, even if you hate it. Not that it didn’t have its good points. The project of classifying the musical instruments of the world implied that regardless of origin, complexity, or familiarity to the Western ear, instruments had value and should be made known. Sachs likely considered the classification to be, among other things, one more tool for cultural preservationists. A major goal in this endeavor was clarification. The names and descriptions of instruments needed to be rendered more consistent; for example, they mention confusions of vocabulary; for example, the word marimba was used in Central America for the same instrument called in the Congo a sansa and in Western popular music usually called a xylophone. Their Dewey numbering system showed clear links between instruments that were not necessarily apparent initially.

In my first exposure to the Sachs-Hornbostel Classification, I believed that a byproduct of their system was the healthy intermixing of Western and non-Western instruments with similar traits; thus, pan pipes/end-blown flutes (421.112) were not far on the list of aerophones from the European flute (421.12 1.12). The system itself emanated a new cultural egalitarianism, at least with respect to musical instruments.

However, since discussing the system in my ethnomusicology foundations seminar, I have become aware that the Classification lacks information on the cultural context that would convey how, when, and why an instrument would be played in a given location. The Classification has been challenged periodically by other attempts to provide a more comprehensive process for presenting instruments of the world. The work of Sachs and Hornbostel represents a significant attempt at this daunting proposition and is by no means the final achievement in this endeavor.

It so happens that the Fall 2012 edition of Ethnomusicology contains an article by Elliott Bates with some different perspectives on organology. His reference to the social life of instruments [my emphasis] could not have been further from what I had studied in organology thus far. Early in the essay, Bates likens museums that exhibit musical instruments divorced from their meaningful context to “mausoleums, places for the display of the musically dead, with organologists acting as morticians, preparing dead instrument bodies for preservation and display.” (Bates, 2012, p. 365) It’s true that the Sachs-Hornbostel Classification conveys a similar aura in print of the scientific lab. In contrast, Bates imbues instruments with varying anthropomorphic traits, starting with the comparison to the golem of Jewish folklore, an animated human-like being created from inanimate matter. Remember the novel and film The Red Violin?

Bates describes the “organograms” of Ki Mantle Hood, long-time head of the UCLA Department of Ethnomusicology, as an improvement over the German scholars’ classification, in that they provide denser detail on ways of playing the instruments in the kinds of sounds made by the instruments. Still, in addition to being inconsistent in the amount of detail offered and cumbersome to apply, the Hood model does not convey, for Bates, “the dynamic and variable nature of personal and societal relationships with instruments.”

Presenting an overview of recent scholarly perspectives on musical instruments, Bates seems to be proceeding toward an increasingly personal musician-instrument relationship. The work of Sue De Vale suggests that instruments might contain the actual essence of society and culture and that they might participate in rituals as spirits. Robert Van Gulik’s Lore of the Chinese Lute implies that the instrument has a spirit or personality and recommends specific objects suitable for keeping the lute company. In a politically-charged excerpt, Regula Qureshi includes “music and its instruments” speaking to social struggle.[Emphasis added.]

Bates devotes a significant part of the essay to his own relationship with the saz, which appears to have had the dynamics of the human encounter. His ultimate purpose is to argue for an organology radically different from that of Hornbostel and Sachs or even Mantle Hood, “a paradigm that encompasses the full range of possible human-object-divine relations, as seen in instrument making, performance, musical healing, and numerous other domains.” (Bates, 2012, p. 371)

Do any of you out there sense human qualities in the instruments you play? I’d love to hear your experiences through folkworks.org.

Thank you, Thomas Edison. Early in the last century, recording technology caught up with the appetite musicologists, anthropologists, and hobbyists had for music of the exotic “Other.” They used wax cylinder recording. The other day I listened to a sampling of their efforts. It’s been a long time since I handled a vinyl, but that is the form in which we access the earliest anthology of recordings of traditional music in the UC Riverside Music Library. I lifted the top off the box of records with care. Gingerly, I dropped the needle on the turning disc.

Here again we find Herr Hornbostel at work. Truly, the Demonstration Collection of E.M. von Hornbostel and the Berlin Phonogramm-Archiv represents a significant achievement in the history of recording technology. The 100 plus field recordings made with delicate equipment in places as far from Berlin as Melanesia, Borneo, India, and the Pacific Northwest definitely inspires admiration for the researchers who embarked on such expeditions in an era of few transportation options and limited comforts in the field.

However, the Collection also reveals the challenges inherent in fairly presenting non-Western music to Western listeners — in this case, early 20th century middle and upper class Europeans and North Americans.  Failing to provide thoughtful information on cultural context or historical background on the musical selections, the Collection offered instead a musical smorgasbord from little-known parts of the globe to feed listeners’ curiosity and, in some cases, ravenous appetite for “the exotic.” It seems ironic that, due to its limitations, a project meant to open the door to multiple cultures of the world should reinforce stereotypes of “primitive man.” Questions spring to mind about the conditions of recording:

Three recordings took place in Berlin since periodic world expositions and tours by “native” groups (sometimes sponsored by white profiteers) brought the exotic to Europe. I wonder: When musicians were totally cut off from the environment for which the music was meant, did the performance lose its vibrancy or even change in content? Was it – to use another word that must give me pause – authentic?  Particularly disturbing is Band Eight on Disc Two, Side B. Recorded in 1906, it features the men’s chorus of a Hopi funeral chant. The performers (the number of participants is not mentioned) are described as “Moki Indians,…guest performers in the Schumann circus,” who accepted an invitation from the “Ethnological Society,” presumably the Berlin Ethnomusicology Society, and arrived at the Society’s Institute accompanied by their manager. [Emphasis added] They performed for “(around) 300 scholars and others had gathered there to have a look at the redskins…” (Reinhard and List, 1963, p.34) This raises disturbing questions, some so obvious that it is shocking if they were never asked at all:

In addition, to refer to the performers as redskins in the liner notes reinforced the notion that members of non-Western cultures lacked the human qualities of the dominant culture. Rather than describing the context of the performance, the liner notes actually go on to say how pleased the natives were to receive boxes of cigars as gifts in addition to a few Marks from Kaiser Wilhelm, who intended to keep the recording for his personal collection.

Hornbostel’s Demonstration Collection is, from one angle, an early triumph in the preservation and dissemination of world music. Sadly, however, it also demonstrates the ethnocentric perspective of its curators. Hopefully, our perspectives as listeners, musicians, and scholars reflect greater appreciation of the wealth of musics in the world, the cultural contexts in which they are performed, and the people who pass on the traditions. Whoops. Tradition is a loaded word, too.

Here’s something to ponder: Most people here consider music in various genres –pop, classical, and so on. Mexican music is usually considered to be “world” or “ethnic music.” What about Tex-Mex? With at least one foot in the U.S.A., does it become American music? Furthermore, if ethnocentrism has died out, why wouldn’t people in Indonesia consider music from North America to be “world music”? We are as far away from them as they are from us. But wouldn’t that be a jolt — to see The Carter Family on a list of “world music” selections?

Audrey Coleman is a journalist, educator, and passionate explorer of traditional and world music. She is a graduate student in ethnomusicology at the University of California, Riverside.