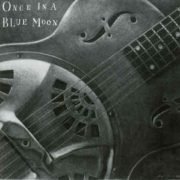 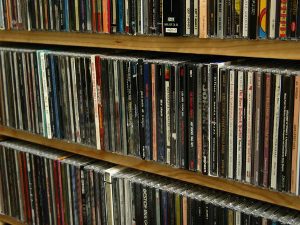 I own a lot of CDs. Somewhere more than five hundred and less than a million, I think. And of those, there are three CDs that I have two copies of each. They are not my favorite CDs but they have something in common: I love them and I’m afraid they’ll go out of print and I’ll lose or destroy my only copy. I have other CDs that I think are better or enjoy more, but they are generally more mainstream artists whose work will probably stay available. Also, two of the artists have passed on and won’t be making any new recordings. Notice I have not mentioned the Cloud or iTunes or other more recent music storage systems, because I still like to have a “thing” with music on it. And since I’m still wrestling with the whole belief in gravity thing, the Cloud is well beyond my ken. 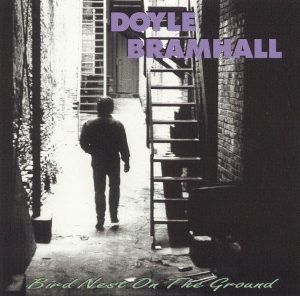 Bramhall was a great Texas drummer, a masterful singer, a blues lover and a masterful songwriter most known for his association with Stevie Ray Vaughan. Vaughan made no secret of Bramhall influence on his own singing style, and hearing Bramhall for the first time might evoke a “Boy, he sure sounds like Stevie Ray,” but the opposite is true. Bramhall played in a band with Jimmie Vaughan in high school. Austin was his target in the late 1960s, and he formed a band with Marc Benno (later of the Asylum Choir with Leon Russell) and Stevie Ray Vaughan on guitar. Bramhall wrote several songs that Vaughan later recorded, and played drums on the Vaughan Brothers’ Family Style CD. Bramhall released his solo debut Bird’s Nest on the Ground in 1994, which included his son Doyle Bramhall II and the Vaughans. With this recording, Bramhall, Sr. established him as one of the key white blues singers of his generation. The title cut is a Muddy Waters song, and taking on anything from Waters’ repertoire takes a great deal of courage, and to succeed, a great deal of talent. Bramhall succeeds. I was only able to see Bramhall play live once, not too long after the release of Bird’s Nest on the Ground. The Winthrop Washington Blues Festival is always outstanding, and Bramhall’s band performance was great, but a little too popular with a group of bikers who were dancing in front of the stage. With each 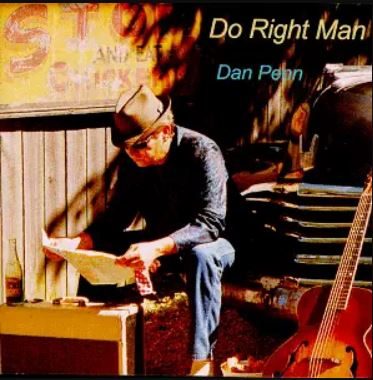 song, a considerable amount of dust was being generated by the dancing. The other acts had not evoked this response from the two-wheeled Astaires. The Festival staff tried to hold the dust down with a garden hose, but Bramhall was upset. It’s hard to sing in dust. Although it was one of the best blues performances I’ve witnessed, and the audience went nuts at the end, no encore was offered. The dust-covered bikers were to blame, and I didn’t hold any animosity towards Bramhall for not wanting to eat more dirt, but the majority of the audience hadn’t been aware of the dust issue and a few boos were heard. This certainly didn’t diminish the quality of the performance. Bird’s Nest on the Ground is still readily available, and it should remain so. It’s a very good recording and a tribute to the late artist.

Also from 1994, Dan Penn’s Do Right Man includes not only a number of songs that Penn wrote and other artists’ scored hits, but also equally impressive tunes that did not score big. Penn was known as a producer for groups such as the Box Tops, but primarily as a soul songwriter. The Dark End of the Street, a co-write with Chips Moman, sent James Carr’s career rocketing, and has become a soul standard ballad. You Left the Water Running was a great tune for Wilson Pickett, and I’m Your Puppet made James & Bobby Purify a lot of money and garnered a Grammy nomination. Amazingly, Penn sings all of these songs better than the hit artists. Although Penn’s recordings with Spooner Oldham are great, this CD is the desert island disk. If you have electrical power or lots of batteries, anyway. 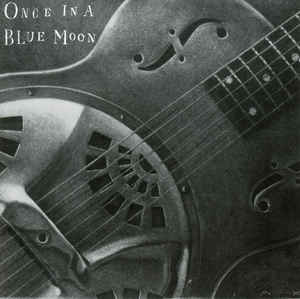 Artist: Gerry Groom Recording: Once In A Blue Moon

Considerably older than the prior two recordings, Groom’s masterpiece was released in 1992. As I wrote in a review on a questionable website 44 years ago, “Most people discover this recording when a friend runs breathlessly into their living space shouting something like ‘You’ve got to hear this! This guy is unbelievable!’ One listen confirms. Groom was apparently a protégé of Duane Allman, and he does sport the same devil-may-care attitude in his slide guitar playing, but he was his own man. Evidently one of the long line of bluesman (albeit white and rather ordinary looking) to succumb to drink and drugs and plain bad luck, Groom sang with conviction and played like a man possessed. This recording features pristine sonic quality, and the live-in-the-room sound of a gathering of friends playing mostly for themselves. The song choices may look cliché at first glance, but Groom makes all of them his own. Mick Taylor plays tasteful support, and Groom supports Taylor well on his solos. For the most part, Groom plays a battered old wooden-body resonator guitar, and the mix with the otherwise electric band is tasteful. Groom’s vocals are somewhat pedestrian compared to his amazing guitar ability, but certainly serviceable. The only sad part of the recording is realizing that the late Groom will no longer be making these jewels. Well worth seeking out, and just shy of perfect. Keep it on the shelf next to Layla, as another blues masterpiece.” Still holds today.

So pick up a second copy of that CD you’d be sad to lose. Yes, I know with Amazon and other dealers just about everything remains available, but why risk it? And while you’re at it, pick up a copy or two of that local musician’s CD you’ve seen play a few times. Although the artist gets more money from an onsite purchase, buy a copy from CDBaby or Amazon. Or both.