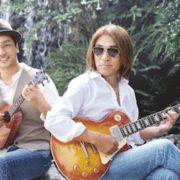 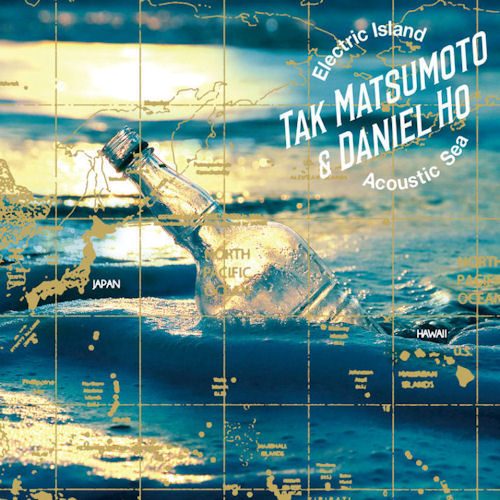 Electric Island, Acoustic Sea. Love the title! The latest CD of Daniel Ho is far afield from his usual acoustic territory. A collaboration with popular Japanese electric guitarist Tak Matsumoto, it takes his talents in an intriguing direction. This leads me to reflect on Ho’s fascinating musical trajectory and achievements. With six Grammy awards to his credit, he is an accomplished acoustic guitarist, ukulele player and pianist (among other instruments), interpreter of Hawaiian, classical, jazz and world music genres, composer, arranger, audio engineer, producer, and music educator. I may well have missed something. 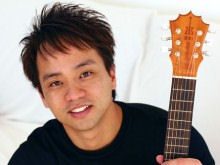 Oahu-born Daniel Ho studied composition and arranging at the Grove School of Music and attended the University of Hawaii. Moving to Los Angeles in 1990, he formed the smooth jazz ensemble Kilauea. By 1997, two of the group’s six albums had made the top 10 on Billboard’s jazz charts. He entered into an extended exploration of Hawaiian music after playing on an album with slack key master George Kahumoku, Jr. Since then, many of his releases have embraced Hawaiian themes. He has also produced numerous recordings of acclaimed Hawaiian musicians.

One of my favorite world music CDs is Ho’s 2013 release, recorded in Taiwan, To and From the Heart with Taiwu Children’s Ancient Ballads Troupe and Daniel Ho. Three years later he recorded with legendary classical guitarist Pepe Romero an album of duets for which he had arranged ukulele parts. Following the release of Aloha España, the two embarked on a landmark tour beginning with a memorable performance at L.A.’s Aratani Theater, which I feel lucky to have attended.

Let me add that as a music educator, Daniel Ho has published ukulele song books, learning manuals for ukulele and slack key guitar, and curriculum materials for teaching the ukulele in the classroom. 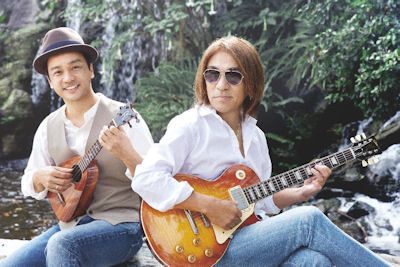 And so, we return to his recording with Tak Matsumoto – Electric Island, Acoustic Sea. Ho composed five of the twelve cuts and arranged nine of them (four in collaboration with Matsumoto). These are beautifully crafted pieces of music. From an instrumental standpoint, the album tends to showcase the electric guitar. Still, it displays Ho’s masterful work on piano, keyboards, and acoustic strings when he is playing on his own and when he is in musical dialog with Matsumoto. On various cuts, Ho performs on traditional instruments – the cha cha (pair of handheld shakers), Sanshin ukulele (an Okinawan string instrument), udu (clay Nigerian percussion), bell caxixi (basket shaker found in Africa and South America), Tibetan cymbals, Chinese cymbals, xiou luo and da luo (Chinese gongs), talking drum (West African), ipu heke (Hawaiian double gourd drum), and ‘uli ‘uli (Hawaiian pair of feathered gourd rattles). While their inclusion is usually subtle and somewhat sparse, one can pick out their music by listening carefully.

Daniel Ho’s latest release is a creative and thought-provoking electric-acoustic conversation. If electric guitar is just not your cup of tea, however, you may want to explore the ample acoustic discography of this multi-talented musician.