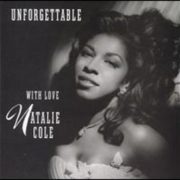 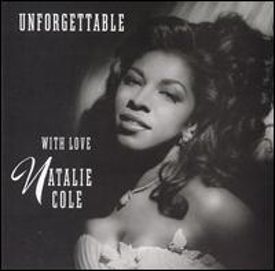 I have always been suspect over the process of taking a recording from one era and adding to it in another. You know, having Natalie sing with her dad, or Paul, George, Ringo and Jeff take one of John’s old songs and “finish it.” Or Jimi’s manager having studio cats redo everything but Jimi’s guitar. But I have changed my mind. The digital age has made this a lot easier and a lot more realistic. It’s still challenging, but not as much as in the tape/scissors era.

The owner was “cleaning house” at the studio and located partially completed recordings I had done from the late 1980s and early 2000s. All were recorded on tape but had been digitized at some point. None were done, and all had issues. Four or five of the songs were just two tracks, mixed down from four tracks. Separation was good, but not levels. But each song had something unique, something that we wanted to capture.

The songs that had been mixed down to two tracks were all bluegrass or at least bluegrassy, featuring bass, guitar, banjo and a lead vocal. By messing with the EQ, the engineer could limit or accentuate the bass or vocals, but at the detriment to the other instruments. If we wanted to add reverb to a vocal, we were also adding reverb to the guitar, banjo and bass. Not ideal. I also wanted to add more instruments to each song. More prominent bass to a couple, drums to a couple, fiddle, harmony vocals to a couple, etc. Luckily the tracks were in standard 440 tuning and pretty much in time… pretty much. I shipped rough mixes to the drummer well before the session and he did a remarkable job in fitting in organically with the original tracks. So now the songs have drums, harmonies, and some rather non bluegrass touches. There are still some clunkers contained within the songs from the original tracks. I think we did a pretty good job of covering those little oddities so that only headphones, clean ears and high attention to detail could find the culprits.

Here’s an example from the PlasticMeltdown Records site: TheCuckoo.mp3 This is The Cuckoo, the old mountain song that came from the British Isles long before anyone had ever done the Hully Gully or been seriously frightened by Burl Ives. The recording I had done in the late 1980s was in D minor, and I now do the song in B minor. I loved the sound of the higher register but was having difficulty hitting all the high notes even in the late 1980s. That attempt would not be made now. The original bass track was too low, so we recorded a new bass track using an acoustic guitar bass miked to try to replicate the sound of an upright bass. Worked pretty well. We also added a twelve-string guitar, harmonica, drums, and fiddle. There was now more new than old, but the new rhythm section allowed much greater flexibility in mixing. We could now drop out the original instruments during instrumental lead breaks, making for a much cleaner sound. Overall the final project sounds pretty seamless, but since I’ve told you which tracks were recorded long ago, that’s most likely how you will hear it. The power of suggestion.

With these older tracks, there is a sort of jigsaw puzzle type challenge in getting things to fit and sound similar enough. When done badly, it sounds godawful. During an early year’s visit to the Autry Museum, I purchased a cassette of Gene’s greatest hits for my father. (I told you this was a long time ago!) When we popped it in for a listen, it became immediately apparent that some genius had thought it was a good idea to add drum machines and bass to the original recordings. The new “instruments” were also mixed as loud as Gene’s vocals. It was excruciating to try to listen.

We’ll hope that our little project continues to amuse.

It’s a great time of the year to listen to live music. Sadly, most free summer concert venues have turned into tribute band mania, something that at least approximates music. Approximately. So avoid tribute bands if possible, and maybe even embrace the wild notion that some original material could be entertaining. At a club, restaurant or bar, make a request of the artist: ask them if they write or arrange and if they do, ask them to play something they created. I can guarantee you’ll see a big leap in commitment, and you might just like it. Park legally, celebrate responsibly, tip the wait staff and performers, and remember America never listened to the radio during the Revolutionary War.