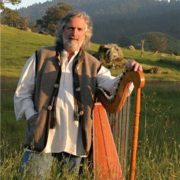 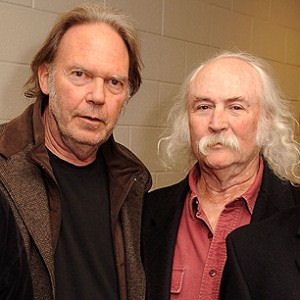 OK, I’m not sure this is actually news… it seems that Neil Young and David Crosby have had a serious disagreement, and as a result Crosby, Stills, Nash and Young will never perform together again. That’s according to Young. Crosby, though, says the statement is a bit “like saying there are mountains in Tibet,” and that the whole thing will blow over. There’s no mention of the nature of the blowup, but Crosby did take the opportunity to mention that he knew “at least 20” guitar players who are better than Young.

Of course, there are no actual CSNY reunion plans anyway, although Young did give his OK recently for the release of a live album recorded in 1974. It’s probably just a tempest in a teapot… or perhaps (oh, cynical me) an attempt to draw some attention to that soon-to-be-released live album? But even if it’s all true let’s hope it will blow over after some time. Wouldn’t it be great if there was a reunion some day?

Watch for it… Due to be released on November 3 is a ten-CD Woody Guthrie box set with 160 songs. “Woody Guthrie – America’s Folk Idol No. 1” includes tracks recorded over a number of years by Woody, with backing by some of folk music’s legends including Cisco Houston, Leadbelly and Sonny Terry. You can pre-order it before November 3, or purchase it after that date, on Amazon.

“Music is everybody’s possession. It’s only publishers who think that people own it.”

San Diego’s first music only film festival, the Point Music Film Festival will take place on November 8. The festival will feature 10 films, including bluegrass-related “Making History with Pioneers of Bluegrass,” “The Tao of Bluegrass,” and “Mandolin in B: The Herschel Sizemore Story.” Country music’s “Heartworn Highways” will also be included, as well as the highly acclaimed documentary about John Lennon, “Rubber Soul” and more.

Also featured will be performances from 6 musical groups including headliner James Reams & the Barnstormers featuring legendary fiddler, Blaine Sprouse. For information and tickets, go to pointmusicfest.com.

British composer and conductor Sir Arthur S. Sullivan returned home one night after a lively party at which the wine had flowed freely. His house was one in a row of identical terraced houses on his street, and he realized that in his inebriated state he couldn’t tell which house was which. His solution to the problem? He walked along the street, and in front of each house he kicked the metal shoe scraper that was installed there. One rang a familiar note. “E-flat, that’s it,” he said quietly to himself, and walked confidently into his own house.

“My choice early in life was either to be a piano-player in a whorehouse or a politician. And to tell the truth, there’s hardly any difference.” – Harry S. Truman 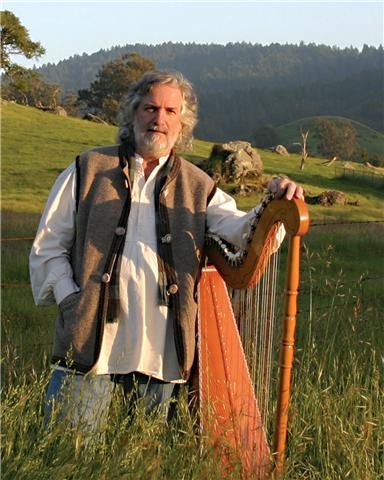 He touched the lives of so many musicians in California and beyond. Some people knew Chris Caswell for the beautiful harps he made—and for the special way in which he played them. Some knew him as a performer from his days with Robin Williamson and his Merry Band or from Caswell Carnahan, his partnership with Danny Carnahan. If you went to Lark Camp, you knew him as a teacher who offered classes like “Pizza Box Bodhran” and “Guerrilla Theory.” Possibly you found him at the Northern Renaissance Faire at Blackpoint, or maybe as pipe major of the City of Petaluma Pipe Band, or as a recording engineer, songwriter, composer, poet….. his passing last year left a void that will never be filled.

I’ve just received my advance copy of what has been called the “Chris Caswell Legacy” CD. It’s actually a double CD that features selections from almost every aspect of Chris’s musical career from early days to his final recordings. In his final years, Chris began working on a planned series of four albums that were to be based on the traditional themes of Earth, Air, Water and Fire. The first of these, “Holy Wood” was released several years ago, and then illness and other commitments slowed the progress.

This legacy CD, produced with funds donated by friends, students, fans and others whose lives Chris touched, contains the next two in the series: “The Brightening Air,” and “The Well at the World’s End.” Compiled by Danny Carnahan from Chris’s archives, they are a combination of old and new material. It’s a beautifully produced album… if you knew Chris, it will make you cry and laugh and smile. If you didn’t… well, I suspect you will after listening to this CD. The music, the packaging, and the liner notes are all beautifully produced and are a fitting tribute.

I had hoped to include information on where you can buy this double album, but I don’t believe it’s available yet at the time I’m writing this. When I know the answer, this column will be updated with that information.