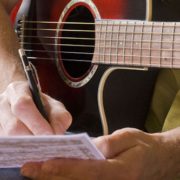 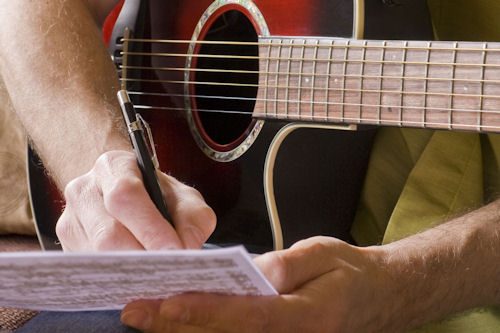 Songwriter? Just starting out, or do you have about 1,000 songs already completed? Do you always write solo? If you are a solo writer, perhaps it’s time you considered doing some collaboration. Now, first of all, collaboration means working in congress with another. Since WWII, this term also pertains to people who helped a foreign occupier of their country, particularly those French citizens who assisted the Nazis. A collaborating songwriter need not fear death or dismemberment, so let’s just call songwriting partners something less distasteful, perhaps something like songwriting partners.

Okay, first things first. How do you find a songwriting partner? If you are in a band, perhaps you need look no further. Especially if your songwriting is targeted for your band, then reaching out to the other members is the best first step. Including the whole band in writing isn’t a terrible idea, especially if money will follow the songs. It’s very common for a band just starting to make some dough to have issues regarding the fact that the group’s songwriters make more than the other band members.

So you aren’t in a band or you don’t want to write songs for the heavy metal Klezmer band you do belong to… so it will take a little work to find your partners. Do you know other folks in similar bands to the style of music you do wish to write? If not, attend more live shows. Ask about the original songs. Compliment the writer. See if the writer is interested in partnering on some songs. This will take some finesse, because some (many, most, all) writers may have enough ego to resist anyone tampering with their songs. Truly good writers remain open to all possibilities.

There are also a lot of internet forums and websites that cater to songwriters. Although working face to face in the same room is often the stereotypical songwriting image, with today’s technology one can write in the “same room” with someone located across the world. And even in the past, it is not uncommon for one team member to provide lyrics to a melody writer or vice versa.

There are a thousand ways to co-write. The best advice is to keep an open mind. If each one of your songs is like one of your children and you can’t fathom making any changes, then look in the mirror. You’re probably a primitive poet, not a songwriter. Good songs rarely fall from the heavens intact, and if you can’t take any criticism or suggestions for change, you are probably best suited not to be a co-writer. By the way, you’re probably not suited to be a particularly good songwriter, either. Few of us can spew genius in a vacuum.

So let’s just say that you’re an old schooler, and you’re sitting down in your living room with a guitar, a tape recorder, some pads and pencils (or a laptop) and someone you want to write with. You are familiar enough with the other writer’s craft to know that you share musical genres, or at least have enough in common to find some middle ground. By the way, some songwriters can’t play an instrument or are not even really musicians. But perhaps they have a great lyrical sense, or can whistle beautiful melodies.

Where do you begin? For the first sessions, it’s not a bad idea to bring a few concepts to the table. And be prepared for some changes. I played an almost complete song to a partner once, and he said “Well, I think you are almost done. What do you think about making your verse lyrics your chorus lyrics, but keep the music the same.” Sounded nuts to me, but by the third or fourth pass it seemed to work well, and now I can’t recall how it sounded in the first place.

Be honest, to your co-writer and to yourself. If the other person comes up with an idea that doesn’t work for you, it’s okay to say so. You are creating this “baby” together, so although compromise is often required, sometimes it may be the wrong compromise.