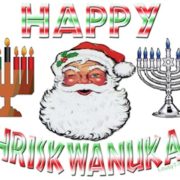 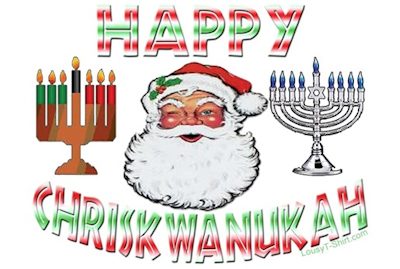 The Winter Solstice gives us the shortest day of the year, in terms of daylight hours, and occurs in the Northern Hemisphere on December 21 of the Gregorian calendar (that’s the one commonly used today). The solstice has given rise to celebratory traditions, many of which were merged into the Christian celebration of Christmas (“Christ’s Mass”).

However, celebration of the Winter Solstice and Yule (from the Scandinavian Feast of Juul) is alive and well. While some celebrate among friends and family, others travel to such places as Stonehenge in England and Newgrange in Ireland to share the holiday with hundreds of others. Check out the Magical History here. Newgrange is particularly known for its large passage tomb, constructed over 5000 years ago, that was built with a roof opening that allows in the sunlight every Winter Solstice.

The solstice celebration has also given us some beautiful music, such as this song, Solstice Evergreen by Spirit Dance:

Can Christians and Pagans celebrate together? How would that even work? Here’s how, according to Dar Williams:

For the complete lyrics, so that you too can sing along, click here.

The Jewish holiday of Chanukah has become fairly well known outside of Judaism; many speculate that this is because of its proximity to the Christmas holiday. However, beyond the eight nights of candles, latkes, and other foods cooked in oil, there is the retelling of the story of how the Greeks, who ruled Jerusalem at that time, outlawed the Jewish religion and desecrated the Jewish temple. It was the Jewish Maccabees who fought them off and ultimately regained and restored the temple for the Jews. So why eight nights? It is said that there was only enough oil to burn the sacred candles for one night and yet the oil lasted for eight. But, as many stories of Jewish victories are abbreviated: “They tried to kill us, we survived, let’s eat.” You can find a more detailed and expansive story of Chanukah here and you can also listen to this modern version by The Maccabeats:

Some years ago, I had the privilege of being welcomed to join a Kwanzaa celebration. This modern holiday began in 1966 as a Pan-African holiday which celebrates family, community and culture and focuses upon values. It was created by Dr. Maulana Karenga, a professor at Cal State Long Beach and is based upon Nguzo Saba (the Seven Principles): Umoja (Unity), Kujichagulia (Self-Determination), Ujima (Collective Work and Responsibility), Ujamaa (Cooperative Economics), Nia (Purpose), Kuumba (Creativity), and Imani (Faith). Even though created in the U.S., the principles are in the Swahili language. Although Swahili is one of many African languages, it has become prominent among them; there is in interesting PRI Podcast that discusses this in more detail.

Of course, while you can read about the principles, there is no better way to hear them sung than by the internationally acclaimed performance ensemble Sweet Honey in the Rock:

You can learn more about them, including their Southern California tour stop on January 18, 2020 in at the Lewis Family Playhouse in Rancho Cucamonga.

So, whether you celebrate or not, here is hope for a peaceful and joyous time as we look forward to the new (Gregorian calendar) year!