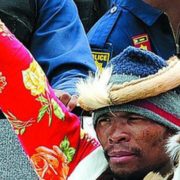 Alan Lomax: He was the one who brought us Woody Guthrie and Muddy Waters and countless other voices we might otherwise have never heard. Over the years, he created an archive of music that included over 17,000 tracks, and finally the collection is being digitized and will be made available on the internet. Look for it near the end of March. Oh – and did you know that he also created a vast archive of dance on film? There are thousands of hours of film that will also be made available online, too. Here is the website to check them out.

C, E-flat, and G go into a bar….The bartender says, “Sorry, but we don’t serve minors.” So E-flat leaves, and C and G have an open fifth between them. After a few drinks, the fifth is diminished, and G is out flat. F comes in and tries to augment the situation, but is not sharp enough. D comes in and heads for the bathroom, saying, “Excuse me; I’ll just be a second.” Then A comes in, but the bartender is not convinced that this relative of C is not a minor. Then the bartender notices B-flat hiding at the end of the bar and says, “Get out! You’re the seventh minor I’ve found in this bar tonight.” E-flat comes back the next night in a three-piece suit with nicely shined shoes. The bartender says, “You’re looking sharp tonight. Come on in, this could be a major development.” Sure enough, E-flat soon takes off his suit and everything else, and is au natural. Eventually C sobers up and realizes in horror that he’s under a rest. C is brought to trial, found guilty of contributing to the diminution of a minor, and is sentenced to 10 years of D.S. without Coda at an upscale correctional facility.

Dick Kniss was often described as the fourth member of Peter, Paul and Mary. He joined PP&M in 1968. He had this capacity to weave countermelodies, Peter, Paul and Mary’s Noel Paul Stookey recently told the New York Times. “He was the master of when to answer. In folk music, we’re telling a story. The guitars would begin it, but Dick was an orchestrator, and his entry often signified a particular turning point in a song.”

When PP&M went their separate ways he joined John Denver’s backup band and co-wrote the song Sunshine on my Shoulders with Denver. But as soon as PP&M announced reunion he returned to them and stayed through the final memorial concert for Mary Travers.

Dick Kniss died a few weeks ago of pulmonary disease. He was 74. 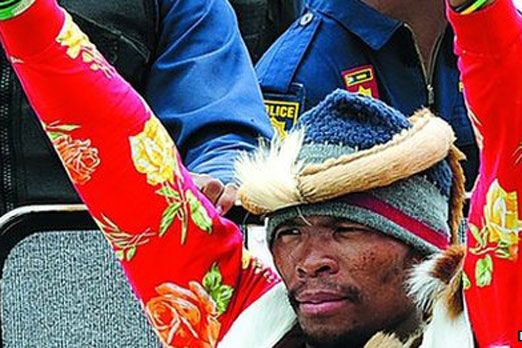 Police in South Africa are investigating a man who says he is Khulekani Mgqumeni “Kwakhe” Khumalo, one of the best known figures in traditional maskandi music, who died in December 2009.

“It really is him,” Khumalo’s grandmother, Zintombi Mseleku, told South Africa’s Sunday Tribune. “He is looking a little worn, and his cheeks are less chubby, but it’s him.” She is one of several relatives who say the man who appeared on 29 January is the person they buried two years ago.

Officials are less convinced. The purported Khumalo was arrested on Monday and questioned by police. They have taken fingerprints and DNA samples; test results are due later this week. If the man’s DNA matches the material on file, officials are expected to exhume the musician’s body. Otherwise, he may be charged with fraud.

Before his arrest, the man claiming to be Khumalo addressed thousands of fans who flooded to his home in Nquthu, KwaZulu-Natal. “I have always been alive,” he told the crowd, saying he had been held captive by zombies for the past two years. They were apparently preparing a ritual to transform him into a tokoloshe, or water spirit. While the “resurrected” musician refused to play any music, he asked his fans to be patient. “I promise to continue singing once I gather enough strength,” he said.

The following are excerpts from essays written by students after a concert which they were required to attend:

* The Theatre is set up so that there are many seats on the floor, some that are very close to the stage and others that are farther away.

* [A male student writes]: The person I went to see the play with was Karen. She is just a friend, unfortunately, and she was delighted to go.

* The Haydn piece [string quartet] was nice, but not very moving or memorable. I understand that that is one characteristic of classical music

* The ensemble played their instruments after each main verse was completed. This took skill and had to take a lot out of their lungs.

* Several of their songs required them to slide from one note to the next, which added flare.