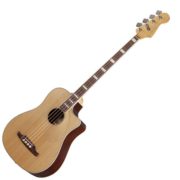 For Fun And No Profit 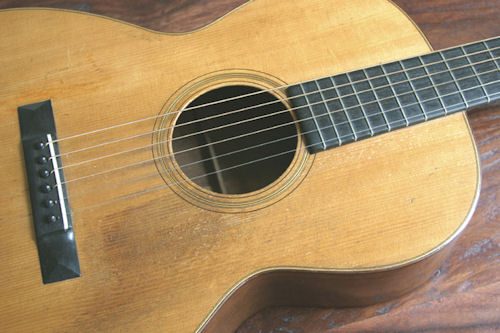 I’m not really sure when it started. My first few guitars were less than stellar, so buying/trading/selling was just a way to obtain a better instrument. I don’t think I ever owned more than one guitar at a time, and sometime around 1969 or 1970 I traded a Guild Starfire electric guitar and some cash for a Martin 00018 that I kept for over 25 years. I must admit that I thought I was buying an exact duplicate of a friend’s Martin, not knowing that Martin makes/made different style guitars. So mine was not a dreadnaught, but I liked it anyway. I picked up an electric guitar or two, swapping and trading and at one point, having added a bell brass resophonic guitar to the stable, actually owned three guitars.

Then I started playing bluegrass more seriously, and the poor little 000-18 just couldn’t fight those mandolins and banjos like a dreadnaught. So I bought a Taylor dreadnaught and was happy. For a while. I then started playing mandolin, first purchasing an almost decent Asian model. But I hungered for a better mandolin, and traded that Martin for a Flatiron mandolin. So one guitar, one mando. It stayed that way for a few months/years and then something seemed to happen. I just kept buying, trading and selling guitars, both electric and acoustic, and mandolins. I don’t recall ever making much money, and I do recall losing money… a lot. That fretless bass that the band demanded I get rid of. I must admit that my intonation needed work. I even started buying “vintage” instruments like a 1930 National O style. Sometimes instruments only passed through the house, not really staying long. Then marriage and family and mortgage started coloring the constant buy/sell/trade. Not stopped, but slowed. Time passed. Bands started and broke up. Gigs were played. Instruments were used, then cast aside as something new caught my eye.

Budget and time somewhat stabilized the stable. A few years ago, we lost some investment money as the economy soured, a story many of us can tell. Not too much, but enough to hurt. And I moaned about it. “I’d have been much better off if I’d just invested in vintage instruments instead of stock and bonds. You can’t play them!”

My wife called the bluff. We were refinancing our home and we had some “extra” money and she told me to buy a vintage instrument to serve as an investment I could play. I realized several things simultaneously: I’m married to a wonderful woman; that I’d better do this pronto before one of the cars broke down or someone needed emergency dental work; and probably most importantly, I do not know enough to comfortably purchase a vintage instrument. So I began my internet search, and within a few short days I had located a fairly recent Martin “signature” guitar that was in the price range. The “signature” artists was iconic, very well known. A call to the store resulted in a week and a half game where the instrument left the state to attend a guitar show in Texas, then returned but not to the store I had contacted, to their sister store quite a few more miles away. I decided that it was not to be, and then the phone rang to tell me it was available at the closer store. I played it and decided this was the one. It had Brazilian rosewood back and sides, and that seemed to guarantee that the value would increase with age, as Brazilian rosewood is protected and no new product is readily available.

Nice box. It was in perfect shape, and although I did gig with it a bit, I found myself afraid I might compromise my investment by doing damage to the guitar. I really never “bonded” with it, even though I loved the tone, look and playability. It became one of the “closet” guitars. 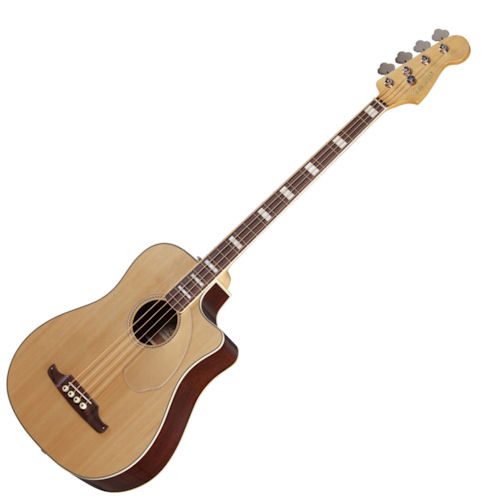 Then a somewhat odd thing occurred. I had been playing bass in a country bar band, but we occasionally got an “acoustic” gig and I had been lusting after a Fender Kingman bass: a Fender acoustic guitar body with a Jazz bass neck. Found one used on line for $209, instead of the $579 new price at Guitar Center or Musician’s Friend. Another $75 for a professional set up and I was good to go. So I looked into Fender Kingman guitars, and bought three. Two were used, all were well under $400 and all played and looked great. One went to my son, so it’s not quite as nutty owning three instead of four. I play the heck out of these, on stage and off.

So my two Gibson’s and my Martin sat unplayed. I had the Martin appraised and it had risen in value a thousand dollars or so since my purchase. Hurray! Boy, I could use some cash, so I accepted a cash offer from a large vintage guitar store. Sent them the guitar and got a call. Unknown to me, the truss rod in the neck was broken. Could have been from the store I purchased from, could’ve been from a local luthier who did a nice setup on the guitar. All suspects are retired, moved away or missing in action, so I bit the bullet and took a much lower offer. My investment now was a loss of about 30% of my “investment.”

This is recent enough to sting, but it does provide a nice example of classic irony in how I explicitly moved towards a “safe” investment and paid for it. Thank the stars that I am still greatly enjoying my cheap new guitars.

Find some live music, and gather up some friends to attend. Tip the artist, the waitress and anyone else that crosses your path. You’ll sleep better.