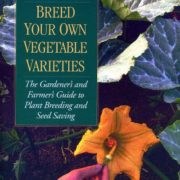 Breeding Can Be Fun 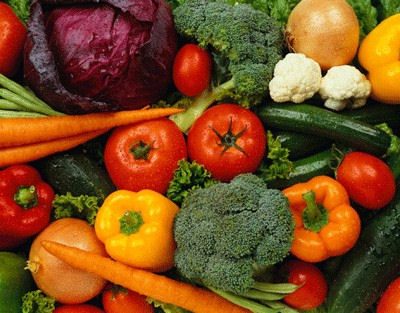 If you’ve been thinking Clear Channel is the biggest impediment to creativity, cast your thoughts in the direction of your back yard. You know, the part of the lot behind the house. Your garden. What new and interesting plants are you growing? Is it just some of the same old plants as in your neighbors back yard? You know, the plants everyone picks up at Home Depot?

There was a day, and not so long ago, when people just like you and I actually bred their own vegetable varieties. Just like Mendel, that character out of our 8th grade science books, who did amazing things with peas; wrinkled, green, smooth and yellow. Until the mid 1900s it was common for everyday gardeners to create their own tomatoes and it didn’t take generations to achieve bragging rights to the most delicious varieties.

Carol Deppe’s book, Breed your Own Vegetable Varieties and her website take the mystery out of this phenomenon of self reliance and sustainability that somehow got lost when corporate America decided to convince us plebeians that they had the best ideas of what should be grown and served in our country.

When I was a boy in Kansas, almost all my elders knew how to play an instrument. They would entertain themselves on a Saturday evening with their own versions of songs they had heard or old standards for which they had the sheet music. Similarly that generation still knew how, with a little effort (turns out to be very little effort), they might get a better variety of watermelon to grow in a more northern climate, or a hotter pepper, or a disease resistant tomato. Within a few years, and only dozen plants, you too can be serving up the sweetest watermelon Von’s never sold if that’s what you’re yearning for. Maybe you want to grow lilacs that you remember from your childhood in New York, but the local nursery tells you, “They don’t grow in Southern California, unless you head to Big Bear.” Once you familiarize yourself with Deppe’s work, nothing will stop you from trying your own crosses. 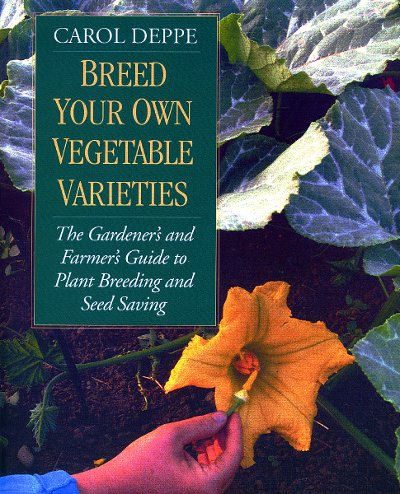 The heyday of amateur plant breeding was between 1900 (when we were just beginning to understand genetics) and1950 (after which commercial interests in transporting food commodities made it more lucrative to develop a portable, rather than a succulent, tomato). Modern professional breeders have tended to support commercial interests leaving our backyards neglected, and now, the professionals tend to want to only work with genetically engineered plants which many of us find appalling – if not absolutely scary.

Seed saving has enjoyed a new popularity among those interested in sustainability and thwarting the arrogance of patent efforts by Monsanto and others who would force genetically modified plants on an increasingly wary population. Plant breeding is a logical extension of such defiance to the commercial ownership of what some believe should be humanity’s shared property. There is not a lot of money in breeding plants, but that hasn’t stopped us in other ventures has it? There is a lot of satisfaction and personal reward from it.

As our porches sit vacant and iPods proliferate, now might be the time for us to put our minds as well as our backs into some really rewarding and creative efforts…Deppe calls us to seize the opportunity to enjoy and foster sustainability by not only saving seeds, but by breeding our own veggies and flowers. Take back the back yard!

Grandson of a Great Plains farmer, David King is the Garden Master at the Learning Garden, on the campus of Venice High School. He shares his love of the land and music through teaching, writing and playing in a folk/country band. Contact: greenteach@roadrunner.com

Breeding Can Be Fun