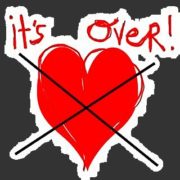 BREAKING UP IS HARD TO DO 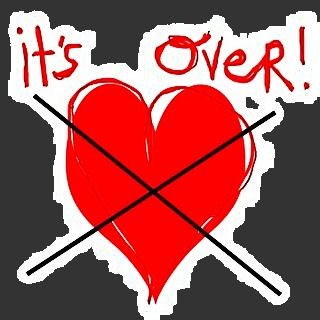 So you’re in a band. You’re working, doing gigs, maybe even some recording. And then something happens. The band ends. End of the world? Probably not.

Bands end for a variety of reasons. Bands are a relationship, so many of the same reasons that a relationship may fail also apply to bands. Money is often a factor in a band’s demise. Gigging a lot but not taking home much pay? Travel costs exceed gig money? Or maybe it’s the classis deal where one or two band members write the songs, and therefore reap more money than their bandmates. Some bands alleviate this issue by attributing all original songs to the full band. This can be sticky if any of the “new” songs pre-date the band. Songs written by multiple writers are rarely equally divided by effort, but often by how the song came about. Did one writer bring in a song that was 99% done and the rest of the band “finished” it? Clearly demarking the rules on songwriting will help. Might even keep a band together.

So like in many relationships, money can be an issue. So can commitment. Perhaps a band member plays in multiple groups and is often unavailable, or cancels gigs he’s already agreed to do. Maybe a day job is taking precedence, and a decision has to be made. Maybe that nice new lead singer forgot to mention she was moving to Sydney, Australia next month. Or going back to school. Or retiring.

What about sex? Yes, bands break up because of sex. Relationships sometimes start within a group, and if the bass player and the drummer both have a crush on the new oboe player, there could be trouble on the horizon. Or perhaps there’s the “Yoko” issue… a significant other who either wants to join the band (almost always on tambourine) or provides lots and lots of helpful comments to improve the band. Often the term “new direction” is used, which means that the significant other wants to see his/her significant other being more in charge, getting more spot light. And good luck if you’re in a band where the “love” relationship ends, but the two ex-lovers have to continue to work/perform together. I don’t care what they say about Fleetwood Mac, it’s not fun to be in this situation, no matter how good the songs that result may be.

Sometimes bands breakup because one member is not pulling full weight, or one member is clearly not enthused at being in the group. Members come and go in many bands, but the band identity may change dramatically with only one member leaving. The Byrds fired David Crosby, Gene Clark quit and then original drummer Michael Clark left as well, leaving just two members, Chris Hillman and Roger McGuinn. The band managed to last for a few more years and record several excellent recording despite the personnel changes, even after Hillman left the band leaving McGuinn as the sole original member. One must remember that not everyone follows music closely, so that some fans may have been unaware or uncaring that the band on stage was not exactly the same band that recorded the hits they are playing.

And then there is that old incompatibility issue. Maybe it’s musical incompatibility, like when your mandolin player has suddenly refused to play anything but sambas. Or it may be more of personality conflict. You just can’t stand to sit in the van while the sax player trims his toenails again. Or you just can’t take the bass player complaining about the drummer, and the drummer complaining about the guitarist, etc.

Drugs and alcohol? Oh yeah. The drummer that doesn’t miss a beat while he opens another beer. The singer that goes out for a “smoke” at break and comes back a semi-basket case. Missed practices and gigs, unsavory characters showing up at practices to catch the trumpet player. There are a lot of stereotypes about perpetually drunk bands, such as the Faces or the Replacements. But chances are your band can’t be like these folks, even if all your band plays are Irish drinking songs.

So what to do if the band breaks up? Well, you could start a new band using whatever members of the old band are willing and able. Maybe it’s time to do some solo stuff. Maybe it’s time to seek out other bands or other musicians for a fresh, new deal.

BREAKING UP IS HARD TO DO