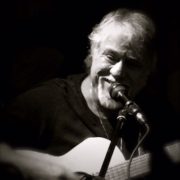 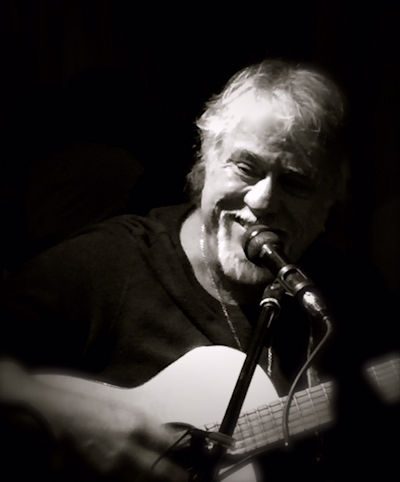 Take more than fifty years of singing in bars and clubs in one of the most famous ski resorts in the world, stuff them into a 22-foot vintage 1965 Airstream Safari Travel Trailer because your lungs and your heart can no longer handle 8,500 feet above sea level. Then throw in two guitars, whatever clothing and stuff you can’t do without, add your wife and your own time-worn body, hook up to a GMC Yukon and drive down from the safety of the mountains you’ve called home for practically your entire adult life. Aim for parts unknown to see what you can see, sing where you can sing, and be what you’re going to be, and what have you got? Bobby Mason is what you’ve got. Yes, that Bobby Mason, the “Mayor of Music” of Aspen Colorado who arrived there years before Rocky Mountain High was memorialized in song by the sandy-haired folksinger who charmed the world. That guy showed up long after Bobby had hung the ‘Music is Welcome Here’ in the Aspen town square. Bobby Mason who at the age of seventy-five cut the umbilical cord that connected his soul to the town he graced with his music for forty-nine years – and headed out for the adventure of a lifetime.

I visited with Bobby here in Los Angeles while his shiny aluminum home was moored at the Hollywood RV Park, a quiet resting spot in the middle of the San Fernando Valley, at the invitation of friend John Sommers, John Denver’s long-time fiddle and banjo player and Aspen expat. Bobby and I sat around trading stories for a few hours. I was flattered when he asked me to sing a song or two of mine, and it didn’t take any coaxing from me to get him to sing. Getting to know a guy like that is like taking a college course in the music of America starting back in the early sixties right up until now. That’s because he’s been a part of it all every step of the way, beginning in the early sixties banging around the L.A. clubs like PJ’s, Gazzari’s, by himself and with The Happy Medium, his group at the time. He played surf music sitting in with greats like the late Dick Dale, performed for Bob Eubanks’ Cinnamon Cinder and had a hit record, Jezebel with his group The Illusions back then. Richie Valens taught Bobby the words to La Bamba one night backstage in 1960.

A sample of Bobby as a solo performer singing “Getaway John” from his Bobby Mason – Acoustic CD:

Then, although he had been a well-established musician in SoCal throughout the mid-sixties, he was asked to do a two-week gig in Aspen, Colorado with his band The Happy Medium, Bobby remembers asking: “Where’s Aspen?.” Within a week after the band arrived, he announced: “I’m home!”

And home it became. Since that date in 1969, Bobby has played in Aspen with John Denver, The Nitty Gritty Dirt Band, The Eagles, The New Grass Revival, Jimmy Buffett, Bo Diddley, JJ Cale, Dan Fogelberg, Kenny Loggins, Jerry Jeff Walker, John McEuen, Bonnie Raitt and countless others at nearly every club in Aspen. He never missed an opportunity to perform a benefit or a fundraiser for a sick friend or a worthy cause and he worked tirelessly for others who were in need. A recovering alcoholic himself, Bobby never said no to a friend or stranger who needed help or support and Aspen rewarded him richly. 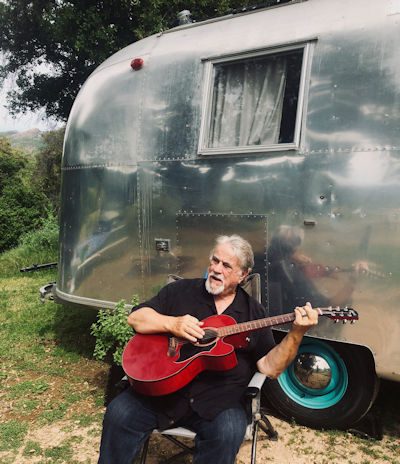 When we talked last week, Bobby was insistent on making sure I understood that he played “with” all of these great musicians.

“Oh yes, Jimmy Buffet asked me to join his band and play for him but I said no, I play with friends, not for friends.”

And this…“Things happen at the oddest times and in the oddest places sometimes. Did you know that while I was in Aspen, somebody asked me to audition for a voice-over. Guess what? I became the voice of Jeep for three and a half years. You know, There’s a feelin’ you can get only in a Jeep! – If I had been anywhere else but Aspen, that wouldn’t have happened!”

In 2018 Bobby Mason was inducted into the Aspen Hall of Fame – the first musician ever to be inducted. And it was the late Aspen entertainment editor Stewart Oksenhorn who dubbed Bobby “Aspen’s truest music icon” and Aspen’s official Mayor Of Music.

But Aspen was then, and this is now, and that’s what Bobby and I talked about during our second visit on a cool cloudy day aside his Lake Casitas campsite near Ojai, California. The future.

“I have no idea what the future holds”, he said, “that’s what makes it an adventure, and not a journey. I have no idea what the grand plan is. We’ve got gas, we’ve got health, and we want to see what’s out there for a guy, a guitar, and an eagerness to touch and feel as many people we can. I’ll be playing with Jonathan and Nathan McEuen tonight. We’ll be here for a few days more then we’re off into the blue…this trip is like writing a song. You think you know where it’s going and if it feels right, you go there and if it doesn’t, you don’t.”

Jane Labelle Mason, Bobby’s wife of five years, and active creative partner has launched a Facebook chronicle and journal of their adventure under the heading Music Safari. It’s in its infancy as FB goes, but they intend to chronicle their adventure every step of the way so that folks will know where they are and where they’re heading, and friends and strangers alike will have the privilege of sharing the adventure.

As I left him and his wife aside the 1965 Airstream camped by Lake Casitas, the words to one of his songs rang over and over on the drive back to Los Angeles:

Walking down that road

If you see my stumble, take my hand

Til I stand on my own

Down to the sea

Where the cool breezes blow

There’s just something that keeps

Calling me back home

The road is long but it’s not that far

If i just take it slow

Walking down that road

— Find My Way Back Home by Bobby Mason & J.D. Martin

Three Bobby Mason CDs are available on iTunes, Soundcloud, and Amazon Music as well as on Bobby’s Facebook Page

More of Bobby Mason’s story is available on his website. Lots of music there and an informative interview as well.

Editorial note: As a young folk singer, I left the comfort of my home community of folksingers in New York’s Greenwich Village and along with my singing partner Paul Potash, climbed into an old Chevrolet and with only a hint of what awaited us, we headed for the West and an adventure of a lifetime. How exciting it was to meet a present-day troubadour who at the young age of 75 is embarking on a similar adventure and all the fresh excitement that goes with it. – Art Podell