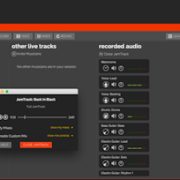 ARE TRADITIONAL MUSIC JAMS AND SESSIONS ON THE INTERNET REALISTIC?

There is much interest – and hope during the current shutdown – that the internet technology provides easy alternatives for in-person jams. I see almost daily invitations for old-time or Irish sessions hosted on the internet. But is the technology ready? Can it provide an inspiring musical experience? Would it ever be a full substitute for a real-world meeting? I am skeptical.

The biggest hurdle for a real-time internet jam session is latency, which is the time delay it takes to move sound or data between physical locations and which interferes with real-time playing. Some delays are caused by existing technology that digitizes sound waves and converts data back to sound. But there are some fundamental physical constraints and latency will always be an issue as a matter of physics, regardless of technology. The more distance between the musicians, the greater the latency. Although there are many inspiring videos that seemingly show musicians playing together on different continents in real time, it is physically impossible.

Light travels at 300,000km/sec and at about 2/3 of that speed in optical fiber (which I use for the calculations). If you want to play with somebody halfway around the world, it takes 200 milliseconds for the data to travel from you to them and back, not counting delays resulting from computer hardware and the routing of the signal. Playing an old-time tune or Irish reel at 120 beats per minute in cut time corresponds to 250ms per eight note. Being at least 200 milliseconds out-of-sync makes playing together in real-time impossible.

What is the maximum latency that is bearable? Most humans will not notice latency below 20 milliseconds, so that is always a safe criterion. You can feel it as no longer being “tight,” but that would be by the standards of a good band, not an amateur session. By 40 milliseconds, it starts getting disconcerting or annoying, and an internet session with higher latency will no longer be fun regardless of the quality of musicians. Los Angeles-Seattle would qualify with under 20ms due to physical distance alone, but Los Angeles-New York is already too far with at least a 40ms delay for a return signal under perfect conditions.

There are similar delays in the physical world that we have all encountered. Sound waves travel at 343 meters/second, which roughly corresponds to a delay of 3ms per meter or 1ms per foot. That’s why it works best playing in relative close proximity and being more than 20 feet apart becomes noticeable. Big mass jams are always out-of-sync.

The next contributor to latency is your computer and internet. Most computer hardware was not designed for low latency. The time from sound getting to your internal mic to sound back out of headphones can be hundreds of milliseconds. My laptop is about 25ms and additional hardware is necessary to reduce that latency. I have fast internet (even on wifi can get close to 100 MB/sec) and ping tests (which check the latency for the internet) on servers in California are usually below 20ms, but this adds to the latency of the computer. Ping tests for servers in Europe or South America are always over 100ms (which indicates that real-time jams would be impossible).

The final component is the communication software. There still is a lot of optimism about doing jams/sessions with Zoom or Teams or Skype or similar video conferencing software. As well as those platforms work for interactive discussions, they do not work for real time interactive music. The reasons include a preference for smooth over immediate delivery and microphone management. The only way to get them to work is to have a leader, all other microphones are muted, and people play along with the leader. There are many virtual Zoom session that replaced local sessions and follow this format. I have hosted the LA Intermediate Session that way but we have 4 players at our house and that provides a good core. Nevertheless, a very sub-standard arrangement. 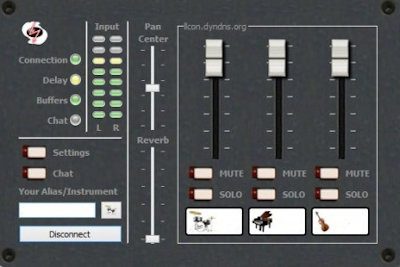 There are other approaches that are more promising and several software packages were designed with the idea of interactive music playing: JamKazam, Jamulus, Jammr, Ninjam. Ninjam is strange in that it even increases latency so that everybody plays along with a delayed version of others, so it is no longer real-time (although interactive in a somewhat bizarre way). JamKazam seems to be the most popular and I have tried it. It sort of works at least locally but I personally don’t think it is worth the effort – but then I have my kids here and get to play more music during the shutdown than usual.

When there is a total latency below 25ms, it works great. With several people and higher latency (e.g. 40ms), it feels messier and becomes tedious. Video feed is nice, but slows down things. At the moment (April 2020), JamKazam may be a bit overloaded and some things don’t work, but the company tries to increase its capacity.

ARE TRADITIONAL MUSIC JAMS AND SESSIONS ON THE INTERNET REALISTIC?