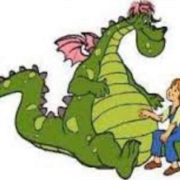 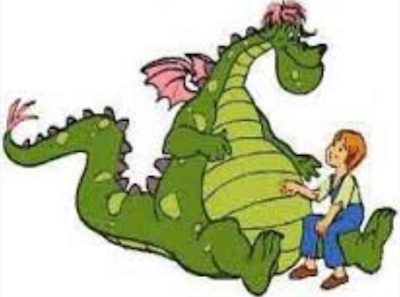 I thought that I would take an opportunity to thank those of you were kind enough to read my first two columns. For those of you who did not read them, the first two consisted of recollections of some unique early experiences of mine during the “popular” folk music world of the sixties in Greenwich Village and in Southern California. I’ve received some nice comments about them and they have encouraged me to continue to write more. I look forward to sharing them with you as we go forward.

When I started, I was concerned that some might wonder why this chap from a receding musical era writes about what amounts to background trivia. To be sure, these tales certainly pale in historical importance against the noteworthy events of those times and the figures who defined them – giants such as Pete Seeger, Woodie Guthrie, Bob Dylan, Peter Paul and Mary, The Limelighters, to name a few among the lexicon of names that will surely be remembered for generations. True, I was a member of one of the most successful large groups to emerge in the early sixties, The New Christy Minstrels, but I was one of nine in the group. Lots of folks were there and were part of it all for a moment in time that they still remember vividly. In and out of large and small groups, some with record contracts, some without. Some local heroes in only one city, unknown anywhere else. Many were and still are our friends.

OK, I know that I sang Puff the Magic Dragon before a crowd of college kids two years before Peter Paul and Mary recorded it, and yes, that is me myself in the photograph on the internet, standing right there next to Paul, John, Ringo, and George backstage at the Whatchamacallit Theater in London in 1964.

But again, so what?

The stories of the giants shine bright and echo loud. Most have written books which have appeared on best-seller lists. Documentaries have been lavishly filmed. Their hits, CDs, and memories are peddled relentlessly on Public Television fund drives.

Which brings me to the term “also-ran”? It’s a catch-all name for the horses that ran the race but didn’t win. Like it or not, it is an appropriate term for the hundreds (probably thousands) of folk musicians who joined the national folk music brigade during that heady era when folk music was immensely profitable and popular. Again, you know the folks I’m talking about. Most went back to private life after the big folk “explosion” petered and fizzled in the late sixties and early seventies. They’re now your neighbors, friends, with regular lives. Some of them show up at open mic nights locally, sing at gatherings, get together for jams, talk about which guitar or banjo is better. They practice in their spare time when they’re not at their day jobs. Some have laid their guitars in cases and shoved them into the rear of an upstairs closet. Some keep them in guitar stands in the living room in deliberate full view, look over and sigh perhaps, and dust them off regularly. Change strings? Well, let’s see… maybe a couple of years ago.

Also-Ran. I don’t understand why the term has a sour connotation. After all, if not for the “also rans” the winners would have had no one against whom to test themselves. The public would have had no means of comparison, and the level of excellence could never become established let alone recognized. So, let’s just say that this day I’m saluting the also-rans in the field I love the most, folk music. The hard fact is that almost everyone who has picked up a guitar, a banjo, a dulcimer, you name it, and once tried to peddle their wares in the great arena we call the music scene is an also-ran. In another lifetime perhaps, they were members of groups with names like The Wayfaring (fill in the blank), The Troubadours Two (Three or Four), The Lonesome Road Singers… names like that. Duets, trios, and quartets of kids who thought that they could ride the trend to the big time but somehow never got beyond the outskirts of town. This is my salute to everyone who dreamed that someday they would stand on high stages, spotlights blinding their eyes while crowds hung on every breath they offered, and who today sit between walls covered not with gold records, statuettes, and awards, but with photos of families and paintings bought at local art fairs, and who pick up their guitars in the quiet of the night after the house is still and the grand children have been put to bed. And though they have set aside the youthful dreams of what might have been, they live for the serenity that comes with making music…pure and holy. This is for you. This is for me.

Next issue, perhaps another story… until I run out of them or until the editors cry, “enough!”