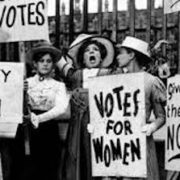 AIN’T I A WOMAN TOO?

THE CENTENNIAL OF THE 19TH AMENDMENT

AND THE SUSAN B.ANTHONY BICENTENNIAL

WOMEN GET THE VOTE 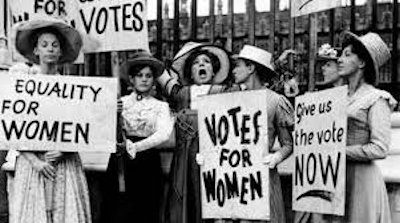 As we come marching, marching. we bring the greater days

no more the drudge and idler

ten that toil where one reposes

but a sharing of life’s glories

“The right of citizens of the United States to vote shall not be denied or abridged by the United States or by any State on account of sex. Congress shall have power to enforce this article by appropriate legislation.”

The text of what would become the Nineteenth Amendment was originally drafted by Susan B. Anthony and Elizabeth Cady Stanton and introduced to Congress in 1878, then rejected in 1887. The Constitutional amendment was proposed again in 1914, in 1915, in 1918, and in February 1919, failing to win adequate votes each time, until it was proposed again in May of 1919 and passed. 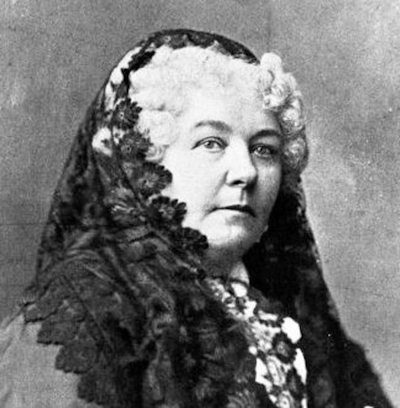 Quaker Lucretia Mott was the best known speaker at the convention, but she voted against seeking the right to vote. Ironically it was Frederick Douglass—one of the few men who leant his support to the women at Seneca Falls—who campaigned successfully for including the right to vote in their platform—a prophet without honor in his own land.

In May of 1851, in Akron, Ohio, at the First National Women’s Rights Convention, from Ulster County, New York, the tall, regal black woman who had christened herself “Sojourner Truth,” gave the extemporaneous speech that came to be known as “Ain’t I a Woman Too?” that would galvanize the crowd in attendance and bring them to their feet. It launched her career and was the beginning of earning her reputation, according to the Smithsonian Institution, as one of the “Hundred Most Significant Americans in History.”

Wyoming passed the first woman suffrage law on December 10, 1869, and women voted for the first time in 1870. (The word suffrage comes from the Latin word suffragium, meaning the right to vote. Women in the United States had fought for suffrage since the time of Andrew Jackson’s presidency in the 1820s.) The primary reason Wyoming did this was to prevent Blacks from voting during Reconstruction, by separating the franchises between them. They could thus allow women to vote and exclude blacks. The League of Women Voters was also founded in 1920, merging two previous organizations—the National Women’s Suffrage Organization and the National Council of Women Voters. The founder of the new organization was Carrie Chapman Catt, who had organized with Jane Adams the Women’s International League for Peace and Freedom (WILPF) five years before to resist World War I. The same women who had been campaigning foe the right to vote had also been a part of the peace movement.

Elizabeth Cady Stanton crafted the Declaration of Sentiments during the Seneca Falls Convention, which formally adopted the purpose of winning the right to vote. The three-legged table on which she drafted the Declaration now stands in the Smithsonian Institution, having grown in stature during the intervening years. It shows you how profoundly important the written word can be, when compared to the spoken. Lucretia Mott was by far the more famous orator, whose presence there had inspired the participation of hundreds of women—whilst Stanton sat at her desk quietly scribbling away. But that quiet document now speaks volumes, especially given the Centenary of the 19th Amendment.

Elizabeth Cady Stanton and Susan B. Anthony declined to support the 15th Amendment once the previously included reference to women was taken out with the argument that women were already granted citizenship. Until they had the right to vote women could not think of themselves as citizens. In 1870 it created a rift between women and Reconstructionists, since many of their most natural supporters would have been women.

Here is an excerpt from the song I wrote about that conjoined struggle, from Folk Singer Americanus (© 1991 Grey Goose Music BMI), entitled The People We:

We finally passed the 13th Amendment

Soon as the battle was won

Another had just begun

For women had no vote to cast

Congressmen and Senators had a field day

Your natures are so gentle

Your hearts so noble and sentimental

Why would you lower yourselves to vote?” (Ch)

The founding fathers really had it covered

Their power and their privilege to maintain

But you got disenfranchised just the same.

But they never met a Suffragette you see

It wasn’t only them—

It was all of the People We. (Final Chorus) 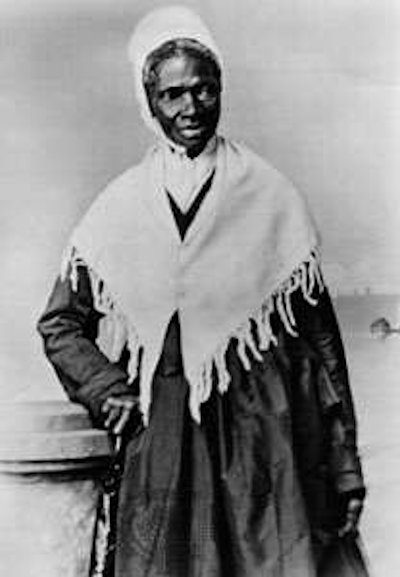 Sojourner Truth and Harriet Tubman were both suffragettes and abolitionists, who understood the difference between slavery and disenfranchisement, and the progress of history leading to the extension of voting rights to one excluded class after another. It wasn’t until 2016 that a woman became the nominee of a major political party—Hillary Clinton—and she won 3,000,000 more votes than the president—and was only defeated by the Electoral College, which was designed to insure that popular democracy could only go so far. I wrote another song about her valiant and gallant effort, which is on my 2016 CD, It Can’t Happen Here (GGM 016). Without belaboring the point, I won’t comment on the fact that her victor has now been impeached. What else is new?

Obama: “Next year someone else will be standing in this very spot, it’s anyone’s guess who she will be…” #WHCD (White House Correspondents’ Dinner)

My mother would have voted for her

Ruled by men her whole life

As a daughter, as a sister

As a mother, as a wife

So for every girl who was told, “You’re not as good

As Harry, Dick or Tom”

Or the man who dropped the Bomb—this vote’s for Mom.

Chorus: Whatever you think of Hillary

She’s not the greatest politician

Don’t like her hair—or what she chooses to wear

Not good enough for Joan

All said she’s too well known

She’s—the worst it can be said—a limousine liberal

She didn’t feel the Bern

She voted for the war in Iraq

When will she ever learn? (Ch: But whatever…)

So let them pillory Hillary

For her pant suit and phony smile

With their vast right wing artillery

Ninety-six years after the 19th Amendment

When women got the right to vote

On the eve of the 2020 Election—the Susan B. Anthony Bi-Centennial and the Hundredth Anniversary of the 19th Amendment and women winning the right to vote.

Below are some links for songs of women’s suffragette, to read and hear more about it. The Suffragettes Anthems Songs about Womens Rights

One of very few woman suffragette pieces in the first collection, Daughters of Freedom, the Ballot be Yours has words by George Cooper, friend of Stephen Foster and prolific lyricist during the 1870s and 1880s. Edwin Christie, the composer, was a respected if not particularly successful composer who probably worked in the Boston area.

Ross Altman has a PhD in Modern Literature from SUNY-Binghamton (1973); he belongs to Local 47 (AFM); heads the Santa Monica Traditional Folk Music Club; he writes for FolkWorks; Ross may be reached at greygoosemusic@aol.com

AIN’T I A WOMAN TOO?