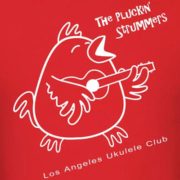 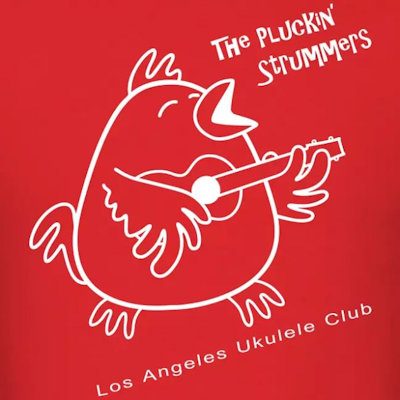 I need to have music in my life. When I was younger and unburdened by adult responsibilities, I enjoyed playing piano and guitar. However, as those responsibilities increased, I no longer had the time to keep up my skills by playing regularly. At that point, my need for music in my life was satisfied by enjoying the performances of others, both live and recorded. Most recently, I also co-produced a regular feature for public radio featuring LGBTQ+ independent artists called Audiofile which aired on over 200 stations around the world for fourteen years, ending its run in 2010.

I have extended family in Hawai’i, some of whom are island natives. I enjoy visiting them whenever I can and have discovered that the culture of Aloha is ever present, even for those family members who do not trace their ancestry to the island’s native people. So, on my latest visit, I somewhat impulsively bought a ukulele. I figured that I could just learn the chords to a few songs as I did with my first guitar and enjoy some solitary playing. At least this instrument doesn’t have steel strings!

Perusing the Internet, I found the Los Angeles International Ukulele Festival here in Southern California. Fortunately, it was scheduled to take place shortly after my return from Hawai’i. My uke and I had a wonderful time at the festival. There were all kinds of workshops and performances that opened my eyes to the larger ukulele community; I no longer saw the uke as a solitary instrument. It also became apparent that this little four stringed wonder brings the aloha spirit to those who play it, wherever it travels. Here is a taste of the LA International Ukulele Festival 2019:

Finding out more about the history of the instrument, I was surprised to learn that it was not invented in Hawai’i. It originally came from Madeira, an island off the coast of Portugal. It was brought to Hawai’i by people from Madeira who came to work on the Hawai’i sugar plantations. However, it was quickly embraced by native Hawaiians and made the national instrument by Queen Lili’uokalani in the late 1800s. The Queen was an excellent ukulele player herself, as were others in the royal family; she is the composer of the well-known Hawaiian song Aloha ‘Oe.” Smithsonian: 5 Things You Probably Didn’t Know About the Ukulele

Having enjoyed the festival, where beginners were welcomed along with the experts, I didn’t want to wait until the following year to join other ukulele players. So, I found a MeetUp group right here in Los Angeles called the Pluckin’ Strummers. I figured that with a name like that, they must share my sense of humor as well as my enjoyment of the ukulele. The group was founded in 2015 and meets regularly on the second and fourth Saturdays of each month.

Walking into the first meeting, I found the same warmth and encouragement that I had experienced at the festival for those who are still learning. Founder/leader Brett Santucci was temporarily away, so the meetings are presently led by Gene Mazzanti who did an excellent job. The session began at 9am with a very “beginner friendly” lesson while more experienced players drift in as the morning progresses. Group members then played several pre-selected songs together; following this, some of the more expert players do a little teaching and the session concludes with a few performances. Those who are able to stick around afterward join together at a nearby ukulele-welcoming café for lunch and further ukulele discussion; a few bring their ukes in with them. Here is more information about the Pluckin’ Strummers.

I am also looking forward to returning to the Los Angles International Ukulele Festival in Torrance again this year. It is great fun and provides lots of learning opportunities. This year’s presenters have yet to be announced, but last year I had the pleasure of attending workshops by Jim and Liz Beloff, well known in the ukulele community and authors of the two books used by the Pluckin’ Strummers for the group sessions. Although the performers and workshop leaders have yet to be announced, the 2020 website is up so if you want to be there, save September 26, 2020. And, finally, Jim Beloff’s original song Can’t Help But Smile, performed here by Jim and Liz, is the best way I know to share the vibe that naturally follows when ukulele aficionados get together.