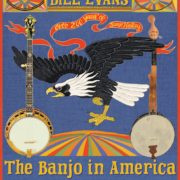 It’s that time of year with the old-time festival season already going strong. Although I’ve managed to escape to a few festivals in North Carolina with a couple more on the horizon, I’ve been busy preparing new music releases via the record label collective, Tiki Parlour Recordings. Throughout the pandemic I was working very closely with Bruce Molsky, Skillet Licorice and Clinton Davis on their critically-acclaimed releases. But there have been others secretly hiding in the shadows of my parlour. I’m beyond excited to announce three of them here.

A few years ago I began a project with banjo master Bill Evans. We realized his dream to film and record a CD & DVD set entitled The Banjo in America. The timing for this release couldn’t be more perfect: The 4th of July. 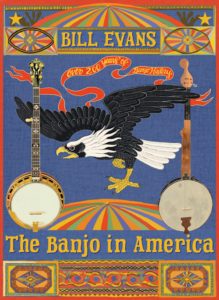 Based on Bill’s decades-long exploration of deep banjo history and performance practice, “The Banjo in America” traces the complex musical history of the banjo through two centuries of African-American and Anglo-American cultural exchange. He is one of the few musicians who has mastered multiple American banjo styles including 19th century stroke style, old-time finger styles, classic banjo of the ragtime era, Scruggs-style bluegrass and beyond, to his many original tunes. These styles are all displayed here, performed on a stunning variety of historic and reproduction instruments. Very few musicians have the ability and experience to boast such a display of banjo prowess and this set is unlike any other ever recorded in breadth and variety. Bill’s extensive liner notes provide the background and context for each piece, a staple of all Tiki Parlour Recordings. They were also captured with three cameras in the Tiki Parlour by yours truly. The artwork and design by old-time musician/folk artist Howard Rains is simply gorgeous.

The following week, I have the tremendous honor of releasing Hazelnut, a new CD by the Washington state and North Carolina-based duo Squirrel Butter. They have become fixtures in the old-time scene on the east and west coasts, both as musicians and educators. The husband and wife duo, Charmaine Slaven and Charlie Beck, have finger style and clawhammer banjo, guitar, singing, harmony singing, fiddle and clogging well covered! Starting as buskers at the Pike Place Market in Seattle in 2005, Squirrel Butter has devoted countless hours behind the strings honing their craft at settings ranging from weddings to funerals, bars to bat mitzvahs. Charlie’s ability as a multi- instrumentalist is a delight throughout, with sharp banjo playing being especially notable. Charmaine shines with drive and refinement on guitar and fiddle, and Charmaine always dazzles with her step dancing. Their well-matched voices engage with soul and sensitivity as they share roles of taking lead and harmony. Squirrel Butter thrives in a variety of musical atmospheres while staying grounded to their traditional roots. 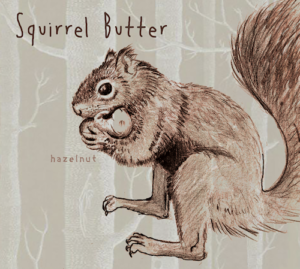 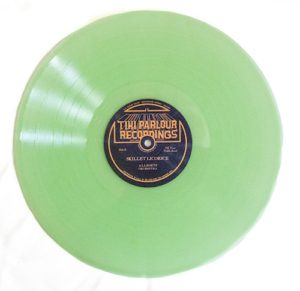 As a record label in the modern age, I feel strongly about releasing actual records when possible. They’re expensive to manufacture with all sorts of supply chain-related delays these days. However, they are magical items worthy of any serious collection. Our recent release Allsorts Orchestra, by Skillet Licorice, has finally arrived as a beautiful gatefold limited edition record, strutting its stuff in the coolest vintage green you could imagine. This album has some of the most beautifully mixed old-time and Texas stringband music that you’ll ever hear. Get ’em while they last!

A Ton of Banjos Smothered in Squirrel Butter and Green Vinyl