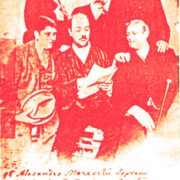 The Voice as an Instrument 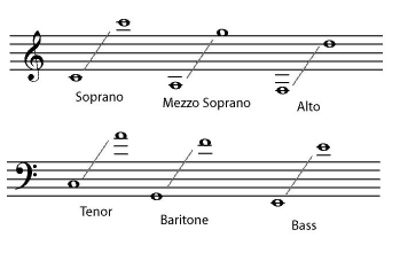 Compared to adults, both boys and girls have higher voices due to their smaller vocal chords. From previous discussions of musical instruments, we know that lengthening a string or a tube will produce a lower note. The human vocal chords are no different. One of the effects of the hormone shift that occurs when boys become men is the dropping and extension of the vocal chords. The voice "breaks" during this transition and becomes deeper. If the boy is castrated, the hormonal shift never takes place and the voice remains high. But the result was more than just a high voice. The castrato retained the timber of the young voice but with the power of a grown man’s lungs. The result was a voice of great power and breath control. Reportedly, the castrato had a range, ability to sustain and a melancholy beauty that was beyond anything we will hear today or ever again. 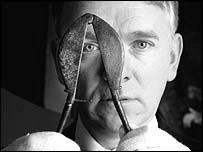 Who would do such a thing to a child?

At the time, most people were poor and being poor back then was different from what we think of as poor today. People lived desperate lives of squalor and deprivation. A boy with a gift for singing stood a chance of being lifted out of the squalor and, perhaps, could bring his family out as well. There were conservatories reserved only for training castrati. Boys were sold or given over to these schools with the understanding that they would be castrated but then receive intensive vocal training and the best of care and medical attention. As cruel and Dickens-like as this sounds now, for some it was the only chance to escape the grip of poverty

Superstars of Their Day 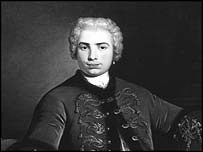 For the castrati who survived and found a place in the world of music, life was amazing. They were the mega superstars of their day and the very first international stars. Composers wrote music especially for the castrati to take advantage of their virtuosity and range. Opera, which was just beginning, was made hugely famous by these castrato superstars. Adoring royalty showered them with gifts and favors. Women went crazy for them and they lived a rock star’s private life. Even though castrati were infertile (a plus in this instance?) most could still achieve erection and orgasm.

Two of the most notable castrati were Senesino (? -1750) and Farinelli (1705-1782). Senesino was a spoiled diva, arrogant and prone to tantrums. But Handel (1685-1759), having heard him in Dresden, brought him to London to join his Italian Opera Company. Handel created many great opera roles to display Senesino’s virtuosity.

Farinelli was not as famous as Senesino but is better known today because of the 1994 movie, Farinelli. He was a pupil of Porpora and became famous in Southern Italy where he was known as il ragazzo ("the boy"). Porpora established an opera house in London directly competing with Handel’s. There, Farinelli sang in Porpora’s operas for several years. Farinelli sang for Philip V of Spain who gave him a permanent position accompanied by a huge sum of money. He no longer performed in public and his main job was to sing the same four songs each night to the king. His planned few months’ stay in Spain became 22 years after which he retired to a Castle in Bologna with his amassed wealth.

Alessandro Moreschi (1858-1922) was the last castrato in the world and the only one ever recorded. In two sessions (1902 and 1904) he recorded less than one hour of vocals on wax cylinders. The quality is poor and he was well past his prime but it is a novel artifact. Reportedly crowds applauded him with the call, "Eviva il coltello" ("Long live the knife!"). Moreschi was in charge of the Sistine Chapel Choir. Figure 3 is an 1898 photo of six of his choir members; note that the two in front have the physical features of the castrati.

The castrato voice will never be heard again, but there is still a great deal of interest in this phenomenon as evidenced in many books, movies and CDs addressing the subject. If you are interested, you can find a lot of information on the web. Here’s a site with many links: www.radix.net/~dalila/singers/counter.html . So for now, watch out for that wild boar and as always stay tuned.

A Most Bizarre Part of Music History