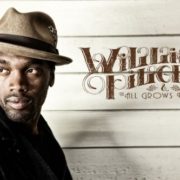 William Pilgrim and the All Grows Up:

Live at the Ice House 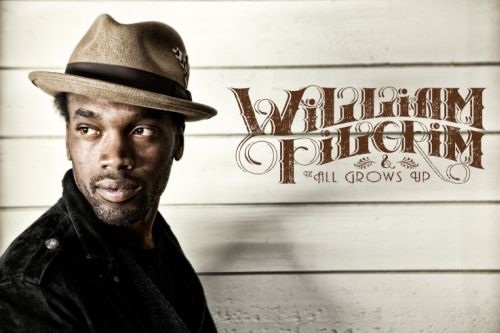 The best Americana duo in the country may be one you’ve never seen. At least, not yet. The regular podcast, Live at the Ice House with William Pilgrim and the All Grows Up is a living document of the growth of two artists from the streets of L.A. and Orange County to the recording studios of Hollywood where in the latest episode with they are joined by The Blind Boys of Alabama including Jimmy Carter-the oldest touring member of the group. The broadcast also brings together social commentator, writer and activist, Kevin Alexander Gray, modern artist-poet, David (Judah 1) Oliver and up and coming singer-songwriter, Josh (Lesedi Lo-Fi) Douglas. Also featured is narrator Exene Cervenka, a poet, writer, activist and musician. She is one of the founding members of L.A.’s own legendary punk band, X. It is a well-paced production directed by photographer, Scott Montgomery.

The duo, William Pilgrim and The All Grows Up, are PM Romero; a seasoned musician and songwriter in his early 40s, and gifted writer and vocalist, 28 year-old Ishmael “Ish” Herring. They are no homogenized, postured or blandly calculated folk duo marketed to just the right demographic. No such plan can be detected here. Rather, like many of the best blues, folk, country and jazz musicians of the last century, the sound that has grown from their partnership comes from the hard ground of personal life experience over the last ten years. As their first release, The Great Recession, demonstrates, their music is not bred in corporate studios or sponsored showcases. Instead, it is from the homeless streets of today’s often disenfranchised youth. It is a new gathering, a new vision. It stands in contrast to the angry, cynical punk and rap scenes of the past. William Pilgrim is filled to the brim with the joy of song. Their music is the dance that carries a clear underlying gospel feel and results in a celebration of hope.

The California desert must have been a lonely and desolate place to young Ishmael “Ish” Herring, when he found himself, after years of living in foster homes in Kansas and the streets of New Orleans, alone again. In Kansas as a young child he could sing from the depth of his being, and was groomed for a career in gospel music. If gospel means good news, he must have wondered where that news was as he shook himself off and kept moving. But, as he found his way to Hollywood, Los Angeles, and finally to Orange County, he left the self- limiting religious training of his childhood behind like so much dry skin. He answered a different kind of call. It was a call to challenge himself to his own higher calling. But the calling for him wasn’t to pray to an external being, but, rather to affirm his own internal sense of value and worth.”There’s a new person waking up inside me.” He said in a recent interview. “I thought I was called to bring people to Christ. I thought God wanted me to be a preacher. My church though had their own celebrities. It was like Mick Jagger in a robe.” He laughed. “But, I found that what I was looking for was found in all humanity.” He smiled and with an insightful light in his eyes said, “I found I had to put faith in humanity, not an invisible man.”

PM Romero was an artist on his own two years ago when he read an odd online ad asking if anyone needed a vocalist. Romero had been a songwriter for years. He was deeply rooted in the music of the 1960s, but had created his own vision of the music from the era for today. He found himself identifying most with the non-category “category” called Americana music.

In 2011 when the Occupied Movement first emerged, Romero began writing songs that spoke with the voice of that population. The songs became a vehicle for that voice. When he answered Ishmael Herring’s ad, the project took on a higher purpose.

The gospel they created came from their own inner-light and shined out from every word and note of the songs they recorded. The focus of the Live at the Ice House episodes is about teen homelessness…and what was found on the streets are diamonds in the ashes of “discarded” people.

This latest episode (Episode 4) of Live at The Ice House, released for viewing on Tuesday, September 3rd, is centered on the day of a recording session. After rehearsal and laying down tracks with Romero, Ish sits outside and talks with activist, writer Kevin Alexander Gray. Gray comes from a background that emphasized education and pioneered integration in the Deep South during the Civil Rights era. For Ish, things have come full circle. He is more closely related to Jesse Fuller than to any cultural figure Gray can relate to. Their conversation becomes heated when the subject of Jay Z comes up. Among the most popular and critically successful pop artist today, Gray says the rapper comes from ‘rape culture,’ and wishes he’d go away. For Ish, Jay Z represents the pinnacle of success and material wealth, not something he’s ready to deny.

Then, The Blind Boys of Alabama show up for their session. They begin to sing a new Herring/Romero song with the final refrain …There will be peace for me… Within minutes, as they sit on the couch, the studio sounds like angels are present. Their tracks are done quickly, efficiently and without a doubt, inspirationally.

As the episode draws to a close, the gap between young and old and all of the questions raised fall to the wayside – to the sounds of four blind singers from Alabama, who have been performing since 1939, spreading the gospel of peace through music.

Terry Roland is an English teacher, freelance writer, occasional poet, songwriter and folk and country enthusiast. The music has been in his blood since being raised in Texas. He came to California where he was taught to say ‘dude’ at an early age.

WILLIAM PILGRIM AND THE ALL GROWS UP