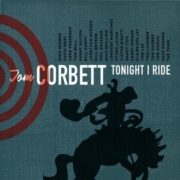 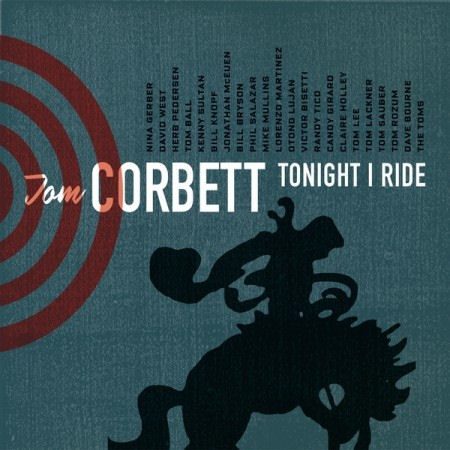 Tom Corbett’s new CD, Tonight I Ride, is the kind of fun, quality album that those who have worked with him in the Southern California music scene for many years always knew he was capable of putting together. This is Tom’s third solo release and — with no disrespect meant to his first two efforts — it is his best album so far.

Tom’s mandolin, guitar and harmony vocals have graced the recordings and performances of a numerous assortment of Southern California’s folk and bluegrass community. He has been one of the most versatile acoustic artists on the West Coast Americana scene for a number of years now, including a regular stint with John McEuen’s String Wizards.

Eleven of the twelve stellar songs on this collection were written by Tom Corbett. David West’s engineering is pristine, while still leaving the songs with a natural sound and feel that any bluegrass album would aspire to.

The albums starts off with a bluegrass number called Here Comes The Border that starts the party off with high energy and features one of Corbett’s classic mandolin solos, reminding us just why he’s everyone’s favorite side-man. But it’s Tom’s lead vocals that remind us who has the reins for this musical ride.

Is Anybody Goin’ To San Antone is the only cover on the CD. It was written by David Kirby and Glenn Martin and recorded by Charley Pride back in 1970. (Pride’s version was a #1 country hit.) Tom Corbett’s version is an energetic romp that blends well with the rest of the collection.

Still Hear Her Crying is an old style love song in the folk tradition – the inevitable sad ending softened by the eternal love of the protagonists and the beautiful melodies played so expertly by Tom and his band. Love Me One More Time picks it up again with Jonathan McEuen’s wonderful harmonies and Corbett’s mandolin again in the forefront where it belongs.

Tonight I Ride is an inspiring cowboy song about dreams and heart. Expect this one to be covered frequently in coming years:

Freedom is always worth the pain

Each day that I count among the living

Is another day that I can hope for change.

Tom may be a cowboy at heart, but this album will appeal to all of us urbanites who enjoy quality music, good folk licks, bluegrass sensibilities and old fashioned musical heart. It’s a collection that has already gotten regular play in our home (and car). You can find it from Roundhole Records at Tom’s website.

Russ & Julie Paris have hosted Russ & Julie’s House Concerts in Oak Park, California for fourteen years. One of the more established house concert series in southern California, Russ & Julie enjoy sharing their love of music with the community around them.