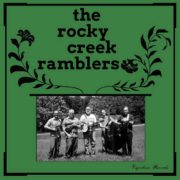 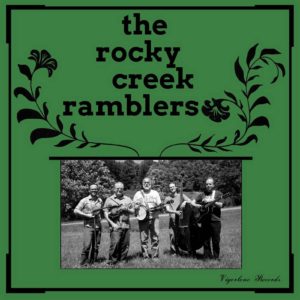 The Rocky Creek Ramblers formed as a band at the fiddler’s convention in Mt. Airy, North Carolina in 2014. Rocky Creek runs along the edge of Veteran’s Memorial Park, where the convention has been held for many years. The band consists of Joseph Decosimo on fiddle and vocals, Jim Collier on mandolin and vocals, Jim Nelson on guitar and vocals, Joseph Dejarnette on bass, and Ken Landreth on banjo. I know all these guys except for Ken, some for a long, long time. This music was recorded by Joe Bass in 2016 and 2019.

As one might expect from this group of distinguished pickers, each piece is performed with tremendous skill and power. This is mostly dance music, and you will be hard put not to tap your foot along with the band. They sing, too, and do that just as well.