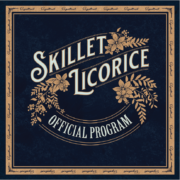 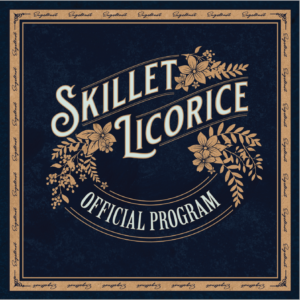 At their core, Skillet Licorice is an especially subtle and sophisticated Old-Time power duo with Elise Engelberg’s eloquent fiddling anchored by Matt Knoth’s solid yet inventive guitar and banjo back up. The pair are as at home blazing through classic Old-Time breakdowns as they are with exuberant, complex rags and waltzes. Unsurprisingly, they never seem to be wanting for additional back up and their latest recording Allsorts Orchestra is a veritable “who’s who” supergroup of some of the most talented and inspired musicians from up and down the Left Coast. The Allsorts Orchestra includes Bay Area heavies Suzy Thompson on fiddle and Erik Pearson on banjo and ukulele as well as Meredith Axelrod and Ben Sigelman on cello. Added rhythm section support come from Craig Ventresco on guitar and a rotating cast of upright bassists Michael Brown, Tom Drohan and two of my favorite Old-Time back up musicians, Katy Hill Harris and Kelly Marie Martin. Lastly, Kentucky to San Diego transplant Clinton Ross Davis features very prominently across this record on fiddle, banjo, mandolin, zither and piano.

At first pass, Allsorts Orchestra is an unabashed love letter to the East Texas Serenaders (aka ETS) who recorded several dozen waltzes, stomps and rags between 1927-1937. The ETS composed and played incredibly sophisticated, cosmopolitan music in the types of difficult keys that most of us do our best to avoid and I suspect ETS would likely balk at being categorized as Old-Time music. Under the inspired fingers of Skillet Licorice, these beautiful, complex melodies are given fresh life and half of the tracks on Allsorts Orchestra come from the small but mighty canon of ETS recordings. That said, Skillet Licorice also pulls in some fabulous melodies from the Midwest Scandinavian, Southwest Native American, and Appalachian Old-Time traditions. I’d also add that while 8 of the 12 tracks are in waltz time, there are some real barn burners to be had amongst all these beautiful waltzes.

The album opens with three East Texas Serenaders waltzes: the lovely Shannon Waltz, Adeline Waltz and Meadow Brook Waltz. It is worth noting that Clinton Davis’ piano on Adeline Waltz is a major highlight and Skillet Licorice must agree as they let him have multiple choruses. Hot on the heels of these 3 beautiful ETS waltzes, they pull out a Minnesota-Scandinavian waltz (sensing a theme here?), the Tater Vals. It might sound contrived, in print, but Merle Watson’s Bright Sunny South performed by Elise on banjo and Matt on ebo is a revelation. The Finnish waltz Metsäkukkia is especially haunting and Skillet Licorice are quick to point out the similarities with ETS’ composition Dream Shadows. This is followed with (you guessed it!) another stunning ETS waltz Del Rio Waltz, thick with cello, bass and 4 layers each of fiddles and guitars. 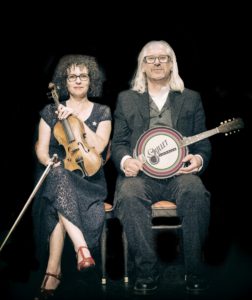 In recent years, I’ve become a raving fan of Indigenous Southwest fiddle tunes and Skillet Licorice present an especially lush version of the Libby Bird Song Mazurka from the Tohono O’odham people of southern Arizona and northern Sonora. The Tohono O’odham are perhaps better known for their heirloom tepary beans, enormous tortillas and the indigenous sport of Toka but there is also the rich musical tradition of Waila which has both a modern accordion tradition as well as an older fiddle tradition championed by the Gu-Achi Fiddlers who are the source for this lovely mazurka. For long term Skillet Licorice fans pining for breakdowns and rags, the Kentucky breakdown Geese Honking is a thoughtful example of classic Old-Time with fiddle, guitar, banjo and upright bass thrown in for good measure. I’m not sure if they can be called rags but the ragged, funky Dora Dean from blind fiddler Ed Haley (1885-1951) and the Three in One Two-Step from ETS more than satisfy that craving. The album closes with a gorgeous reprise of the Del Rio Waltz featuring Matt and Craig on guitars with some stunning slide dobro from Clinton Davis.

It’s worth noting that the recording comes with 16 pages of informative and hilarious liner notes with design by Matt Knoth and Debbie Berne. Also included is a fabulous illustration of the Allsorts Orchestra by West Virginia to Los Angeles transplant Joe Wack of both local fiddling fame as well as a career on The Simpsons. In closing, Skillet Licorice’s Allsorts Orchestra is a celebratory romp through early 20th century string band music and a sheer delight from start to finish.

Pat Mac Swyney is a Los Angeles based musician who plays Trad. Jazz with The Swing Riots Quirktette; Balkan with Nevenka and Orkestar Pečurka; Irish with The Dirty Mickeys and Old-Time with Sausage Grinder.