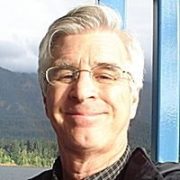 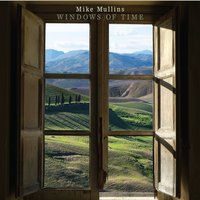 Windows of Time is the perfect title for this beautiful collection of mostly-original songs and instrumentals by guitar and mandolin master, Mike Mullins. Sometimes playful, often poignant, his music captures the stories and styles of centuries past…while providing an overview of more than two decades Mullins’ own compositions and arrangements. The result is an album filled with timeless appeal….rooted in acoustic tradition, poetic story-songs and toe-tapping reels.

Mullins has been called a musician’s musician for good reason. Beyond his instrumental precision and quicksilver picking, there is a sweetness that runs through his music; a wistful quality in his weave of guitar, mandolin, and vocals…frequently combined with a fiddle.

Not surprisingly, Mullins has been an integral part of the California acoustic music scene for over 30 years. He has toured and recorded with such well-known bands as The Acousticats (with fiddler Phil Salazar), the Cache Valley Drifters (with David West, Bill Griffin and Wally Barnick) and the Hay Dudes (with Barnick and Kenny Blackwell), as well as the Tom Corbett Trio. And over the years, he has recorded over 50 CDs.

What IS surprising, however, is that Windows of Time is Mike Mullins’ first solo album. A stellar production, it reflects his musical friendships throughout the years, with album credits reading like a “Who’s Who” in today’s Americana scene:

Produced by multi-instrumentalist icon David West (who also plays bass on most tracks, as well as providing occasional banjo, guitar, and harmony vocals), Windows of Time features such luminaries as Gabe Witcher and Phil Salazar on fiddle…Joe Craven on percussion…Tom Corbett on mandolin…Tom Lee on bass…and Penny Nichols on harmony vocals…to name a few.

The album is almost equally divided between songs and instrumentals. It opens with the title track, an outstanding original inspired by the true story of a Civil War photographer, unrecognized in his day, who risked his life to preserve our nation’s history. His battlefield portraits serve as the window through which we can still glimpse those dark times, but his photos were credited to his employer. It’s a powerful, moving song…simultaneously dramatic, melancholy and memorable.

It’s followed by one of the prettiest arrangements of Streets of Laredo I’ve heard, where Mullins’ mandolin skips and soars, juxtaposed against the exquisite melancholy of Gabe Witcher’s fiddle. And then there is the melodic instrumental, Graduation Day—a gentle original that lets you almost picture a line of graduates marching up to get their diplomas.

Not all is serious on this CD. Young Maverick is a light-hearted song about the fantastic boasts of a little cowboy, enhanced by the great harmony vocals of Penny Nichols. And Weasel in the Woodchopper keeps up the fast-paced fun, as Witcher’s fiddle and Mullin’s mandolin dance ‘round and ‘round each other in an upbeat, original rag. 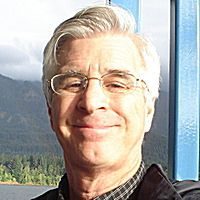 Snowflake Reel is another such instrumental whirlwind of talent, as Mullins plays a turbo-charged duet with fellow mandolin ace, Tom Corbett. A ton of fun to listen to, his rendition of this traditional reel proves, without a doubt, that you don’t always need words to convey a sense of humor.

On the softer side of listening is Mullins’ delicate, dreamy guitar number, Morning Star, with its mesmerizing chord progressions and soothing strums; and a jazzy, syncopated cover of It Had To Be You.

Close to the end of the album is another Mullins’ original that takes place against the backdrop of the Civil War, called Rhode Island Bride. Again, it’s based on a true story – cited in Ken Burns’ 1990 “Civil War” documentary – about a young husband who went off to fight in the Union Army. His loving letter to his wife, written on the eve of the fateful Battle of Bull Run, serves as the inspiration for this heartfelt song; and the sorrow is vividly captured in the gorgeous violin solo of Sean Wood.

Still another nostalgic gem, Ballad of St. Anne’s Reel (by David Mallett), is written around a classic fiddle tune and its “lingering magic” in a small town…long after the fiddler has gone. This lively and lovely song features the virtuoso dual fiddling of Phil Salazar and Charl Ann Gastineau in a performance that is simultaneously upbeat and poignant.

The final “official” track, Danza Calavera, is a tasty mix of variations on an unidentified tune….with Joe Craven spicing things up with some Latin percussion as well as fiddle…and Jim Kerwin serving up a hearty bass.

Despite the many contributions of guest artists on this album, Mike Mullins always remains the “star.” This is evident in the Epilogue, Over the Rainbow, a beguiling instrumental which just features his solo mandolin. The beautiful simplicity of this treatment is a fitting end to a simply beautiful album.

Mike Mullins can be reached via his website. Windows of Time.may be downloaded via CD Baby, iTunes, and Amazon.