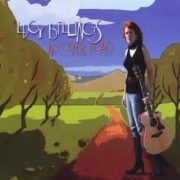 TITLE: NO OTHER ROAD 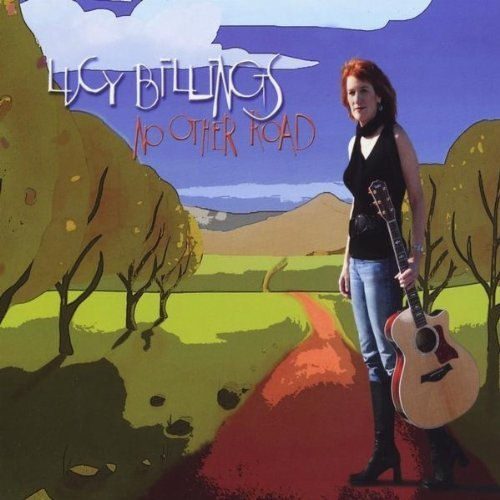 Singer/songwriter Lucy Billings’ second folk/Americana CD, No Other Road, provides a wonderful combination of “shine” and substance. From the opening measure, the “shine” – emanating from Billings’ clear inviting voice and a stellar cast of studio musicians – makes the album an instant winner. But it is the substance – the melodic flow and refreshingly honest lyrics – that makes the album enduringly enjoyable. Laced with engaging personal stories, thought-provoking themes, instrumental nuances, and interesting chord progressions, No Other Road never loses its appeal, no matter how many times I listen to it.

Released in January 2011, No Other Road was produced and engineered by multi-instrumentalist/producer, John Jennings (best known for his work with Mary Chapin Carpenter), and it boasts some exquisite arrangements. Jennings has brought together some of the top studio musicians in Americana music to play on these songs. In addition to his own acoustic and electric guitar, piano, bass, and percussion, and Billings’ acoustic guitar, the album features: Stuart Duncan on fiddle (just gorgeous!)…Robbie MacGruder on drums…Lloyd Maines on pedal steel guitar….Brent Truit on mandolin….and John Carroll on piano. Tight harmonies on many of the tracks are provided by Billings and Jennings, as well as Terry Allard, Deb Thacker and Mira Wooten.

Not surprisingly, this celebrated cast of musicians helped draw immediate attention to No Other Road; but its subsequent climb to “Top Albums” on the Folk Radio Airplay Charts (for May and June 2011) as well as the Top 100 on Americana Radio Charts (March 2011) is as much a reflection of the energy, intelligence, and open-hearted style of the singer/songwriter. This is not your typical “Nashville” album!

Billings’ unique story-songs have grown out of a very untraditional background. After spending her childhood in the Arizona desert and a ranch in Wyoming, she has been, in turn, a cowgirl…a research scientist…and a corporate lawyer…as well as, since the age of 10, a strummer and a singer, writing her first song when she was 11. And the 12 tracks on this album reflect her real-life stories – the stories of a strong, independent woman who is not afraid to show her vulnerabilities.

From the spirited first track, Let’s Not and Say We Did, with its catchy melody, strong back beat, and subtle sense of humor, to the softer side of love in As We Fly…. from the touching and unforgettable true story of Daddy’s Last Drive to the real-life recollection of her adventures on horseback in My Caballo …from the personal song, Rear View Mirror, about overcoming life’s disappointments, to the beautiful song about a family member finding his own way in life (Blue Highway)…Billings’ songs are filled with energy, optimism, compassion, courage and humor.

But probably, what ultimately draws me in to these story songs is Billings’ warm, friendly voice. It’s just easy to listen to. There is no melodrama…no vocal histrionics or acrobatics so common in popular music these days. In fact, without being “dated,” there are even some songs (most notably the classic Country number, Goodbye Baby) that remind me a little of Patsy Cline – an authentic, pure and lovely voice that literally invites you into the singer’s heart.

A New York transplant to the tiny town of Carpinteria, CA, Jackie is a freelance writer by profession and a singer-songwriter by passion. Her newly-released third album of original Folk/Americana songs was among Top Albums on the Folk Music Radio Airplay Charts for July and August, 2011. Jackie is also an active member in such acoustic music communities as SummerSongs, SongMakers, and FARWest Folk Alliance.

LUCY BILLINGS – NO OTHER ROAD