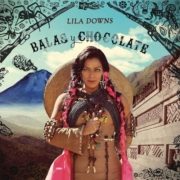 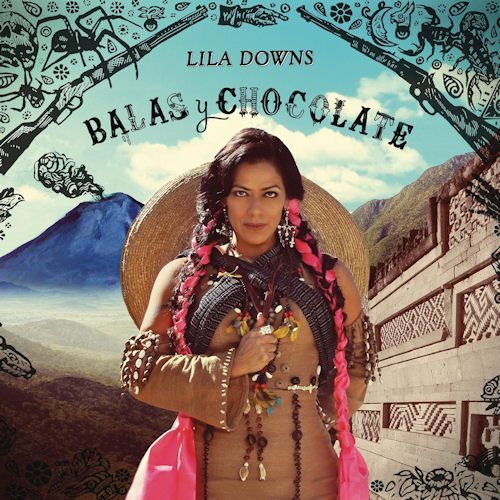 Headlines about the recent violence in Mexico only tell half of the story. In Lila Downs’ most recent album Balas y Chocolate (bullets and chocolate), the other half is given a voice.

Using her signature silky register and an arsenal of regional styles, Downs uses Spanish and indigenous Mixtec words to describe the history of violence toward students and journalists. Using the themes and symbols of the Day of the Dead, she creates an allegory for the misdeeds while capturing the feelings of foreboding that follow from such violence and manipulation. The opening line of track one prepares the listener to hear the sounds of radio Mictlan – the radio of the underworld.

A Grammy winner, Latin Grammy winner and internationally renowned performer, Downs is in a position to speak for her countrymen and women. Joined by Colombian superstar, Juanes, in La Patria Madrina  the two exchange loosely veiled commentary on Mexico’s leaders. “You are the homeland of illusion,” they exclaim in Spanish.

Other notable tracks include Humito de Copal. Set to a cumbia beat, the song highlights her flexible voice as it alternates between melody and rap. She repeats, “Yo quiero la verdad” – I want the truth. The song that follows, Mano Negro, is similarly intense, utilizing Balkan brass elements and accelerating tempos. It is introduced by a mock radio DJ as an offering to Huitzilopochtli, the Aztec god of human sacrifice.

The album is not all aggression and bullets, however. She adds some chocolate into the mix with the classic Ranchera composition Una Cruz de Madera, and La Burra, an upbeat, novelty song with syncopated, Afro-Caribbean rhythms.

For better or worse, Balas marks a departure from the intimacy of her earlier albums. Before, her music felt like a private concert abounding with folkloric roots. Balas, however, demonstrates a taste for big production and pop music sensibilities.

Regardless, hearing the outside influences of cumbia and Balkan brass interact with Mexican themes and styles sends a strong message to her home country and to the other nations of the world that Mexico prefers chocolate to bullets.

Jonathan Shifflett is a recent graduate of USC’s classical guitar program, who has since seen the light and traded the guitar for a banjo. When not tracking down train car murals or searching for hobo hieroglyphics, he enjoys pretending to play the fiddle and thinking about the folk music world at large.