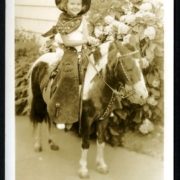 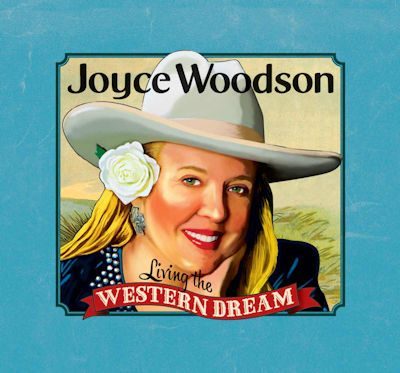 In the world of Western music, Grammy-award nominee Joyce Woodson needs no introduction … a quintessential “cowboy poet” with a voice of liquid loveliness. Named “Songwriter of the Year” by the Western Music Association, she has written timeless songs of Western life, covered by a score of other artists. But her fourth album, Living The Western Dream, will surpass even the highest expectations of her fans.

What makes Woodson so unique – and she is! – is that you don’t have to love Western music to love Joyce Woodson’s music. Her acoustic songs are so finely crafted – whether deeply moving or upbeat and entertaining – and her voice so beguiling, that you will fall into her Western Dream quite effortlessly and float along on a soothing sound, carrying you back to a simpler, sweeter time.

The album is, in a word, exquisite. An accomplished guitarist in her own right, Woodson is accompanied by talent that is second to none: The incomparable Gabe Witcher (founding member of the Punch Brothers) highlights each track with his mesmerizing fiddle as well as mandolin. Celebrated Django-style gypsy jazz guitarist, John Jorgenson (who has toured the world with Elton John), adds a fluid lead guitar on all but three songs. And Woodson’s co-producer, Marty Rifkin, brings his acclaimed non-pedal steel guitar and Dobro to the mix…imbuing the album with a perfect blend of authenticity and sparkling personality. Rifkin has worked with such greats as Bruce Springsteen, Tom Petty, and Jewel, and was nominated Best Musician of the Year by the California Country Music Association (CCMA) for 10 years in a row.

Add to this “dream team” of talent – along with other excellent guest musicians – Joyce’s own celebrated voice, and you have a sound that is both vintage and fresh.

If you simply were to hear some of these songs on the radio, with no introduction, you might well think they were straight out of the era of Roy Rogers … the 1930s, ‘40s or ‘50s. Like most old-timey songs, they are highly melodic, and unabashedly open-hearted in their story telling – with sweet vocals, classic harmonies, and even a yodel or two. There’s a heart-rending fiddle … syncopated guitar … and the wonderful, twangy swoop of a non-pedal steel guitar or Dobro. And then, there is the amazing “lift” in Joyce’s voice, as she takes a word or phrase and sails effortlessly off into the stratosphere with it.

In short, every nuance of traditional Western music has been captured! But when you listen closely to the lyrics, you realize that you are listening to something more profound, and often more witty, than old-time “Western music.”

Woodson vividly sees the romance and mystery in the natural landscape. It is an appreciation of the rugged, unspoiled Western terrain that is as spiritual as it is earthy … an appreciation poetically articulated in the title track, Living the Western Dream, as well as in You Couldn’t Buy that View, or in the opening lines of The Hidden Trail:

There is a place I dream about

And I have searched both long and hard

To find out if it’s true

Where worries fall beside the way

When nature lifts her veil

To show a glimpse of heaven

Along the hidden trail.

Of course, the album contains the requisite sad ballads about the often-dangerous, often-lonely, life of a cowboy. But there are, in equal measure, a number of playful, humorous songs as well. Thank Jack, for example, is an upbeat true story about the man who invented the cowboy shirt, introducing snaps instead of buttons:

Who knew they’d all be the rage

When Clark Gable got the girl

I just wanted his shirt.

One of the most memorably funny songs on the album is She’s in Love with her Horse, about a woman friend who found a sure four-footed way to get over a divorce. It’s really a laugh-out-loud moment when Woodson, with her beautiful voice, sings:

But perhaps the most quintessential Woodson tracks (and my three favorites) are her poignant and deeply moving personal songs. Starting with a gorgeous fiddle intro by Gabe Witcher, Girl on a Pony takes us back into Joyce’s childhood to tell the true story of a treasured photo that resisted the ravages of her mother’s later struggle with Alzheimer’s. This was the one thing her mother never forgot – the picture of her little daughter on a pony.

The second unforgettable song, He Sang for Me, is also based on a true story. It is about the time the legendary cowboy, Roy Rogers, came to a hospital to sing for the children….and how he changed the life of a bed-ridden little boy who couldn’t walk. Anyone who grew up in the heyday of Roy Rogers will instantly connect to this song. But even if you didn’t, Woodson very cleverly avoids ever stating his name … only alluding to his horse, Trigger, and his starring roles at “the weekend matinee.” As a result, the song becomes timeless …. symbolizing forever the healing power of music.

Finally, the closing track, Souvenir, is a warm-hearted memory of a romantic tryst, whose refrain will always make me smile:

I want to be your souvenir

Take me home to remind you – you were here.

You won’t forget the night I whispered in your ear,

I’m going to be your souvenir.

There are, actually, quite a lot of musical “souvenirs” I’ve taken from this album … in terms of catchy melodies and lovely stories. So I encourage you to hear them for yourself. The CD is available directly from Woodson’s website.

I should also add, Living The Western Dream comes with a beautifully illustrated booklet, complete with lyrics, illustrations and photos … including the real photo of the little girl on a pony. 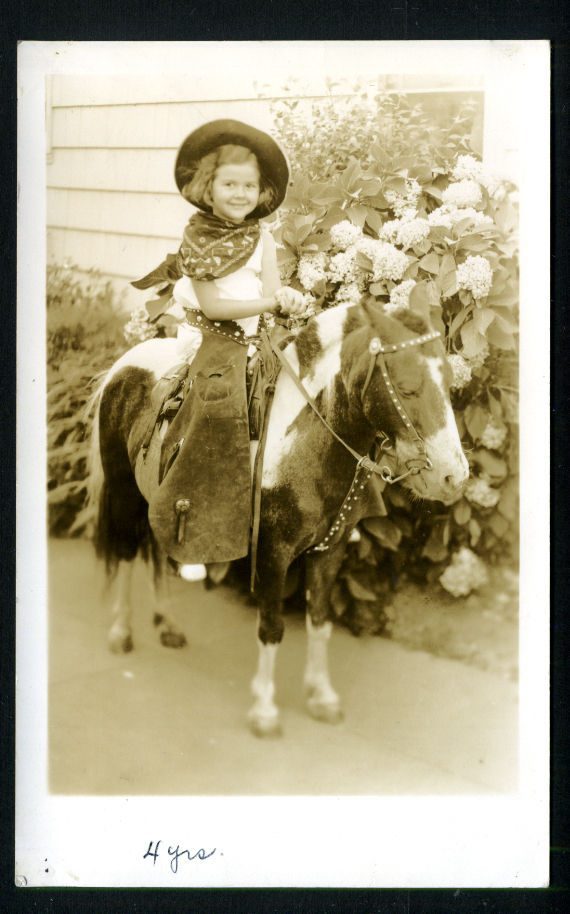 A New York transplant to the tiny town of Carpinteria, CA, Jackie is a freelance writer and  singer-songwriter whose music can be heard on Pandora. Her third album of original Folk/Americana songs was among Top Folk Albums of 2011 on the Folk Music Radio Airplay Charts, and her new newly-released fourth album, Can’t Fix Crazy, is among Top Folk Albums of May 2014 as well as Top 100 albums of 2014 on the RMR Americana Country Charts. Jackie is also an active member in such acoustic music communities as SummerSongs, SongMakers, and FARWest Folk Alliance.