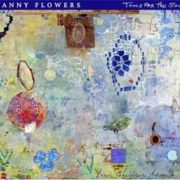 Title:  TOOLS FOR THE SOUL 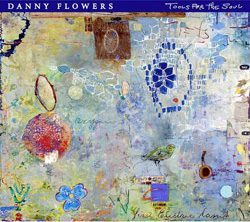 Singer-songwriters don't seem to have much of a problem bearing their souls. It's difficult to think of any subject that hasn't slipped from the pens of a confessional musician. But it's somewhat a different story when it comes to spirituality. A lot of listeners shy from recordings that mention spirituality. Many are afraid that they'll be proselytized, and of course some material isn't really spiritual as much as religious indoctrination. And, oddly, many people are far more comfortable discussing their love life than their spiritual life. Singer/songwriter/guitarist Danny Flowers is an exception.

Danny Flowers is primarily known as a songwriter, having penned tunes recorded by Eric Clapton, Don Williams and Emmy Lou Harris, among others. But he's also had a career as a guitarist. He toured with Rhythm and Blues vocalist Dobie Gray, best known for his hit Drift Away.  He worked for years as the lead guitarist for country artist Don Williams. He created the Blue Moon Orchestra for Nanci Griffith. He shared a house with Rodney Crowell. And he now has found the time to release only his third "solo" record in his long and successful career.

Flowers was raised in Henderson, North Carolina. His dad was a mortician, and the family resided in a small apartment above the Flowers Funeral Home. Music touched him at an early age, and he fell in love with the guitar. The guitar is his primary inspiration as a writer, as well. His best known tune is probably Tulsa Time. "Wrote that one in twenty minutes, watching the Rockford Files" Flowers says.

Tools for the Soul follows his 2000 release, Forbidden Fruits and Vegetables. On that recording he emerged as a rockin' blues shouter, with a few quieter numbers hinting at a softer side. He tackled his own version of Tulsa Time, and let us hear his version of Before Believing, the first song he wrote, and one Emmy Lou Harris recorded for her major label debut. Flowers also did his version of his Gulf Coast Highway, one Flowers co-wrote this tune with Nanci Griffith and James Hooker.

Tools for the Soul touches on some weighty subjects, like redemption, salvation and soul. But Flowers never sounds preachy. His lyrics are simple, yet work on several levels. But most of all, his music is highly appealing. The acoustic guitar is the instrument of choice, and fans of Flowers' searing electric slide guitar will have to settle for a only a few such tastes this time around.

Flowers explains a bit about each song in the interior info folder, which further personalizes an already personal project. As an example, Tools for the Soul is an observation that Texas luthier Donnie Wade made. He had built and gifted Flowers with a new custom guitar, and "aw shucked" his way around Flowers' profuse thankfulness by saying that it was just another "tool for the soul," which earned him a co-write for this simple yet deep number, highlighted by Flowers' deft resophonic guitar work.  This title tune's arrangement sets the tone for the whole project: lots of space, airy yet substantial. Primarily acoustic in nature, and reflective in tone.

The final tune, I Was A Burden is a self confessional number that Flowers wrote alone. It brings to the fore a well crafted story of how dependence can be turned around with faith and love. It's sweet without being saccharine, and rings true to the ear.

It's interesting to compare the back photo from Forbidden Fruits and Vegetables with the photo from the insert of Tools for the Soul. Both show Flowers in about the same pose. In the 2000 photo, the barefoot Flowers looks razor thin, has a snappy short haircut, and sports a nice suit. His spectacles give him a slightly professorial appearance. It's the same pose in the insert with Tools, but the spectacles are gone. Perhaps a few more pounds grace the frame, the hair is hippie long and he's grown a full beard with a good deal of gray. But his eyes display a serenity that most would envy. This recording reflects that.

Flowers has had a tremendous career up to this point. It's heartening to see and hear this "sideman" set out on his own, and find his own niche, not only in the music business but in life.

Dennis Roger Reed is a singer-songwriter, musician and writer based in San Clemente, CA. He's released two solo CDs, and appeared on two CDs with the newgrassy Andy Rau Band and two CDs with the roots rockers Blue Mama. His prose has appeared in a variety of publications such as the OC Weekly and MOJO magazine. Writing about his music has appeared in an eclectic group of publications such as Bass Player, Acoustic Musician, Dirty Linen, Blue Suede News and Sing Out! His oddest folk resume entry would be the period of several months in 2002 when he danced onstage as part of both Little Richard's and Paul Simon's revues. He was actually asked to do the former and condoned by the latter. He apparently knows no shame.

DANNY FLOWERS – TOOLS FOR THE SOUL