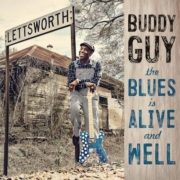 BUDDY GUY AT THE SABAN THEATRE

If you don’t think you have the blues, just keep living.

What better way to celebrate International Women’s Day—especially with a super full worm moon in the sky—than to get the blues with eight-time Grammy-winning (including their Lifetime Achievement Award) blues guitarist Buddy Guy? He didn’t waste any time, but shouted out to the sold out house at Beverly Hills’ Saban Theatre, with 1900 people in the audience, Damn Right, I’ve Got the Blues, from his 2018 album The Blues Is Alive and Well. It broke the silence and set the stage, all at once. Buddy Guy was born George Guy, July 30, 1936, eighty-three years ago in the tiny town of only 200 folks, Lettsworth, Louisiana—1700 fewer people than at the Saban Theatre last night.

Damn Right, I’ve Got The Blues

You damn right, I’ve got the blues,

From my head down to my shoes

You damn right, I’ve got the blues,

From my head down to my shoes

I can’t win, cause I don’t have a thing to lose

I stopped by my daughters house

You know I just want to use the phone

I stopped by my daughters house

You know I just want to use the phone

You know my new grand baby came to the door

And said, granddaddy you know ain’t no one at home

I said now look out…

Guy was born in the same state as Lead Belly, nearly fifty years later, and like Lead Belly he grew up picking cotton. His parents were also sharecroppers, which shows the continuity of that part of the south—

I was down in Louisiana

Just a mile from Texarkana

In them old, old cotton fields at home.

Guy picked cotton for $2.50 per 100 pounds—Lead Belly said he picked “a thousand pounds a day—and you had to jump around to get it—

Go to jump down turn around to pick a bale a day.

No wonder both Lead Belly and Buddy Guy wanted to get out as soon as they could—they both went north, Lead Belly to New York City, and Buddy Guy to Chicago. “He began learning to play the guitar using a two-string diddley bow he made. Later he was given a Harmony acoustic guitar which, decades later in Guy’s lengthy career, he donated to the Rock and Roll Hall of Fame.” I have the same kind of Harmony acoustic guitar—which I look at very differently now knowing that Buddy Guy played one too—and that his is hanging in Cleveland’s great Hall.

He was an early influence on Eric Clapton, Jimmy Page, Jeff Beck and the greatest of all, Jimi Hendrix. His most recent album brings the British invasion full circle, sharing tracks with both Keith Richards (guitar) and Mick Jagger (harmonica). They all admire him today—and acknowledge their indebtedness to him. How lucky I was to get to hear him at the Saban. I have been waiting for this show ever since I saw his signed old acoustic guitar hanging high upon the wall at the Rose Canyon Club in Pasadena, where I had gone to see Los Lobos perform last December 29. I couldn’t take my eyes off it—Buddy Guy’s name was magic—it reminded me of all the artists he had grown up with and known in the Chicago blues scene of the ’50s and ’60s—Muddy Waters—of whom he had once said: “if you get Eric Clapton to play a Muddy Waters song, they call it classic, and they will put it on that station, but you’ll never hear Muddy Waters”—Junior Wells, Willie Dixon, John Lee Hooker, Albert King and (unrelated) B.B. King. The Blues Is Alive and Well tells their stories:

As long as I am breathing

And my heart’s still beating

I got my story to tell

As long as I’m around

The blues is alive and well, yes it is

My friends told me before they died

And that’s what Buddy Guy was doing at the Saban—singing for all the old bluesmen who had left him to carry on: Willie Dixon’s I’m Your Hoochie Coochie Man, and I Just Want to Make Love to You, Muddy Waters’ She’s Nineteen Years Old, John Lee Hooker’s Boom Boom, B.B. King’s Sweet Sixteen, Sonny Boy Williamson’s Makin’ Love to Your Old Lady, and Albert King’s

My mother told me the story

About that lil’ dog that couldn’t see too well

She said crossed the railroad track one day

You know the train cut off a part of his tail

He turned around but never looked up

Just to peep over the rail

And she say he lost his whole head

Trying to find a little piece of tail

That’s why I’m going down, my nose is in the sand

A cloud of dust just came over me

And now I think I’m drowning on dry land

But his most moving song to me came from an earlier album in 2008, the title song written by his drummer (and opening act) Tom Hambridge, Skin Deep. It was a Gatekeepers of Freedom moment, and worth quoting in full:

I’ve been around a while

I know wrong from right

Learned a long time ago

Just like you can’t judge a book by the cover

We all gotta be careful

How we treat one another

A man in Louisiana

He never called me by my name

He said “boy do this and boy do that”

But I never once complained

I knew he had a good heart

But he just didn’t understand

That I needed to be treated

Underneath we’re all the same…


I sat my little child down

when he was old enough to know

I said out there in this big wide world

That you treat everybody just the way

You want them to treat you 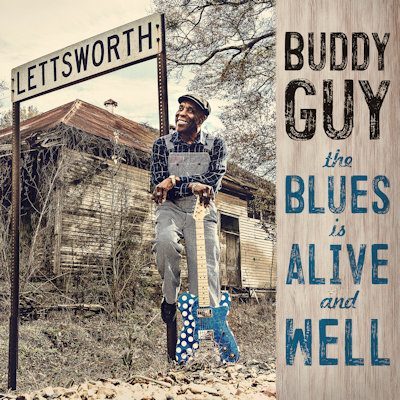 About halfway through the two-hour show he did his trademark walk through the audience, taking his time, meeting and greeting the folks who came to see him, a trick he picked up at an early age from an old bluesman, but not likely carried out at a theatre like the Saban. But showmanship is showmanship, and Buddy Guy gave us his all. Cell phones were flashing up and down the aisles, and he was having a wonderful time—performing all the while the Jimi Hendrix Experience classic Voodoo Child (Slight Return). When he finally returned to the stage he smiled broadly and took a deep bow. Then he segued right into John Hyatt’s Feels Like Rain, a very moving song I had not heard before.

That morning Len Chandler called me just to catch up and see how I was doing and I mentioned I was going to see Buddy Guy that night. He told me he had seen him a long time ago, and that he played with only two fingers of his left hand—the same way Django Reinhardt did. I asked Len if Guy had injured his hand like Django had—in a fire. “No,” said Len, “That’s just the way he picked up the guitar, and got used to playing it.” I thought if Django and Buddy Guy can do it, maybe there’s hope for me—since I never recovered the use of my right hand after my stroke. I resolved to try—my New Year’s resolution.

Then, like any great showman, Buddy Guy saved the best for last. He brought up an eleven year-old boy who told him he could play guitar—and he wasn’t kidding. He didn’t have his guitar with him, he said, so Guy let him borrow one of his—the same polka dot guitar on the album cover of The Blues Is Alive and Well. They started to play together—in an extended riff that traded parts back and forth like two old blues masters—in the movie Crossroads that portrayed a figure modeled on Robert Johnson, who sold his soul to the devil. It was reminiscent of the way his career actually began—in Chicago.

“In 1958 he won a record contract with Artistic Records after beating the West Side guitarists Magic Sam and Otis Rush in a “Head Cutting Contest” at the Blue Flame Club. Soon afterwards he recorded for the Cobra label.” Finally he landed at Chess Records.

He left the youngster—whose name was Ian—with these words of advice: “If you become a guitar player, always carry your guitar.” The thunderous outpouring of applause said all that needed to be said. Buddy Guy is one of the all time greats—and how lucky we are that at 83 years old he is still at the top of his game.

Buddy Guy will be at the Canyon Club in Agoura Hills on Tuesday, September 8, 2020.

With special thanks to Luanne Nast of the Canyon Club and Saban Theatre—Where Music Meets the Soul—for the aisle seats and press passes.

Ross Altman has a PhD in Modern Literature from SUNY-Binghamton (1973); he belongs to Local 47 (AFM), heads The Santa Monica Traditional Folk Music Club; writes for FolkWorks and he may be reached at greygoosemusic@aol.com

BUDDY GUY AT THE SABAN THEATRE