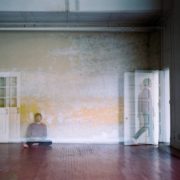 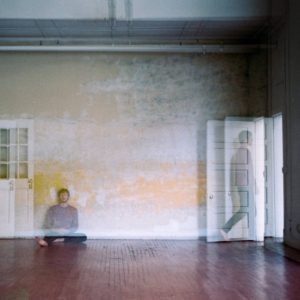 Album cover of “You Choose” EP by Bridger Dunnagan

It’s no secret that the music I love best comes from musicians who ride that line between old time/bluegrass and Americana music. But what are labels and genres anyway, if not suggestions – if not tools to be used together and sources of influence to draw from? Bridger Dunnagan has taken that concept and blown it out of the water with his new EP “You Choose,” out now. This EP is a poetic bridge between his sources of influence and the direction in which he’s headed musically – a direction which feels promising and also mysterious in the best way.

Oftentimes when I’m reviewing singer-songwriter albums, the musicianship fades into the background. Even if it’s good, it may lose some of the spotlight when juxtaposed with great lyricism. This is not the case with Dunnagan’s EP. His lyricism and musicianship walk hand-in-hand to create a sonic experience that is deep and contemplative without being trite, and without trying to pack too much into an experience that could end up overwhelming.

Coming off of the release of a more traditional album, Dunnagan demonstrates his prowess on guitar, octave mandolin, violin, banjo, Moog synthesizer, and electric bass in a new musical context. He pulls off a modern folky-Americana-singer-songwriter sound like he’s been doing it all his life.

However, I must be clear in saying that when I say he nails this sound, I do not mean he sounds like anyone and everyone else. Because he brings such a sincere, naturally flowing spirit to his craft, and pairs that with old time music influence and prowess, this EP has a special element of uniqueness.

I would be remiss not to mention the prominence of Dunnagan’s voice on this recording. It is solid and strong, yet calming and comforting. His is the kind of voice you find yourself attempting to harmonize with when you’re listening and inevitably singing along in your car.

From the sweet and soft “Chickadee” to the thought-provoking title track “You Choose” to “The World Is Burning” (which opens with some timeless banjo action), Dunnagan has nailed a sound that is reminiscent of peers such as Joseph Decosimo and Jake Xerxes Fussell while also echoing artists like Bon Iver and Penny & Sparrow. The talents of roots music staples Lyle DeVitry, Nicholas Falk, and Joseph DeJarnette are the ribbon tying this lovely package together.

This five-track EP packs the emotional punch of a full album. Featuring double exposure photography by Rita Kovtun, the aesthetics of the cover reinforce the message of the record – that we play the biggest part in our own happiness, and we should seize that power to create a better world for ourselves and the people around us. What will you choose, and what effect will that have? Put this record on and ponder.

“Was it the day, maybe the season?