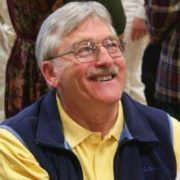 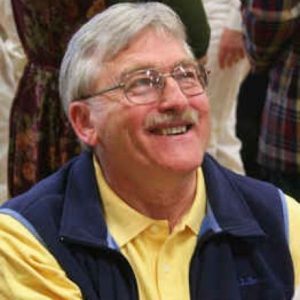 Tony was best known for his musical collaborations with John Roberts. As Roberts and Barrand, they performed a cappella and accompanied performances of traditional English folk music. They also performed and recorded fare such as sea shanties of the North Atlantic, and an album of traditional drinking songs. The duo was also half of the related act Nowell Sing We Clear — which in addition to a number of albums — performed an annual yuletide concert series.

Barrand was born in Gainsborough, Lincolnshire, England. His parents were active in a Salvation Army brass band. His family moved to Bletchley when he was 10 years old, and became active Methodists.

Barrand completed a Bachelor of Arts at The University of Keele, and moved to the United States, where the glass ceiling for scholars from working class backgrounds was less pronounced. He earned his Ph.D. from Cornell University, where he also formed his ongoing music partnership with John Roberts.

Barrand was also an expert Morris and clog dancer, having taught across the United States, and written several books on the subject. He edited the journal Country Dance and Song and founded the Marlboro Morris Ale, an annual national gathering of Morris dancers in Vermont. In 2008 he was the recipient of the Lifetime Achievement Award of the Country Dance and Song Society for his pivotal role in teaching, researching and videotaping Morris dance, as well as for his work as a traditional singer and musician.

Barrand’s collection of film and video of Morris, sword, and clog dancing was deposited in 2003, by invitation, to the American Folklife Center, as the Anthony Grant Barrand Collection of Morris, Sword, and Clog Dancing at the Library of Congress (catalog number AFC2003/5). As of 2020 the collection had been digitized and is available online at Boston University.

Since the late 1990s, multiple sclerosis had limited Barrand’s mobility, but not his academic work or musical performances.

In their many years together as a professional team, Roberts and Barrand recorded with a number of companies including Swallowtail Records, Front Hall, Folk-Legacy Records, National Geographic, and most recently, Golden Hind Music. Click here for the list of all known recordings by the duet and with their quartet Nowell Sing We Clear. Also listed are any compilations where their music was featured.