I first met Vykki fifty years ago, when she was my editor and fellow photographer on our high school yearbook staff. When I first saw her glide across the room in what we sometimes called her “not princess dress” (it was really a “round dress”) it was, if not love, at least infatuation at first sight on my part at least.

Her proto feminist challenge of gender behavior norms, such as opening doors for “gentleman” only made her the more attractive to me.
She was an incredibly talented, intelligent, and accomplished person.

Vykki had a glioblastoma brain tumor and lived longer than expected with a great attitude and few if any side effects from the various treatments and still passed sooner that we had expected or hoped. But even her last week we enjoyed a visit to the Japanese garden in Balboa Park as well as to the Impressionist show at the art museum. We tried to have as many “adventures” as we could! She often enjoyed a margarita in the evening and responded with a “Yeah”, and a twinkle and a smile, when I inquired if she wanted me to mix her one.

While she grew up with Sam Hinton programs at the Central Library (and he always remembered her name!), and played violin in school orchestras from a young age, our interest in traditional music grew as our lives together did.

I got her a copy of Marion Thede’s “The Fiddle Book,” one of the few titles on the topic in those days. My first hug from her was after a San Diego Folk Festival concert, and our first true date was a Kenny Hall concert at Orango’s Natural Foods Restaurant at 1st and Washington, put on by the immortal Lou Curtiss. 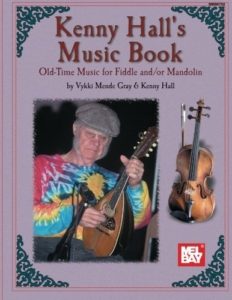 Vykki later went on to produce “Kenny Hall’s Music Book” with transcriptions of a large number of his tunes, the way he played them, along with oral history in Kenny’s own words to add depth to his story. This 1999 Mel Bay Publication has a foreword by Alan Jabbour of the American Folklife Center at the Library of Congress, where her extensive collection of field recordings for the project are now housed. Vykki wrote a fine obituary for Kenny Hall published on the FolkWorks website.

Her skills in transcribing music developed on this project were later called into play when she began exploring the music of Spanish colonial and Mexican California as “Los californios,” and she also notated some of the other fiddle music of the borderlands, especially from the Tohono O’odham and other traditions. 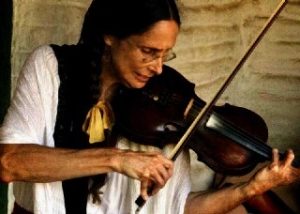 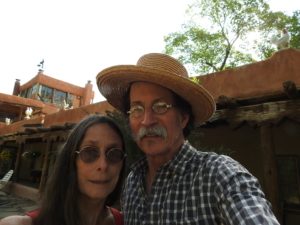 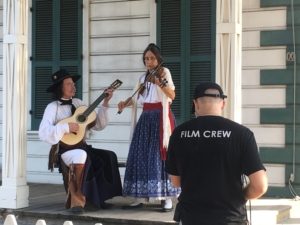 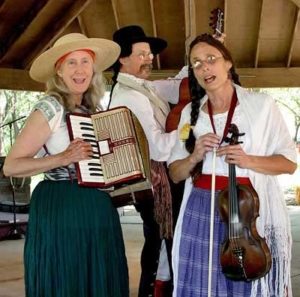 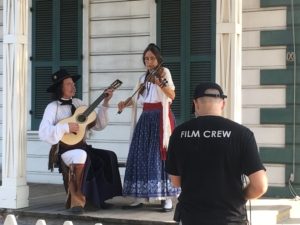 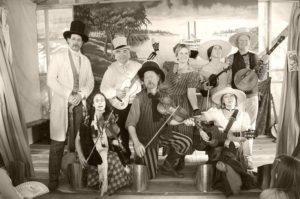 Still in college she produced “folk music” concerts, including U Utah Phillips, who became a dear friend, and Malvina Reynolds.

Later, Vykki was one on the founders of San Diego Folk Heritage, and coined the group name as an homage to the pioneering Mission Beach folk club “The Heritage” (which she was too young to have attended).

Vykki played fiddle with the Squallin’ Panther Fiddle Band, in the 1970s and ‘80s, and mostly specialized in a long bow style on the fiddle. They played a lot of Charlie Poole songs as well as country rags from the likes of the East Texas Serenaders, and a generally eclectic mix of “old time music,” as well as great vintage labor songs (especially from the IWW).

She played for area contra dances for many years, and was a champion of open community bands, including coordinating “Flies in the Ointment” (named after the feeling some had about open bands).

Vykki also taught workshops on early California music at Lark and Sweet’s Mill music camps, to ensure this precious music would take root again in the golden state. And she performed for over thirty years with Los californios, documenting and interpreting the historic music of Alta California, from “before the American occupation”, as she liked to say.

But Vykki’s life was always much more than music. and she was an accomplished watercolor artist as well as a journey level carpenter, attorney, economist, student of flamenco, and avid reader of popular mysteries.

She passed from a glioblastoma brain tumor which was diagnosed in October 2019, and had a pretty good two and a half years, most of that time with few if any side effects from either the affliction or the various treatments. There were periods when she could not read, and had word finding challenges, and finally difficultly in most modes of communication, but remained active and engaged. She especially loved to see hawks, which were encountered on many days.

A memorial is planned for Sunday, June 12, in San Diego’s Marston House gardens.