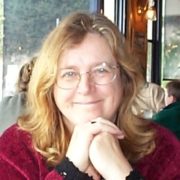 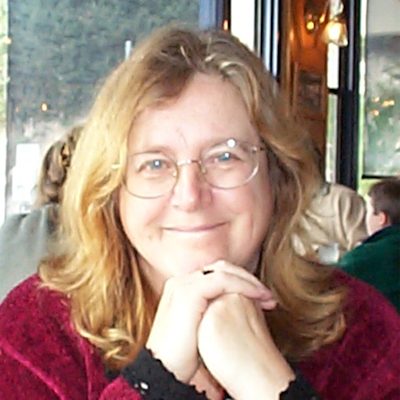 Penny Nichols was born December 26, 1947 in Orange County, California. She started her amazing music career in the early 1960s as a folk singer in coffeehouses around Orange County. During these formative years, she shared stages with many legendary artists including Jackson Browne, Tim Buckley, Steve Noonan, The Nitty Gritty Dirt Band, Linda Ronstadt and the Stone Ponies, Jennifer Warnes, Mary McCaslin and others. She sang in a bluegrass band with John, Bill & Alice McEuen until John left to take Jackson Browne’s place in The Nitty Gritty Dirt Band. Penny then formed a duo with Kathy Smith called the Greasy Mountain Butterballs which toured Vietnam in the fall of 1966. Upon returning, she opened for numerous artists at The Troubadour and Ash Grove clubs in Hollywood.

In the spring of 1967, Penny rode up to San Francisco on the back of a Harley motorcycle and decided to stay there for a while. She performed in concerts and clubs all over the Bay Area including the Fillmore, the Avalon, and the Matrix where she opened for bands such as Big Brother and the Holding Co. (Janis Joplin), Steve Miller, Quicksilver Messenger Service, 13th Floor Elevator, Chocolate Watchband, and Jefferson Airplane. During the “Summer of Love,” Penny played at the Big Sur Folk Festival (June 28–29, 1967 with headliners Joan Baez and Judy Collins) and recorded her first album, Penny’s Arcade, for Buddha Records (BDS 5007, 1968). After touring the U.S. promoting her album in the fall, she toured Europe in the winter of 1968, staying with George & Patty Harrison and recording at Apple Studios.

In the mid-1970s, Penny was briefly married to actor and musician Harry Shearer (Spinal Tap, The Credibility Gap, SNL, The Simpsons). In 1975, she began to perform around Los Angeles with her jazz band, the Black Imp, and opened for Little Feat. During this time Penny also wrote and performed commercials for Toyota’s campaign to plant a tree for every car bought, for Carnation Dairies, and produced a public service announcement for the Navajo Nation called “Black Mesa” to protest the misuse of the land around the Four Corners power stations in Arizona.

In 1977, while working with Emitt Rhodes on a record for Elektra, Penny joined Jimmy Buffett & the Coral Reefers. An original “reeferette,” she appeared in the movie FM with the band, toured the country, and earned a Platinum Record for her singing on the album Son of a Son of a Sailor. She also sang backup on albums by Roy Forbes, Jennifer Warnes (“Shot Through the Heart,” 1979), David Ossman & The Firesign Theatre, Art Garfunkel (“Fate for Breakfast,” 1979), Laura Allan, Leah Kunkel, and numerous others.

Penny studied voice with noted vocal coach, Florence Riggs. In the late 1970s and 1980s, Penny went back to school and earned degrees in Music & Psychology from Antioch University, and then went on to Harvard University to do research in music and psychology eventually earning a Doctorate in Education there. During the same time, she recorded and toured with many performers including: Art Garfunkel, Suzi Quatro, Danny O’Keefe, Yvonne Elliman, Jennifer Warnes, Albert Brooks, The Credibility Gap, Steve Gillette, Donna Summer, and earned a Grammy nomination for her work on Arlo Guthrie’s album The Power of Love.

In 1990, twenty-two years after her debut album, Penny co-produced her second solo album, All Life is One, which features guest appearances by Danny O’Keefe on vocals and Rick Ruskin (her co-producer) on guitar. In a review of the album All Music Guide wrote in part “Nichols is one of the new lights in the modern folk scene and her songs are living proof that all the great folk songs were not written 60 years ago. ‘Pioneer Woman’ and ‘New Moon Refugees’ are on their way to becoming modern folk classics. Her most recent album, All Life is One, is mandatory listening for all folk music fans.”

In 1993, she released another record, Songs from the Jataka Tales, an album of songs based on 1000-year-old Buddhist stories. This collection of songs and stories are based on the 2500 year old Jataka Tales of India, full of imaginative fun, adventure and good advice, they will delight children and adults with hours of beautiful music and interesting stories.

In 1997, while living in upstate New York, Penny and Molly Mason collaborated on the song The Unbroken Thread which is included on the CD, The Catskill Collection, a compilation of music inspired by New York’s Catskill Mountains performed by some of the regions finest musicians.

Penny became an in-demand vocal coach and teacher, working with singers to bring out their best. She believed strongly in the musicality of people and felt that everyone could sing. She released a video called You Can Sing! an encouraging and enjoyable lesson to help turn “listeners” into singers. In the video she teaches pitch perception and basic music theory, and helps break down inhibitions. She later released a 2-CD set entitled Harmony Singing & Vocal Arranging Volume 1 with Penny Nichols featuring Tom Prasada-Rao, Small Potatoes, Michael Monagan, Deborah McColl, Severin Browne, Penny Nichols and others. She taught at SAMW (Summer Acoustic Music Week) WUMB Acoustic Music Camps, Colorado Roots Music Camp, Lamb’s Retreat for Songwriters and Moab Folk Camp.

After a fight with breast cancer, Penny returned with a book and CD called The 8 Voyages of Nep, songs of grieving and healing inspired by her cancer treatments. The tracks are a healing musical journey of twelve original songs in the contemporary folk genre for those undergoing cancer treatments and their loved ones. Some of Penny’s most heartfelt and best writing is in this collection. The CD features guest appearances by David Roth, Sloan Wainwright, and Cindy Mangsen among others.

In 2012, Penny recorded an album of early songs by her life-long friend Jackson Browne. Colors of the Sun: Penny Nichols sings the early songs of Jackson Browne features guest appearances by many of the people who performed with Jackson and Penny in their early days, including Greg Copeland, Steve Noonan, Ned Doheny, David West, Pamela Polland, Kenny Edwards, Mark Goldenberg, Severin Browne, and of course a duet vocal with Jackson Browne on Song for Adam.

Penny’s final CD is a collection of a dozen songs called Golden State, a recollection of growing up in Southern California. A true California native, she weaves stories and music from the culture that she remembers into a fine tapestry of life’s many colors. It was released in 2015. She was working on another CD at the time of her passing.

In today’s music community, Penny Nichols is probably best known for her bi-coastal Summersongs/Wintersongs songwriting camps for songwriters and musicians. Founded in 1998, the camps take place twice annually on both coasts — on the East Coast in Stony Point, NY and on the West Coast at Camp Ocean Pines in Cambria, CA. The mission of SummerSongs is to encourage, support and promote the creation of songs and the work of the songwriters, and to facilitate the inclusion of original songs in the life of communities by providing: (1) Opportunities for live performances by songwriters, (2) Networking for songwriters, (3) Resources and events which promote songwriting, (4) Recording opportunities to further document and disseminate the work of songwriters within their communities, and (5) Inspiration and encouragement for artistic expression in communities. With an “all-levels” buffet of classes in songwriting, guitar, singing, harmony, piano, performance, and more in addition to a full menu of concerts, coffeehouses and song circles, students and teachers alike share songs, information, insights, trade stories, and perform for the community. Penny’s dream of an all-inclusive, all-supportive folk music community have enriched the lives of hundreds of musicians over the past two decades.

In 2015, Penny Nichols was honored with the Folk Alliance Region West (FAR-West) “Best of the West” Lifetime Achievement Award “for her years as a world-class performer as well as an inspirational music educator.” Penny was living in Morro Bay, CA when she finally succumbed after a long battle with cancer. She is survived by her husband, Mark Rothe, and her brother Rory.

For many of us, Penny was a bright and pure light in this universe, making the world around us a better place with her love and support of her family, friends and the music community. She certainly had a major impact on the lives of those who knew her and for that we will always be grateful.

Russ Paris, an avid music enthusiast and collector. He, with his wife Julie, have been the hosts of Russ & Julie’s House Concert series for over 20 years. Russ is also a founder and former board member of Folk Alliance Region West (FAR-West). He and Julie were honored with the annual “Legend Award” by the Topanga Banjo-Fiddle Contest & Folk Festival and the “Best of the West” Ambassador Award from FAR-West. He runs a number of award winning music related websites.