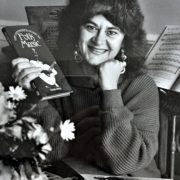 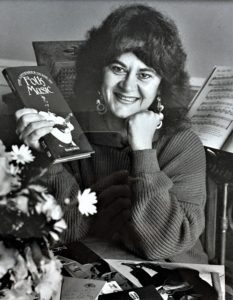 The Marie Poll House Concerts was a venue that became synonymous with the acoustic music scene from February 1982 until the early 2000s. Marie Kaufman (a.k.a. Marie Poll up to 1995) and her husband, Ken Johnson, hosted more than 400 house concerts at their home in West Los Angeles.

House concerts were very popular during this period–and still are—although not to the same extent. They provided a much-needed venue for acoustic musicians, singers, dancers, songwriters, storytellers, and other performers in search of reaching audiences outside of rowdy bar and hectic festival scenes. Some house concert venues were extremely small, others quite large, but all offered the opportunity for individuals and groups to perform in an environment of friendly relationships with devoted audiences. The proximity of the fans to the talent was close and warm. In some cases, people sat on the floor directly in front of the performers providing an intimate connection. I know, because my band, Old Mother Logo, performed in house concerts up and down the West Coast throughout the 1980s, and a spot at Marie’s was a favorite venue for us.

Marie’s house concerts were special: her love of music, respect for the performers, and attention to audience needs, became the foundation of what a model house concert should be. She cared only that everyone involved felt welcomed and able to enjoy themselves for the duration of the concerts. There were no rules, except for “no smoking” and “have fun!” Her concerts, typically with 30 to 75 attendees, were always held in an atmosphere of comfort and friendliness. More importantly, Marie often invited artists who were early in their careers, or even seasoned performers, who were not able to perform in the “big” or better-known venues. In this way she helped many performers widen their circle of fans, improve their shows, sell available merchandise, and get or keep them in the eyes and minds of the folk community through her publicity. Her impact on the local folk music scene cannot be overstated. 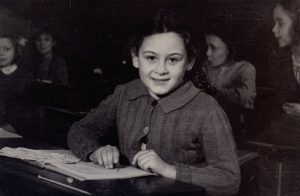 For those who did not know her, her commitment to—and efforts on behalf of—the folk arts and artists were reflected in other parts of her life with other individuals and groups. For example, Marie was a Holocaust survivor and child of Holocaust survivors. She was a moving force in organizing the ongoing Child Survivors of the Holocaust (now an international organization) and was the Managing Editor as well as a participating author of the book, How We Survived—52 Personal Stories by Child Survivors of the Holocaust. A social worker with an MSW from the USC School of Social Work, she was a dedicated clinician, well-known for helping countless clients, and was a community activist fighting for many social issues. She lectured and taught, and mentored children, teens, and adults to follow their dreams and reach their goals. The illness that halted many of her activities in the last decade of her life never stopped her ongoing interest in friends and family and others she loved and who loved her. Hers was truly a life well lived. Marie will continue to live in the memories of all of us who knew her.