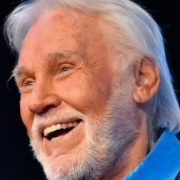 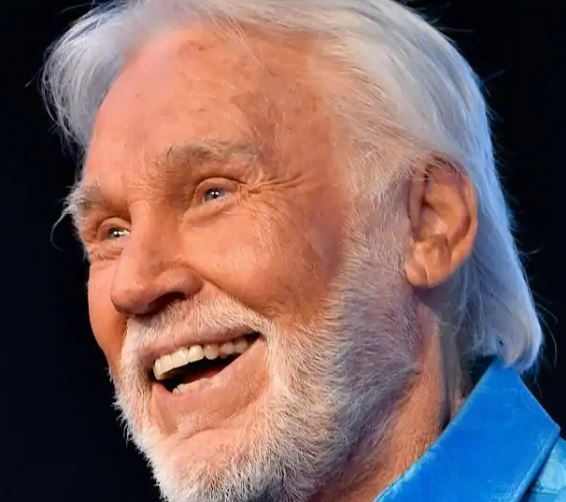 March 21, 2020 – Word comes from Keith Hagan of SKH Music that the Rogers family is sad to announce Kenny Rogers passed away last night at 10:25 pm at the age of 81. Rogers died peacefully at home from natural causes under the care of hospice and surrounded by his family.

In a career that spanned more than six decades, Kenny Rogers left an indelible mark on the history of American music. His songs have endeared music lovers and touched the lives of millions around the world. Chart-topping hits like The Gambler, Lady, Islands In The Stream, Lucille, She Believes In Me, and Through the Years are just a handful of Kenny Rogers’ songs that have inspired generations of artists and fans alike.

Rogers, with twenty-four number-one hits, was a Country Music Hall of Fame member, six-time CMA Awards winner, three-time GRAMMY® Award winner, recipient of the CMA Willie Nelson Lifetime Achievement Award in 2013, CMT Artist of a Lifetime Award honoree in 2015 and has been voted the “Favorite Singer of All Time” in a joint poll by readers of both USA Today and People.

FolkWorks notes that he really had two careers in music, and therein lies his influential roles in Folk-Americana. Before he was the huge Country Music icon, he developed along other musical paths. First, there was his multiple hit-song, folk-rock band, Kenny Rogers and the First Edition. Their popularity was immense, getting them a weekly TV series.

The band got near-constant radio airplay in the late ’60s and early ’70s, with a list of hit singles that included: Ruby, Don’t Take Your Love to Town, about a horribly wounded Vietnam veteran who made it home, but was helpless as the love of his life kept leaving him for romantic trysts “in town”; Just Dropped In (to See What Condition My Condition Was In), a ’60s anthem if there ever was one; Reuben James, a song in the same vein as John Denver’s Matthew” about the strong male rural role-model fondly remembered by the farm-raised child; and Somethings Burning, a beat-driven song that bordered on R&B. They were also one of the many to enjoy a hit covering Kris Kristofferson’s Me and Bobby McGee, in a time when Janis Joplin’s version was too wild and crazy for middle America.

Rogers’ “first career” with that band ended with a forgotten landmark that echoes with enduring irony. They released one of music’s first-ever “concept albums,” and it had all the bells and whistles. A complete immersion in its 19th-century theme, it included a convincing hand-written, “time-stained” journal-style booklet with song lyrics, faux tintype photos and supportive period material, and it was housed in one of the most distinctive two-record heavy jackets ever.

That was The Ballad of Calico, which covered every aspect of life and death in an Old West mining boom town, with all the songs co-written by Michael Martin Murphey. The project bombed, and that led to the band’s breakup. (Though today that album is quite collectible, especially if the booklet is there.)

Rarely has such a failure proven so pivotal. The ironies are, “…Calico” led both band-leader Rogers and writer Murphey into the world of the Old West, and both liked it. Rogers would develop a black-hatted, paisley-vested persona that led him to Hollywood, with his character in a string of TV-movies as The Gambler.” Murphey would depart the genre of his hit songs (Carolina in the Pines, Wildfire) and jump with both boots into the Western music genre — just as Nashville was divorcing its new fixation on pop-country from traditional Country & Western. Separately, each made immeasurable contributions that helped keep the “cowboy music” genre alive, so that others — Don Edwards, Juni Fisher, Belinda Gail, Dave Stamey — could bring it safe and thriving into today’s Folk-Americana, vast pastures apart from trendy pop-country.

If Rogers’ trailblazing was largely unintentional, his enduring popularity enabled him to do pretty much what he wanted. Having paid his dues with his earlier band, he was able to stay where the money was, in the changing world of Nashville Country. Like Ricky Scaggs — and damn few others, until Taylor Swift walked out — Kenny Rogers made Nashville accommodate where he wanted to go.

In Rogers’ case, if that sometimes blazed a path for a pop-country cowboy like Garth Brooks, and for the herd of taco-hatted, fake-drawl-infested, pop-country dog-divorce-pickup-truck infestation of sameness, it likewise let Rogers keep trad country alive alongside his pop country hits. And it gave him the artistic and business freedom to cross, at will, back and forth to Las Vegas’ orchestral crooning, and simple downhome acoustic guitar ballads.

Though Nashville will portray his legacy as a solo “Country Music Star,” Kenny Rogers was influential — often pivotal — through many directions taken by his “first career” band, thus blazing trails in folk-rock for bands like the Eagles, and America, and on into today’s Cowboy-Western-Folk and, by extension, throughout many genres of Folk-Americana.

The family is planning a small private service at this time, given the overriding concern for the national COVID-19 emergency. They look forward to celebrating Kenny’s life publicly with his friends and fans at a later date.