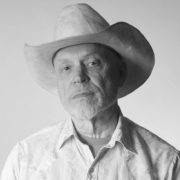 Jim Miller demonstrated the value of a great backup guy who could also step out front when he wanted to.

Jim Miller’s sudden and unexpected death on the evening of Thursday 24th March may not have made the UK terrestrial TV news broadcasts, but for those in the know, he was someone who had a considerable reputation within the Americana and roots music community, particularly among fellow musicians. If you haven’t heard of Jim Miller then that is because he was more of a supporting musician than a solo star, but that isn’t to diminish his contribution to the development of roots music for a modern audience, while still recognizing and honoring the traditions of the past.  He was a member of roots-orientated jamband Donna The Buffalo for twenty years and he was currently a member of Seattle-based Western Centuries, and he worked with renowned fiddle and banjo player, Dirk Powell, amongst others. Jim Miller viewed himself as a rhythm guitarist who contributed to the overall performance, and he was able to step into the spotlight as a songwriter and vocalist when needed.

The Jim Miller story started in Boston in January 1953, but his childhood was spent in Saskatchewan where he was exposed to folk music from an early age by his parents, and he was a member of the Saskatoon Boys Choir. He continued to play music in local rock & roll bands when his family returned to the United States, but he started an academic career being awarded a PhD before the pull of music became overwhelming and he helped form Donna The Buffalo. While Donna The Buffalo may be included in the jamband genre, their music, while eclectic including bluegrass, country, Cajun, folk, jazz, reggae, and rock, heavily features roots music with well-developed songs, meaningful lyrics, and a danceable beat. Jim Miller’s last record with them was 2005s ‘Life’s A Ride’, and while songwriters Tara Nevins and Jeb Puryear were seen as the leaders of the band, Miller’s guitar work and harmony vocals were also key to their overall sound.  So much so that Jim Miller was heavily featured on Tara Nevins’ debut solo record ‘Mule To Ride’. Jim Lauderdale has worked regularly with Jim Miller over the years and was an early supporter of Miller and Donna The Buffalo. When Balfa Toujours’ leader Dirk Powell was looking to establish his solo career he turned to Jim Miller whose vocals and guitar were featured on If I Go Ten Thousand Miles, Hand Me Down, and Time Again. Miller played with various leading roots musicians before he formed Western Centuries with like-minded Seattle musicians Cahalen Morrison and Ethan Lawton, following his move to Seattle where his wife was attending graduate school. Western Centuries survived Miller’s return to New York when his wife completed her studies, and their music was a collective based on the songwriting and vocals of the three founding members. Though Western Centuries were founded in the Pacific Northwest, they mixed various roots styles into their sound. Like Donna The Buffalo, the songwriting of Western Centuries delivered well-written songs that addressed modern issues to go with the modern sound of their mix of traditional root music sounds. Their latest record,‘ Call The Captain, got its title from the fact that Western Centuries did not have a leader, and ensured Jim Miller’s talents as a singer and songwriter were given free rein.

Donna the Buffalo – Lifes a Ride

While Jim Miller’s death has come as a terrible shock to his family, friends, and fans, his artistic achievements mean that his presence will continue to be felt. He may have had a supporting role in Donna The Buffalo but he was no less integral to their sound for that, and he was able to add value to fellow musicians of the calibre of Dirk Powell and Tim O’Brien, and with Western Centuries he stepped into the spotlight himself. The Western Centuries website includes the following quote from Jim Miller, “I had been in Donna the Buffalo for 20 years and my role in that was rhythm guitar and harmony singing,” he explained. “I didn’t want to be the backup dude anymore. My thought was, if I’m gonna do this, I want to contribute to the material in a more meaningful way.”. If you speak to fellow musicians like Jim Lauderdale and Willie Watson, and Western Centuries fans, then it is clear that he achieved this ambition ensuring that he had a successful and fully rounded career, and he brought his own perspective to the music and therefore helped it to continue to develop for a modern audience, while ensuring it retained its traditional roots.