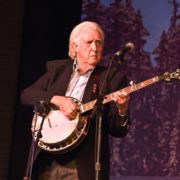 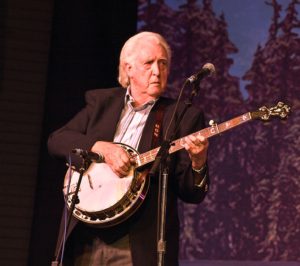 J.D. (James Dee) Crowe first became known during his four-year stint with Jimmy Martin in the 1950s. Crowe led the bluegrass group New South from 1971 until his death.

He was born on August 27, 1937, in Lexington, Kentucky and began playing the banjo early on and was offered a job with Jimmy Martin’s Sunny Mountain Boys (or Sunnysiders), a backup group, in 1954. Before starting in Martin’s band, Crowe played with Pee Wee Lambert and Curly Parker.

Crowe recorded with Martin between 1956 and 1960. In 1961, he formed the Kentucky Mountain Boys, principally performing in the Lexington region. By 1969 he attracted Red Allen (guitar), Doyle Larson (mandolin) and Bobby Slone (fiddle and bass) to the band.

In 1971, Crowe changed the band’s name to The New South. As of 1975, the New South began to add jazz and rock influences to its bluegrass repertoire, as well as country and folk elements drawn from the work of Gram Parsons and Gordon Lightfoot, respectively.

Crowe stopped releasing new records between the late 1980s and 1992, when he founded a new band.

Crowe received the Bluegrass Star Award, presented by the Bluegrass Heritage Foundation of Dallas, Texas, on October 15, 2011. The award is bestowed upon bluegrass artists who do an exemplary job of advancing traditional bluegrass music and bringing it to new audiences while preserving its character and heritage.