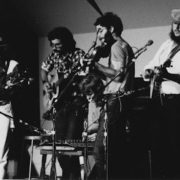 By Molly Tenenbaum, In Collaboration With Jeanie Murphy And Debbie Spiegelman, And With Contributions From Bob Carlin, Banjo Newsletter, And Dave Leddel.

By Molly Tenenbaum, in collaboration with Jeanie Murphy and Debbie Spiegelman, and with contributions from Bob Carlin, Banjo Newsletter, and Dave Leddel.

On December 17, 2017, the music community lost Allen Hart, master of the banjo: expert and beautiful player of many styles, meticulous banjo builder, scholar of banjo history, dear friend to many, and a loved husband and father. The cause of death was Amyotrophic Lateral Sclerosis (ALS).

Allen Hart was born March 16, 1950 in Los Angeles. His father, Lewis, played and collected banjos. Asked how he started to play banjo, Allen used to tell a story that one day, playing with a BB gun, he punctured the head of one of his dad’s banjos on the wall, and, thinking quickly, pulled the banjo down and pretended he’d broken it while trying to play it.

According to banjoist and friend George Gibson, young Allen learned his father’s up-picking banjo style, but when he got to college, a friend told him this style was incorrect and taught him clawhammer (downstroke) style. Later (in the 1980s), Allen felt vindicated when he visited Clyde Troxell, of Rocky Branch, Kentucky, who played in the same style as Allen’s father.

Allen learned a wide range of up- and down-picking: He could play like Dock Boggs, Wade Ward, and Uncle Dave Macon (he even made a belt-buckle attachment that would spin his banjo, in imitation of Uncle Dave) and he shone on banjo showpieces such as French Waltz and Coal Creek March.

From 1974 – 1978, Allen served as a sergeant in the Army, stationed in Alaska, working as a cryptographer in remote areas and jamming Soviet radio communications.

Allen moved to Seattle in 1984, where he formed a trio with Kerry and Sheila Blech (now Sheila Blech Long), and together they recorded two albums, Build Me A Boat (Voyager Records), and Devil Of A Row (Swing Cat Records), which showcase Kerry and Al’s interwining fiddle and banjo and present a fine selection of unusual tunes. In 2007, Allen released a solo album, Old-Time Banjo (Voyager VRCD368), displaying Allen’s mastery of a wide range of banjo styles. Allen also recorded with Phil and Vivian Williams on the CD Tunes from the Peter Beemer Manuscript (Voyager CD374), performances from an 1860s manuscript of fiddle tunes that were danced to in the West in the mid-nineteenth century.

Allen had been introduced to instrument-building as a youngster when he and his father would take apart defunct banjos and reassemble them into playability. As a teenager, he learned from idiosyncratic LA banjo builder Okie Adams, and, also in LA, worked as an inlay artist at the Valdez Guitar Shop, run by respected luthier Arturo Valdez. Starting in the late 1990s, he began building reproductions of pre-Civil War Boucher banjos. Even after full day of work, even if he had only five or ten minutes left for banjo-building, he did what he could. There are a total of fifty-two of his banjos in the world today, being played by George Gibson, Kerry Blech, Heath Curdts, Jeanie Murphy, and many others.

A machinist, Allen had a demanding full-time job, working for fourteen years at Intermec Corporation in Mukilteo, and for five years at the University of Washington’s Scientific Machine Shop where he made anything researchers and/or professors wanted:  a tornado demonstration for classroom use; instruments for collecting and communicating data on precipitation in the Olympics (probably sending data even now); tiny solid gold cups to melt bits of ice core while protecting them from contamination; a device to house crystals (for collecting data) that were then sent up into the atmosphere by way of balloons.

He was often involved with freelance projects as well, helping a friend make parts for medical instruments and creating the metal housing for another friend’s glass art. Allen’s son Sam loved bringing his projects (recently, a carbon fiber fiddle) over for advice, and enjoyed working with Allen down in the shop. Allen made all the hooks and nuts for his Boucher reproductions, and, as a person who could make anything, he made the best-ever Halloween costumes for his children.

In addition to banjos and banjo parts, Allen collected machine oil cans, plumb bobs, and pocket knives. A visit to his basement workshop revealed shelf after shelf, drawer after drawer, of beautifully arrayed objects (tiny coins he had machined himself; antique bottles, the oil-can collection), pegboards of well-maintained tools, and tables of fascinating in-progress projects—not only banjos, but also, for example, his last and unfinished invention, a harmonica concertina. Want to change the key? Just switch out harmonica!

In recent years, Allen played fiddle with his wife Debbie Spiegelman on banjo, along with Sheila Blech Long on guitar. As a band, they were known as Al Hart and his Wildcats. Other Seattle and Washington State friends they enjoyed making music with include John Burke, Dave Leddel, Scott Marckx, Ellen and Steve Marx, Jeanie Murphy, Steve Nelson, Jim Newberry, and Phil and Vivian Williams.

Allen will be missed not only by his family, but by his many friends, students, and musical companions. Allen’s friendships ran deep. He was as fine a human being as he was a banjo player. He had multitudes of students, especially at Dusty Strings Music School in the last few years, where his fame as a teacher attracted devotion. He was unassuming, gentle, and kind. Although he was a quiet man, he always had a twinkle in his eye.

A scholarship in Allen’s name is being created to support a young banjo student’s tuition for Centrum’s Festival of American Fiddle Tunes, in Port Townsend, Washington, where Allen taught many times and attended as a participant. Donations to Centrum are welcomed: http://centrum.org/the-arts-matter-your-gift-matters/ 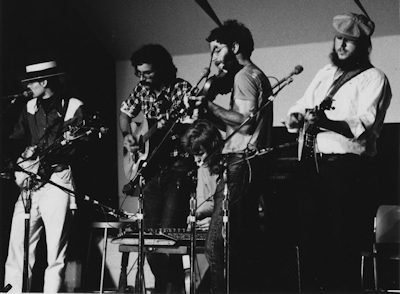