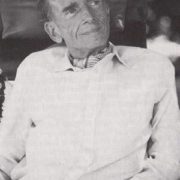 The Voice of Scotland 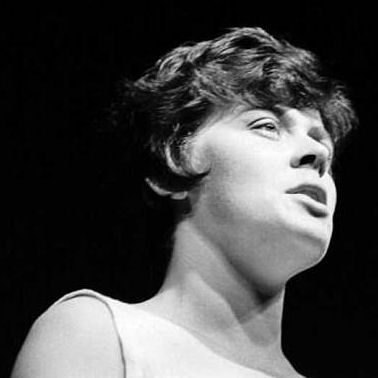 In the dead of winter in 1961 a brilliant young folk singer from the North Country blew into Greenwich Village and caught the eye of Ramblin’ Jack Elliott and Dave Van Ronk—even sharing their village flat—and the ear of Mike Porco at Gerdes Folk City—who was booking the best and the brightest for his growing clientele of folk music fans—at the behest of the Folklore Center’s Izzy Young next door; a young Bob Dylan, from Hibbing, Minnesota?

Wrong gender; wrong city, wrong country; wrong folk singer; she was Jean Redpath—all the way from Edinburgh, Scotland—who shared an apartment with Dylan that first fateful “coldest winter in 17 years” when together they redrew the map of American folk music. Thirty-six years later, in 1997s Time Out of Mind, Dylan opened a window onto this early relationship with his long rhapsodic love song, Highlands, inspired by Robert Burns’ song My Heart’s In the Highlands, where he avowed his heart still belonged:

Well, my heart’s in the highlands at the break of day

Over the hills and far away

Well, I’m already there in my mind, and that’s good enough for now.

But that’s not what drew me to Jean Redpath in1980, when I had the opportunity to meet her in Los Angeles as the official “Oral Historian” for the San Fernando Valley Arts Council—where I was employed under the last of President Jimmy Carter’s CETA grants. I was asked by my boss Joan Newberg—their Executive Director and creator of their Arts-for-the-Aging program for which I worked—if I had any interest in Robert Burns. “Is the Pope Catholic?” I replied. As a former English professor, I had a shelf full of his collected poems—in English and Scottish editions as well as American.

Joan then asked me if I would like to meet Jean Redpath. “Is the Pope Catholic?” I replied again. As a newly minted folk singer I also had a shelf full of Jean Redpath’s records—as the chief repository of Scotland’s vast treasure trove of folk music. After all, wasn’t Francis James Child’s five-volume collection (in Dover Reprints) of what because of him we have since dubbed “Child Ballads” called The English and Scottish Popular Ballads? It was; and as an English literature scholar-turned-folk singer, I had them all on my shelf—and had actually read them.

Had F.J. Child been alive in the mid-twentieth century and had access to Jean Redpath he would not have needed the 100s of sources he drew from to compile his anthology. Jean Redpath was a one-volume walking encyclopedia of Scottish ballads and songs—and a glorious performer to boot. She would have been source enough. 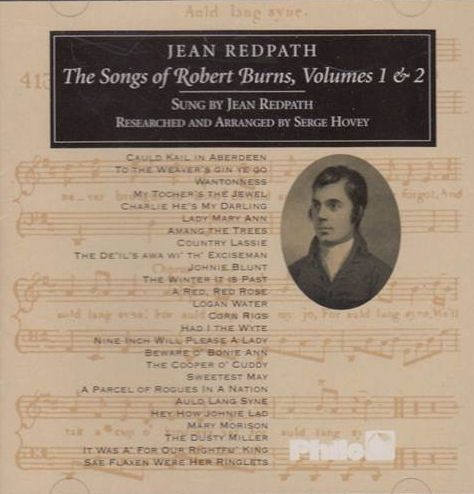 But I had another reason to be interested in her new recording project of Robert Burns’ songs. This was to be unlike any version of Burns’ songs previously available—and goodness knows he was no unsung poet. These songs had been arranged by a great American classical composer—who was also a member of the informal circle of artists who contributed to The People’s Songbook and its second volume Lift Every Voice—the organization Pete Seeger started to preserve and circulate American and world folk songs, labor songs and protest songs—all under one banner, instead of the usual way they were segregated into academic categories that kept them isolated and apart.

Pete Seeger called them all “People’s Songs,” and thereby created a unified field theory of folk music that transcended their rigid academic classifications. Today—more than sixty years later—we call it “World Music,” which is simply an outgrowth of Pete’s visionary world view.

Similarly, Pete cared not a whit if the artists who arranged the songs for these “People’s Songbooks” were folk singers or classical musicians and composers. Classical pianist Waldemar Hille edited the first People’s Songbook. A classical composer Earl Robinson created the musical setting for Alfred Hayes’ poem about Joe Hill—first recorded by Paul Robeson—whom Wally Hille accompanied when he performed at the First Unitarian Church in Los Angeles—where Wally—who had been blacklisted by the John Birch Society in Canada—became Music Director. 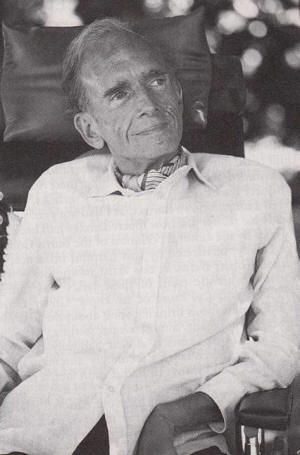 And another classical composer arranged two folk songs—Mexican and Israeli—for Lift Every Voice. His name was Serge Hovey. He lived in the Pacific Palisades. He had been working for years on a series of musical settings and arrangements of Robert Burns’ poems and songs. He knew who Scotland’s greatest folk singer was long before she became famous. He knew who he wanted to record his versions of Burns’ collected works. And he knew it wasn’t going to be easy. Serge Hovey couldn’t travel to Scotland; the mountain would have to come to Mohammed.

You see, Serge Hovey had advanced stages of ALS—Lou Gehrig’s Disease—and lived in an iron lung.

Before Jimmy Kimmel, before Bruce Willis, before Jimmy Fallon, before all the other celebrity-challenged celebrities took the ALS Ice Bucket Challenge, Scotland’s greatest folk singer reached out in a most personal way to someone who actually had ALS and gave him a bucketful of nice to drastically improve his life.

That was Jean Redpath, who passed away last month at 77 from cancer in an Arizona hospice, and left a legacy of recordings of Scottish folk music that one critic compared to Michelangelo in its grandeur and glory: “To call Jean Redpath a Scottish folk singer is a bit like calling Michelangelo an Italian interior decorator.”— Edinburgh Evening News

Her unparalleled influence and depth is reflected in her receiving the MBE—Member of the Order of the British Empire—embracing a lifetime of gracing nearly fifty album covers that gave Scotland’s music to the world.

She traveled to Los Angeles and came to meet the composer whose crowning achievement would become an epic seven-volume recording of the complete songs of Robert Burns—Scotland’s national poet. And I got to sit in on their first recording sessions—in his home studio in Pacific Palisades. You cannot imagine what this particular recording studio looked like, so I will describe it for you. Serge Hovey lay half reclined behind a translucent curtain on one side of the room—where he was hooked up to an iron lung that did his breathing for him. He was the thinnest man I ever saw—as close to pure spirit as the laws of physics would allow—really just a layer of skin over his skeleton—reminiscent of the photos from Auschwitz during the Holocaust. Except for one thing: Serge Hovey was beaming—his smile translucent as the curtain in front of him. Once could see the preternatural intelligence in his sparkling eyes—conveying a mystical joy in the most abject physical circumstances one could suffer and survive.

By this time he was no longer able to play the piano at which he had once composed—which now stood regally in the middle of the room. So, just as he had an iron lung to breathe for him Serge Hovey had a young pianist who took cues from him and played what he dictated. It was a symbiotic relationship of rare and elegant coordination—almost as if this pianist were in fact an extension of Hovey’s own brittle hands. A nod, a word, a mechanical cue—and Hovey’s magical arrangements took shape on a keyboard ten feet away. I could hardly believe my eyes and ears, but there it was—unlike any musical experience I have ever had.

On the other side of the room—delicately arranged in front of two million dollar microphones—was the voice of Scotland—Jean Redpath. She sang like an angel and played like Orpheus. Somehow, out of this strange amalgamation of the real and surreal one heard the songs of Robert Burns—lifted out of the mists of time and transported to a home recording studio in the Pacific Palisades, where a three great artists—Burns, Hovey and Redpath—collaborated to create a once-in-a-lifetime masterpiece.

I had heard Jean Redpath sing many times before—in ordinary folk music concerts that were nonetheless extraordinary in their power and beauty. But this was a gift from the Gods—and modern medical and recording technology.

In all her majesty, however, Jean Redpath was also as down-to-earth a performer as one could hope to encounter. She was a deadpan and hilarious storyteller and sang humorous songs with abandon—particularly those that displayed the stark differences between English as spoken by either the British or Irish and the Scottish dialect she was born to, such as the delightful nonsense song Tale Toddle. To track them down visit her website.

My favorite song of hers was the modern Scottish love song I Live Not Where I Love. Apparently, based on Highlands, his 16’ 31” love song to Scotland—neither did Bob.

Ross Altman has a PhD in Modern Literature; he may be reached at greygoosemusic@aol.com